The Sigma 19mm f/2.8 EX DN is a new affordable wide-angle prime lens for Micro Four Thirds and Sony NEX compact system cameras. It offers the equivalent angle of view as a 38mm lens on the Micro Four Thirds system and 28.5mm on the E-mount sytem. The Sigma 19mm f/2.8 EX DN features a rounded 7 blade diaphragm which creates an attractive blur to the out of focus areas of the image. It has a minimum focusing distance of 20cm /7.9in and a maximum reproduction ratio of 1:7.4. A linear AF motor moves the lens units directly without the need for gears or the drive of other mechanical parts. The Sigma 19mm f/2.8 EX DN lens is currently available for £169.99 / $280 in the UK and the US, respectively. 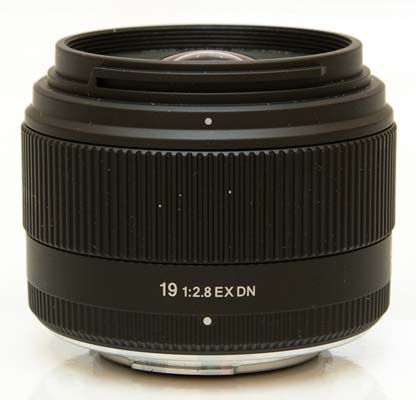 Weighing in at a mere 140 grams, the plastic-bodied Sigma 19mm f/2.8 EX DN is very lightweight. It's substantially longer than the rival Panasonic Lumix G 20mm f/1.7 ASPH pancake lens, though, and also strangely bigger than the 30mm lens that Sigma launched at the same time. As seen in the photos below, it complements a mid-sized Micro Four Thirds camera like the Olympus E-PL1 well. 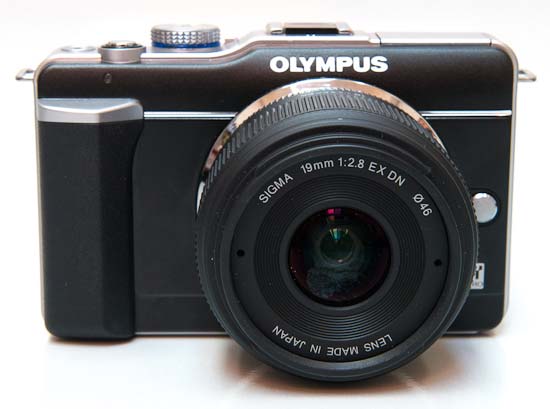 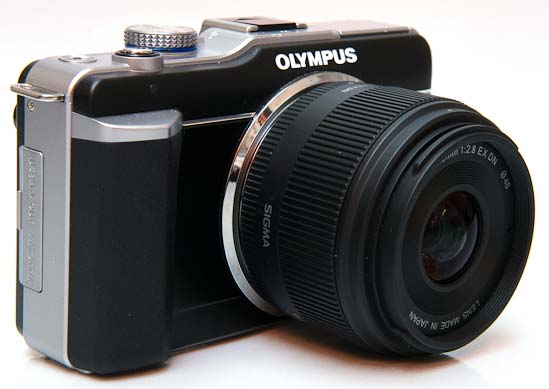 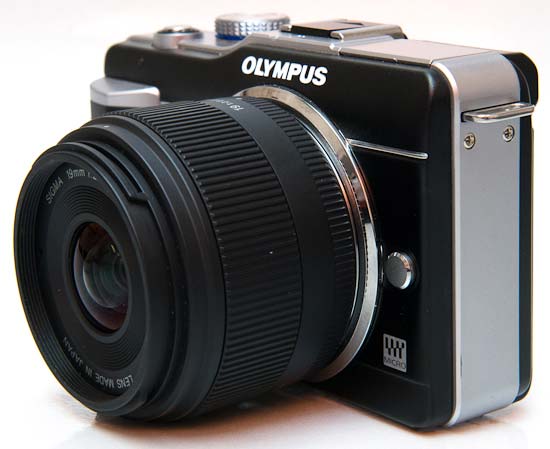 Build quality is pretty decent for what is a consumer lens. Most of the outer parts are plastic - contributing to the light weight of the lens - but the optical elements are made of high-grade glass. The focus ring is quite wide and ridged. 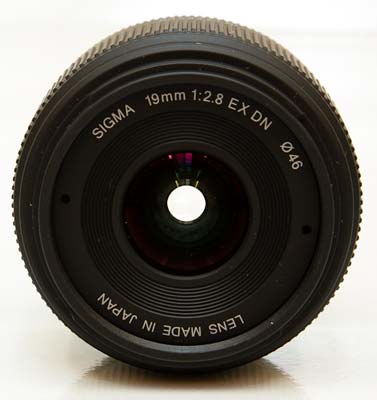 In terms of features, the Sigma 19mm f/2.8 EX DN offers all the basics that you need from a prime lens. The main exception is the lack of built-in Vibration Reduction, although the fast maximum aperture of f/2.8 makes up for this to some extent. 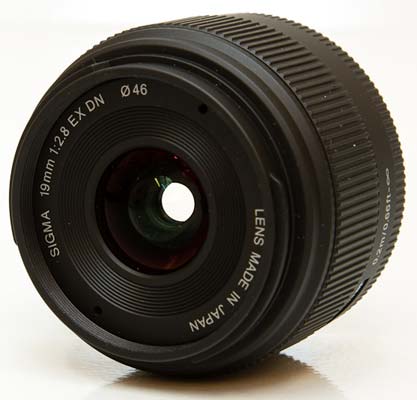 Focusing is usefully internal and manual focusing is possible when set on the specific camera body. The Sigma 19mm f/2.8 EX DN lens may have a lot of plastic parts, but the lens mount is, thankfully, made of metal. 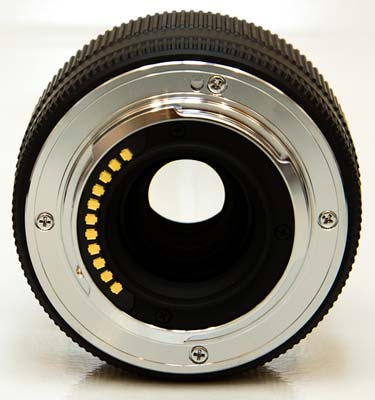 Surprisingly given its price, the Sigma 19mm f/2.8 EX DN ships with a good quality soft case, but sadly no lens hood. It accepts 46mm filters. 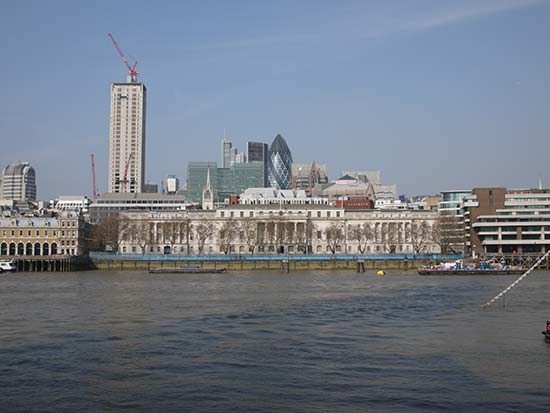 Field of view at 19mm

The Sigma 19mm f/2.8 EX DN lens has quite a wide focus ring. There are no hard stops at both ends of the range, making it a little more difficult to set focus at infinity. Polariser users should be pleased that the 46mm filter thread doesn't rotate on focus.

When it comes to auto-focusing, the Sigma 19mm f/2.8 EX DN zoom is a quick performer, taking about 0.2 seconds to lock onto the subject when mounted on the Panasonic Lumix DMC-GF3 that we tested it with.

We didn't experience much "hunting", either in good or bad light, with the lens accurately focusing almost all of the time. It's also a quiet performer, thanks to the newly developed linear AF motor which makes this lens well-suited to video recording.

With the lens set to its maximum aperture, there is a bit of light fall-off in the extreme corners, but it won't really affect your real-world shots. 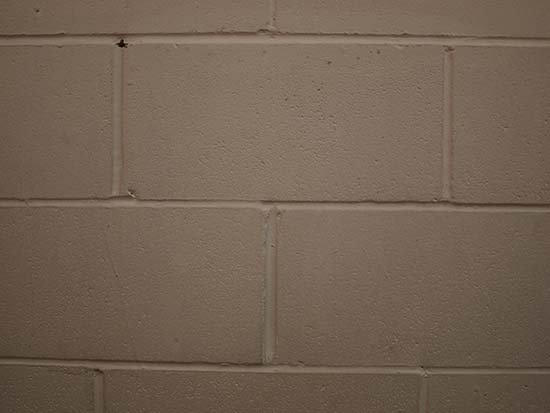 The Sigma 19mm f/2.8 EX DN isn't claimed to be a macro lens, but it delivers a pretty good performance nonetheless. It has a minimum focusing distance of 20cm/7.9in and a maximum magnification ratio of 1:7.4. The following example demonstrates how close you can get to your subject, in this case a Compact Flash memory card. 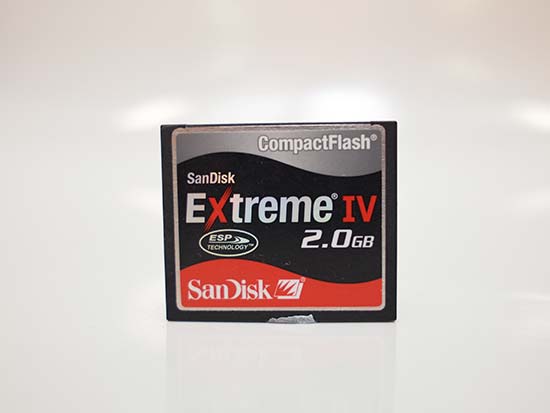 Bokeh is a word used for the out-of-focus areas of a photograph, and is usually described in qualitative terms, such as smooth / creamy / harsh etc. In the Sigma 19mm f/2.8 EX DN lens, Sigma employed an iris diaphragm with seven rounded blades, which has resulted in nice bokeh in our view. We do realise, however, that bokeh evaluation is subjective; so we've included several 100% crops for your perusal.