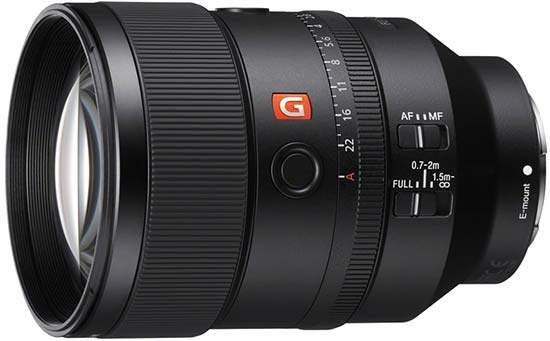 It has a near-circular 11 blade diaphragm, the most ever used in an Alpha lens, which creates a very attractive blur to the out-of-focus areas of the image, Sony's Nano AR Coating to reduce flare and ghosting, a fluorine coated front element, and it's also dust and moisture resistant.

Weighing in at 950g and measuring nearly 13cm in length, the magnesium alloy bodied Sony FE 135mm f/1.8 GM is certainly a substantial lens, rather dwarfing the A7R III camera that we tested it on (especially with the supplied lens hood fitted), as shown in the photos below. 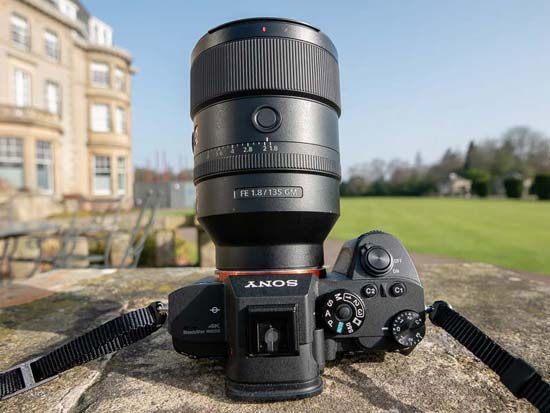 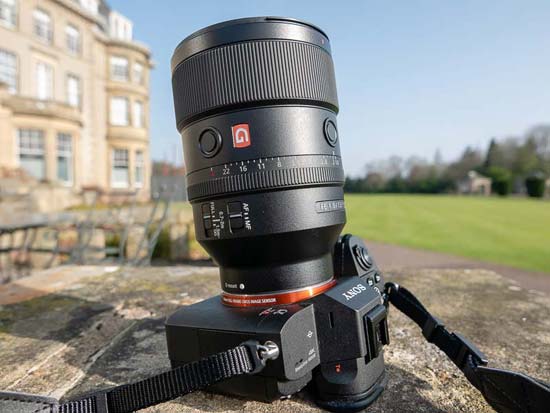 Build quality is once again excellent, certainly on par with other G Master lenses that we've reviewed, a relief given the price-tag.

The Sony FE 135mm f/1.8 GM has a sealed dust and moisture resistant design which makes it well-suited to life in both the field and the studio. It has a metal lens mount and accepts 82mm filters via metal threads. 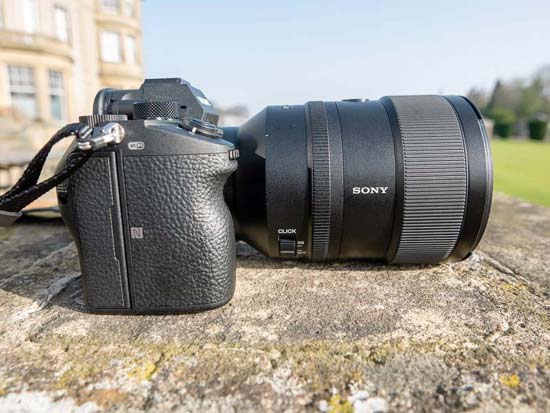 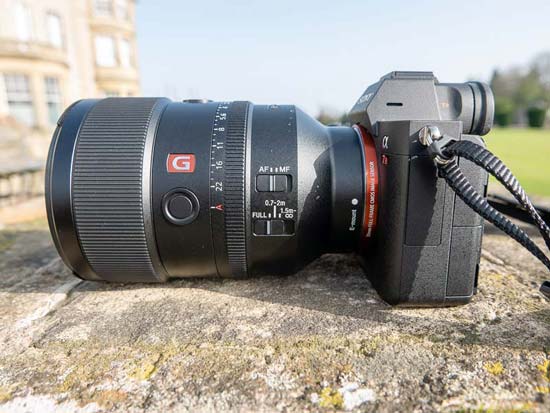 The Sony FE 135mm f/1.8 GM has two round Focus Hold Buttons which keep the lens locked to the current focusing distance, useful if you're auto-focusing and don't want the lens to try and find focus again. The preview function can also be assigned to these buttons through the camera's custom settings.

There's also a focus limiter switch with three options, Full, 0.7m-2m and 1.5m-Infinity, which is useful for helping to speed up the autofocusing if you know what the focus distance is going to be. 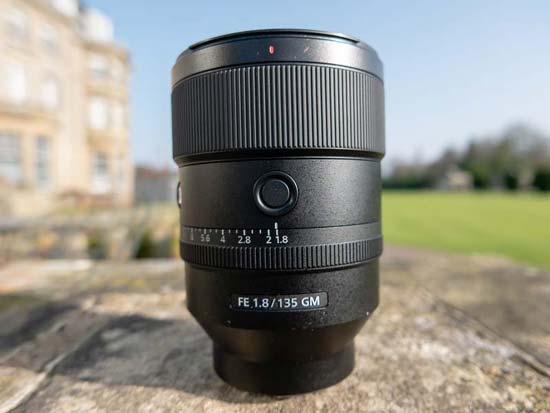 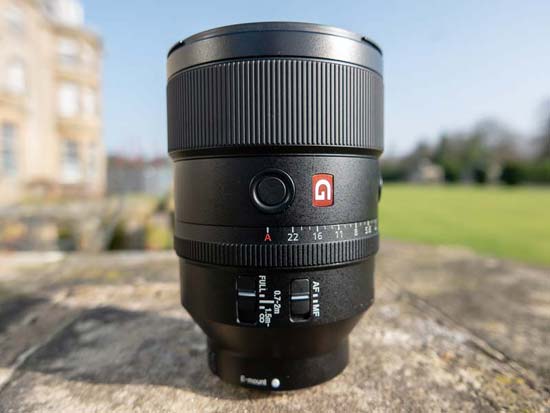 The Sony FE 135mm f/1.8 GM has a generously wide, ridged focus ring. Manual focusing is possible by using the dedicated AF/MF switch to toggle between AF and MF.

There are no hard stops at either end of the range, making it a little more difficult to set focus at infinity. Polariser users should be pleased that the 82mm filter thread doesn't rotate on focus. 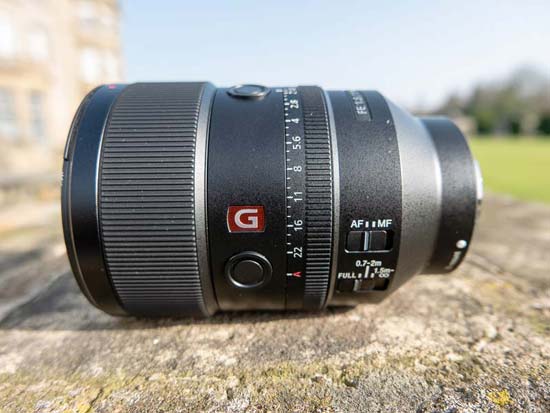 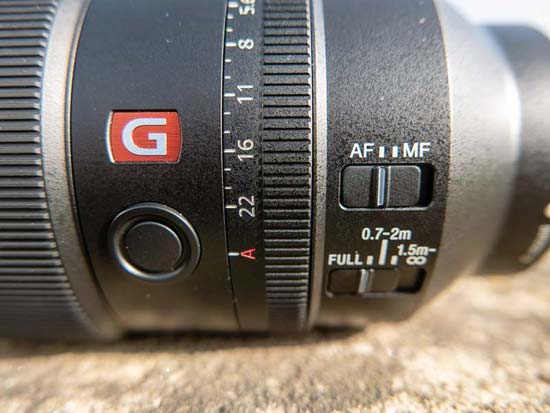 When it comes to auto-focusing, the Sony FE 135mm f/1.8 GM zoom is a fairly quick performer on the Sony A7R III that we tested it with, taking about 0.20 seconds to lock onto the subject. We didn't experience very much "hunting", either in good or bad light, with the lens quickly and accurately focusing almost all of the time. 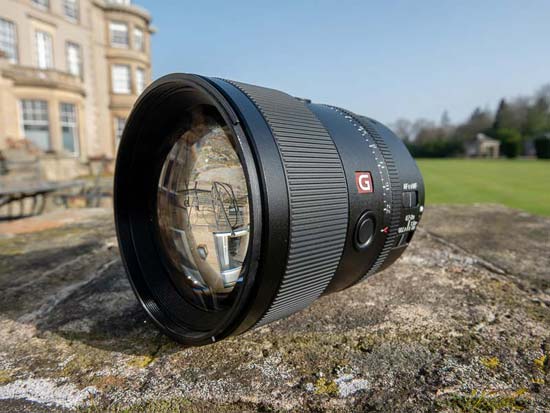 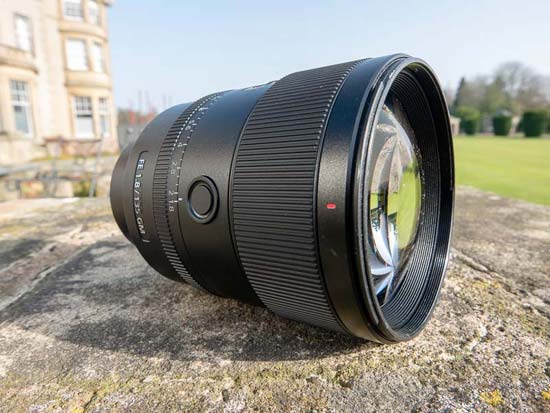 The Sony FE 135mm f/1.8 GM does not feature optical image stabilisation, so it relies on the camera body's own built-in stabilisation system.

The Sony FE 135mm f/1.8 GM features a manual aperture ring (1/3 EV stops from f/1.8-f/22) and can be easily de-clicked for smooth, silent aperture switching via the dedicated Click switch found on the underside of the lens. 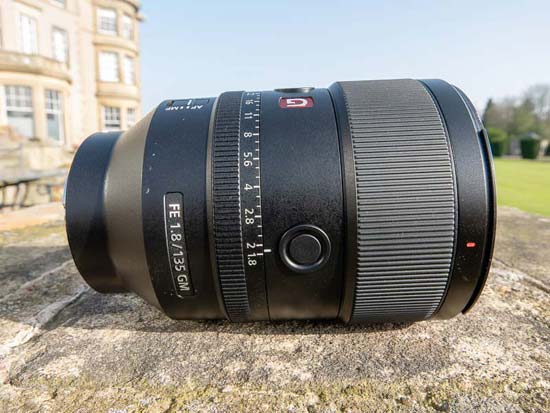 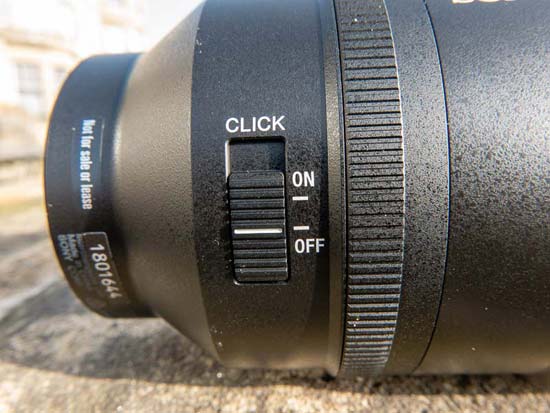 The Sony FE 135mm f/1.8 GM lens is commendably supplied with both a soft case and a good quality plastic round lens hood (ALC-SH156) which has a button to lock/unlock it. 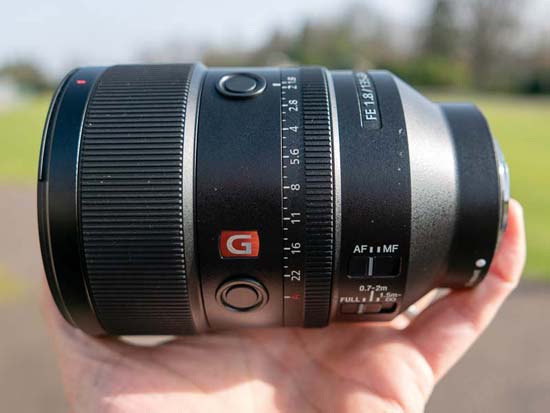 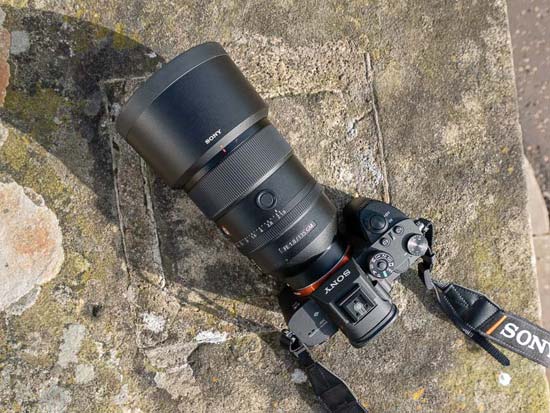 At the 135mm focal length the angle of view is 18 degrees. 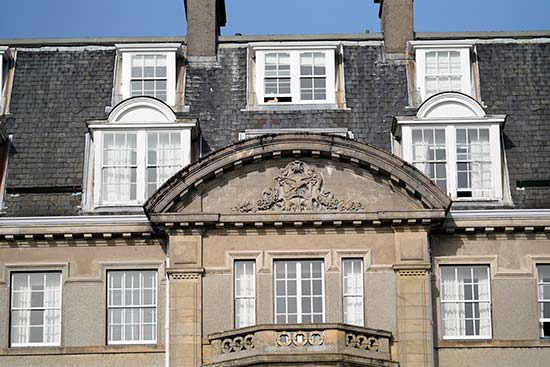 Chromatic aberrations, typically seen as blue or purple fringes along contrasty edges, were not apparent at all in our test shots.

With the lens set to its maximum aperture of f/1.8, there is some slight light fall-off in the corners, requiring you to stop down by at least 2 f-stops to completely prevent it, or easily remove it during post-processing. There's virtually no pin-cushion distortion evident either in the RAW files or the JPG files.

The Sony FE 135mm f/1.8 GM offers an impreesive minimum focusing distance of 70cm and a maximum magnification of 0.25x, which combined with the 135mm focal length make it possible to capture small subjects with impressive levels of background blur, if so desired. The following example demonstrates how close you can get to your subject, in this case a wine glass. 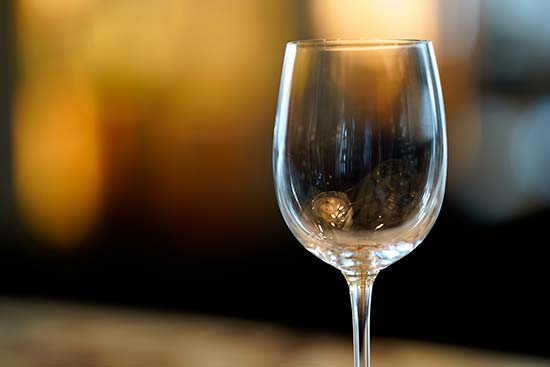 Bokeh is a word used for the out-of-focus areas of a photograph, and is usually described in qualitative terms, such as smooth / creamy / harsh etc. In the Sony FE 135mm f/1.8 GM lens, Sony have employed an iris diaphragm with 11 rounded blades, which has resulted in very appealing bokeh indeed. We do realise, however, that bokeh evaluation is subjective, so we've included all of the available aperture settings for your perusal.