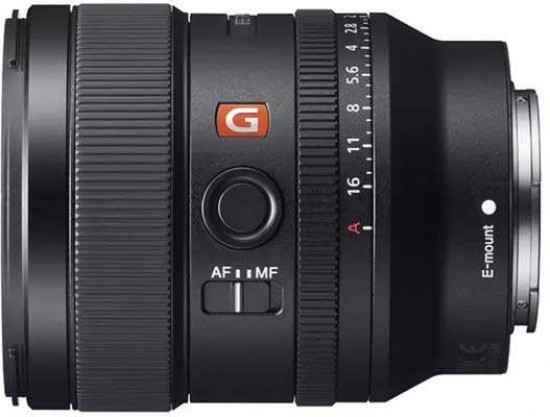 It features 13 elements in 10 groups including including two XA elements (0.01 micron) to help suppress sagittal flare (useful for astro-photography) and three ED glass elements, offers a minimum focusing distance of 24cm with a maximum magnification of 0.17x, and has a circular 11 blade diaphragm which creates an attractive blur to the out-of-focus areas of the image.

There's also a manual aperture ring that can be de-clicked for silent video shooting, an internal focusing mechanism which means the lens barrel doesn’t move, and the lens is also dust and moisture resistant.

Weighing in at 445 grams, the Sony FE 24mm f/1.4 GM is very light for a full-frame lens that offers such a fast maximum aperture, and it's also compact too, measuring 75.4 x 92.4mm. It's overall size and weight really complements a body like the Sony A7R III body that we tested it with, as shown in the photos below. 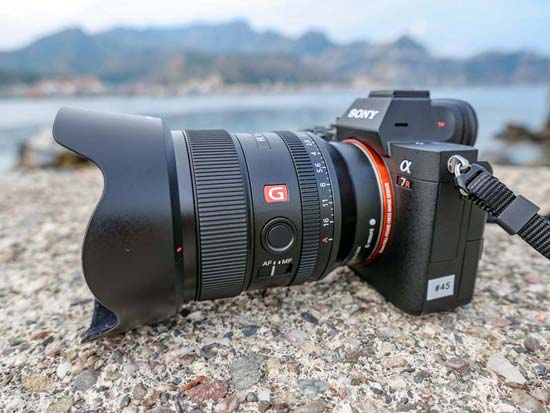 Build quality is excellent, in line with other GM lenses that we've tested, although given the high price-tag you'd expect this to be the case. The Sony FE 24mm f/1.4 GM has a sealed dust and moisture resistant design, although Sony stop short of saying that it's 100% weather-proof. 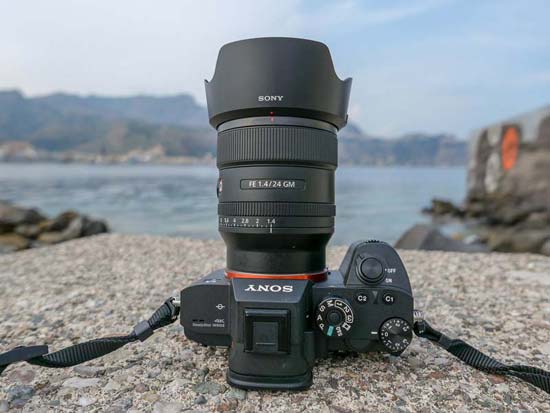 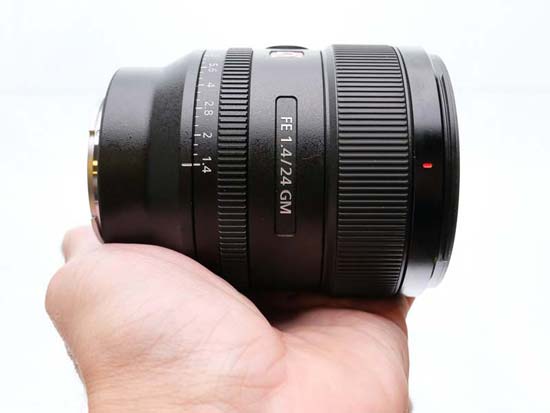 The lens has a fairly wide, ridged focus ring. Manual focusing is possible by using the focus mode switch to toggle between AF and MF.

There are no hard stops at either end of the range, making it a little more difficult to set focus at infinity. Polariser users should be pleased that the 67mm filter thread doesn't rotate on focus. 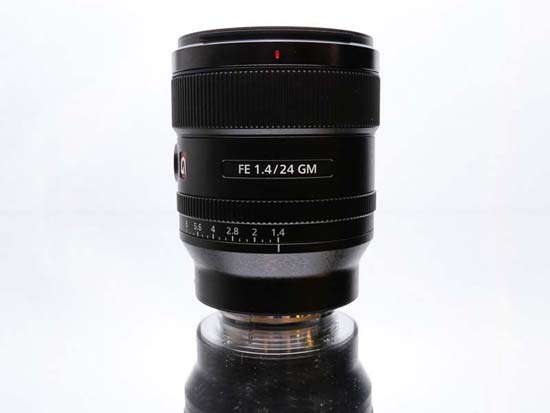 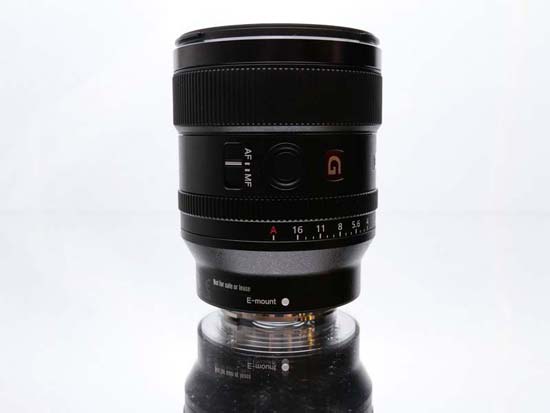 The lens utilizes a brand new DDSSM (Direct Drive SSM) motor to provide quiet and smooth auto-focusing, making it very well-suited to shooting video, with the overall lens length remaining constant during focusing thanks to an internal design.

When it comes to auto-focusing, the Sony FE 24mm f/1.4 GM zoom proved to be a very quiet and quick performer on the Sony A7R III camera that we tested it with. We didn't experience very much "hunting", either in good or bad light, with the lens accurately focusing almost all of the time. 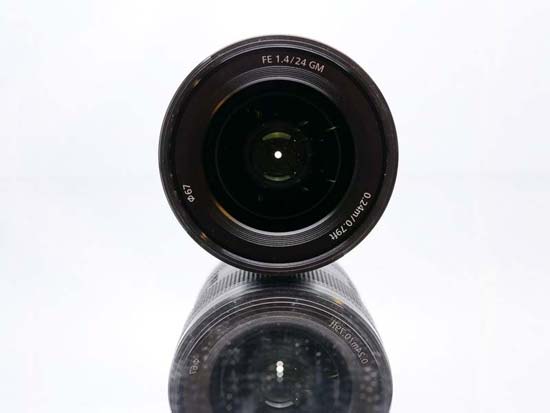 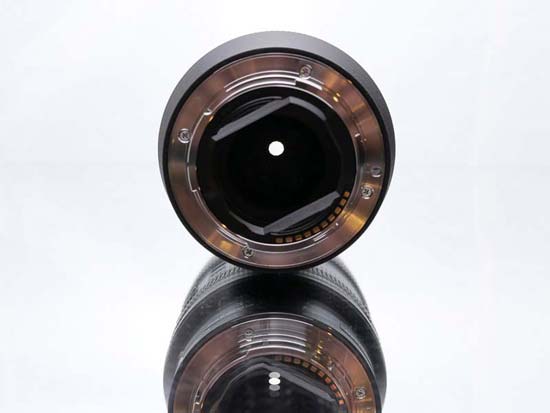 Sony's near flawless Eye AF worked perfectly with this lens, quickly locking onto and tracking the subject's eye despite the wide-angle of view.

The Sony FE 24mm f/1.4 GM lens features an aperture ring that has 1/3EV stops ranging from f/1.4 to f/16 and an Auto setting. A switch on the bottom-right of the lens barrel lets you select whether the aperture ring clicks into place at each aperture stop or rotates smoothly for silent operation during movie recording. 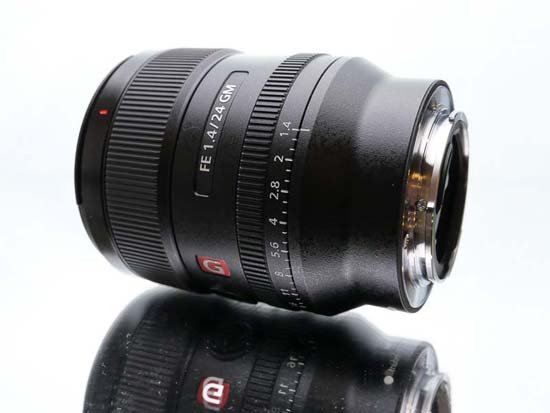 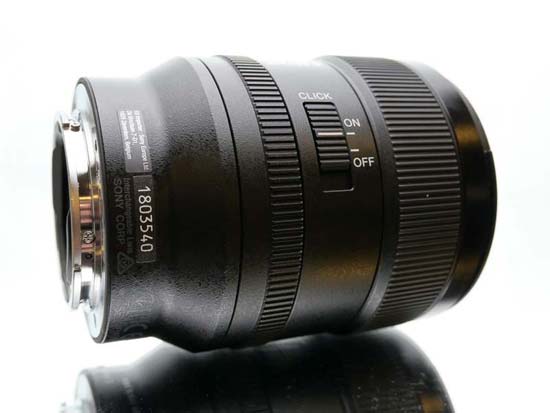 The lens also has a customisable focus hold button which keeps the lens locked to the current focusing distance, useful if you're auto-focusing and don't want the lens to try and find focus again. It can also, amongst other things, be usefully set to Eye AF. 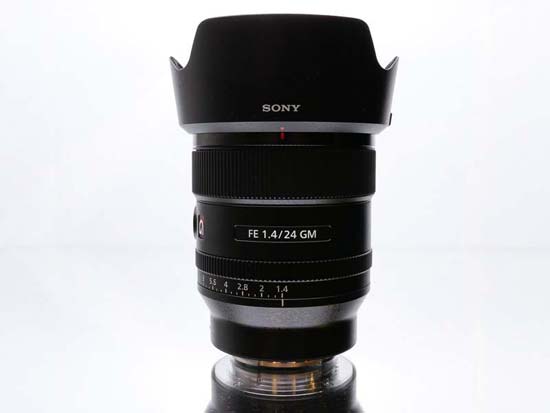 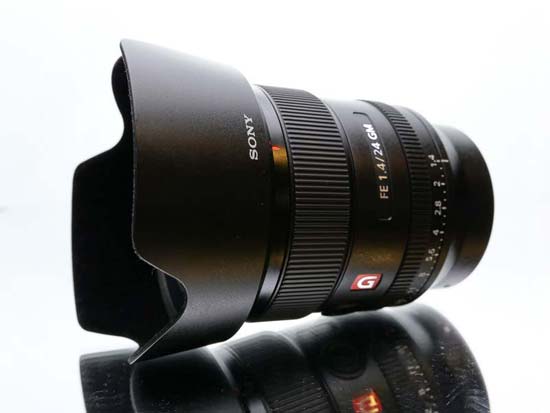 The Sony FE 24mm f/1.4 GM lens is commendably supplied with both a soft case and a good quality plastic petal-shaped lens hood with a lock button.

At the 24mm focal length the angle of view is 84 degrees. 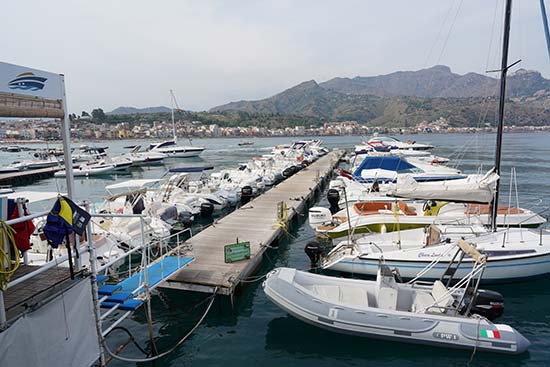 Chromatic aberrations, typically seen as blue or purple fringes along contrasty edges, were not really apparent in our test shots, only appearing in very high contrast areas. The 100% crop below shows the worst-case scenario.

With the lens set to its maximum aperture of f/1.4, there is some noticeable light fall-off in the corners, requiring you to stop down by at least 2 f-stops to prevent it. Barrel distortion is very well controlled for such a wie-angle lens. 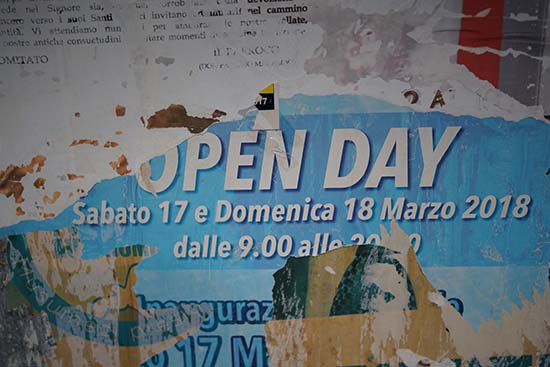 The Sony FE 24mm f/1.4 GM certainly isn't claimed to be a macro lens, but you can get pretty close to your subject thanks to a minimum focusing distance of 24cm, with a maximum magnification of 0.17x. 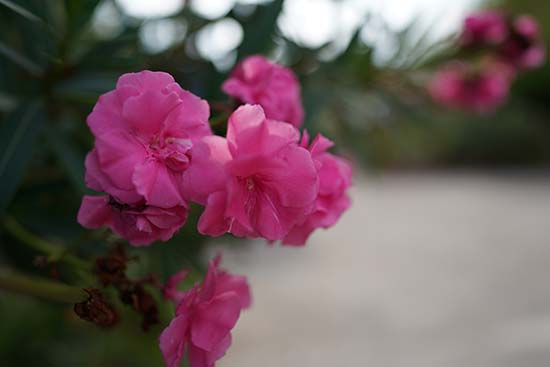 Bokeh is a word used for the out-of-focus areas of a photograph, and is usually described in qualitative terms, such as smooth / creamy / harsh etc. In the FE 24mm f/1.4 GM lens, Sony employed an iris diaphragm with 11 rounded blades, which has resulted in very appealing bokeh for such a wide-angle lens. We do realise, however, that bokeh evaluation is subjective, so we've included several examples for your perusal.