Canon and Nikon have been producing (relatively) cheap and cheerful 50mm fast standard prime lenses for decades, and now Sony full-frame E-mount users can boast a nifty/thrifty fifty of their own in the new Sony FE 50mm f/1.8. Prior to this, if you wanted an E-mount fast prime in the 50mm focal length range with full-frame coverage, your only choice was the Sonnar T* FE 55mm f/1.8 ZA, which offers stellar performance, providing you’ve got a spare £859/$900. The new FE 50mm f/1.8 can be had for a much more palatable £240/$250, although compared to a £97/$125 Canon EF 50mm f/1.8 STM, it’s clear Sony doesn’t want to keep its margins too tight.

You do get a new optical design for your money though, featuring an aspherical element to minimise aberrations. The Sony FE 50mm f/1.8 lens also incorporates a 7-blade circular aperture for smoother background bokeh blur, but that’s about it as far as features go.

Part of the appeal of well-priced 50mm fast primes is their low weight, and at 186g, the Sony FE 50mm f/1.8 manages to undercut even the APS-C-only E 50mm 1.8, though this optic does include image stabilisation. The FE 50mm is also a very compact lens, with a 68.6mm diameter and 59.5mm length. 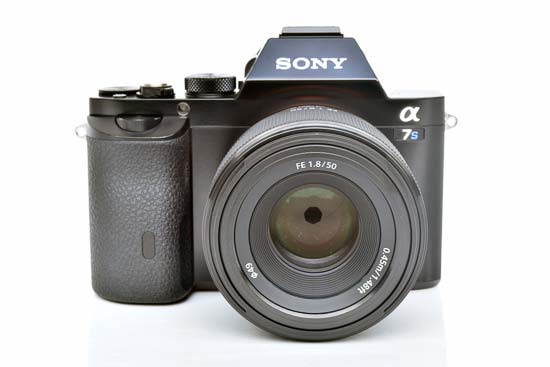 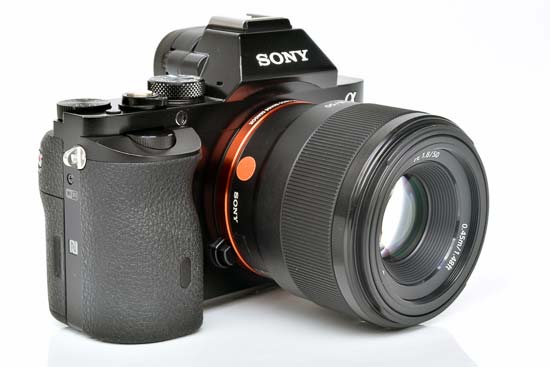 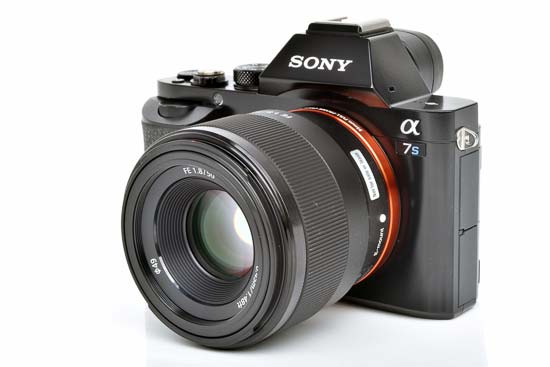 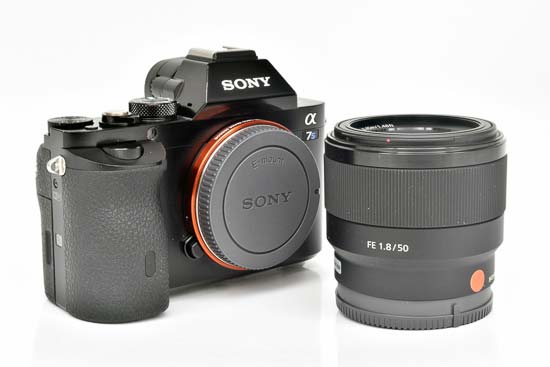 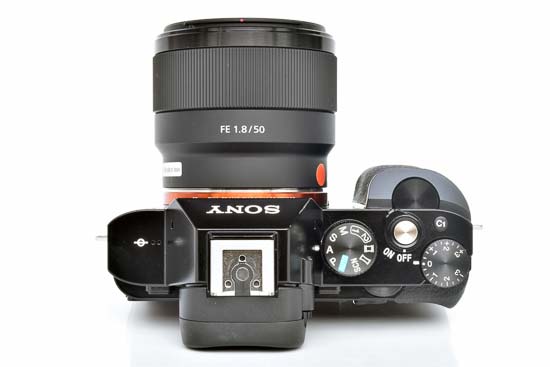 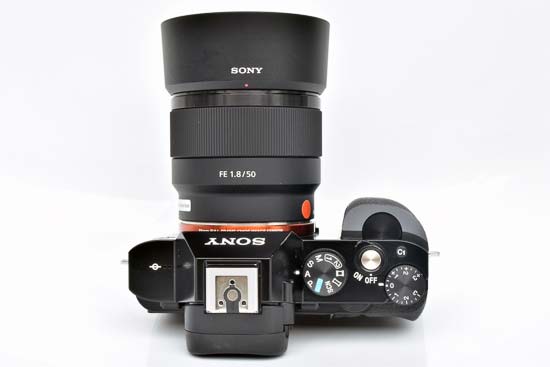 The Sony FE 50mm f/1.8 lens mounted on a Sony A7S with the supplied hood fitted

It’s no surprise that the FE 50mm’s barrel construction is all-plastic, but at least the lens mount is metal, and the optic as a whole feels well made, although we wouldn’t want to drop test it. 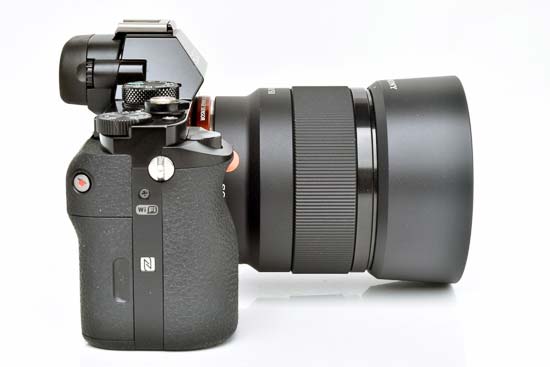 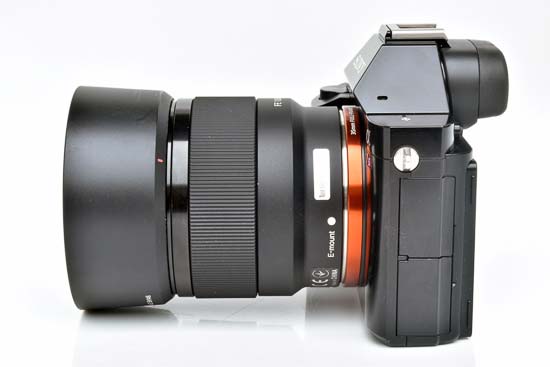 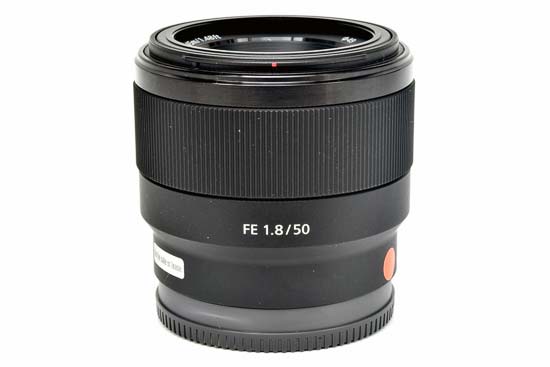 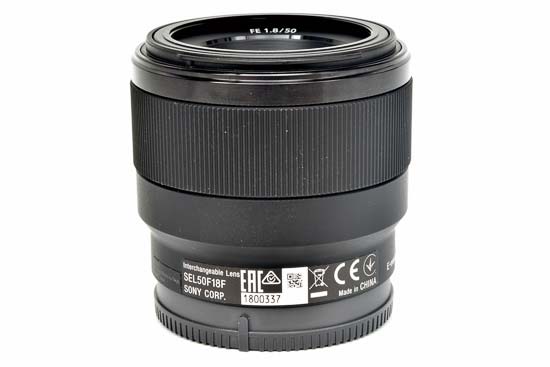 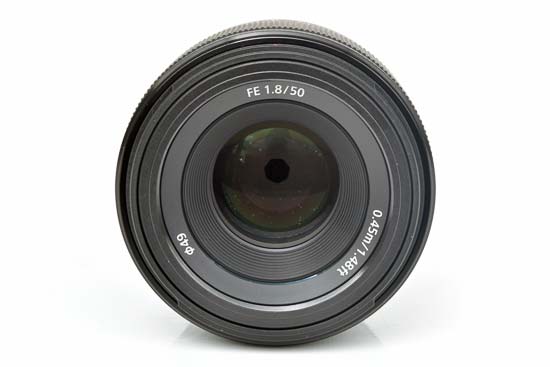 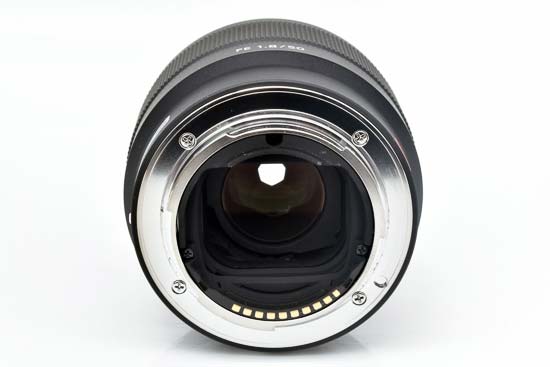 With no internal image stabilisation or indeed any special extra features, there are no barrel switches to negotiate, leaving you to set focus options from the camera. A large manual focus ring dominates the lens barrel. It’s smooth and precise, though there are no lens stops as manual focussing doesn’t directly actuate the lens elements. 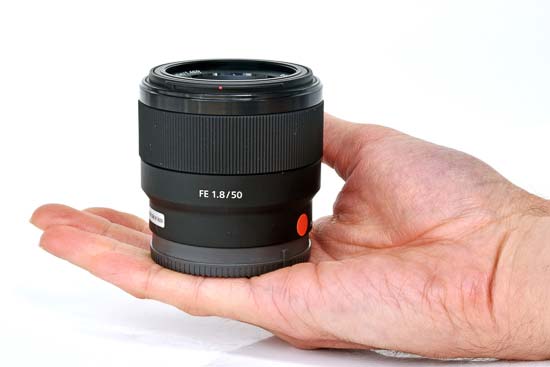 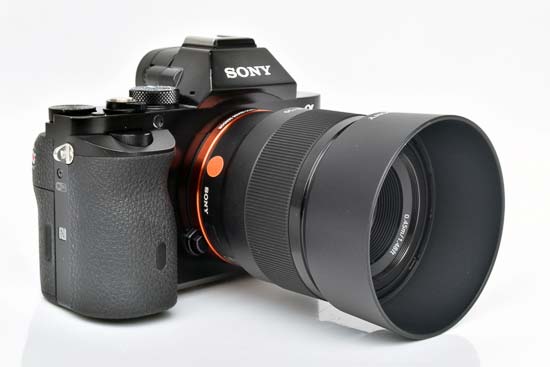 A 50mm focal length gives an angle of view of 47 degrees on 35mm full frame sensor. Mount the Sony FE 50mm f/1.8 to an APS-C camera and you’ll have a focal length equivalent to 75mm, resulting in a 32-degree angle of view. 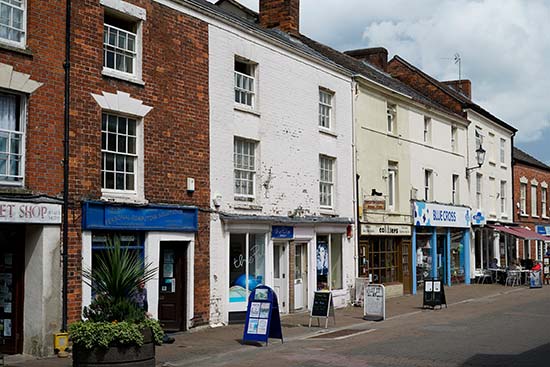 Compromises have had to be made to bring the Sony FE 50mm f/1.8 in at a reasonable price, and the most notable is its autofocus performance. Sony has implemented a basic DC motor rather than a more sophisticated ring-type ultrasonic system, and the result is relatively slow and noisy focussing. Consequently you’ll regularly have to wait approximately one second for the lens to focus hunt, though the system doesn’t tend to slow any further in low light and is usually very accurate.

Videographers certainly won’t appreciate the amount of autofocus noise though, especially when we’ve become used to the near-silence of many modern in-barrel autofocus systems. Noise levels aren’t conspicuously loud, but they are reminiscent of older in-body screw-drive AF systems.

Focussing isn’t completely internal, so the FE 50mm’s front element can extend by around 1cm, though it doesn’t rotate. Minimum focus distance is 45cm.

Even without exploiting Sony’s in-camera aberration correction, the FE 50mm is very resistant to fringing and you’ll have to shoot extremely high contrast scenes and scrutinise very closely to spot any. 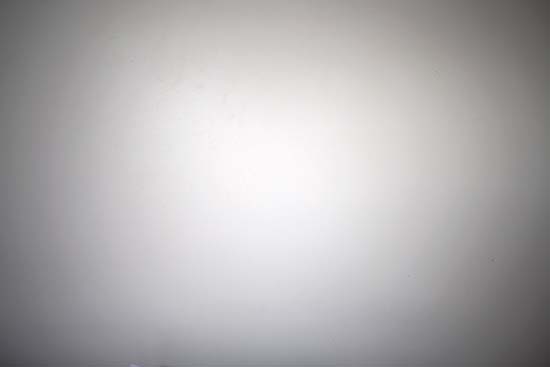 Stare for long enough at shots of brick walls or other obviously geometric subjects and you may notice a trace of wavy barrel distortion, but it’s negligible and rarely noticeable. 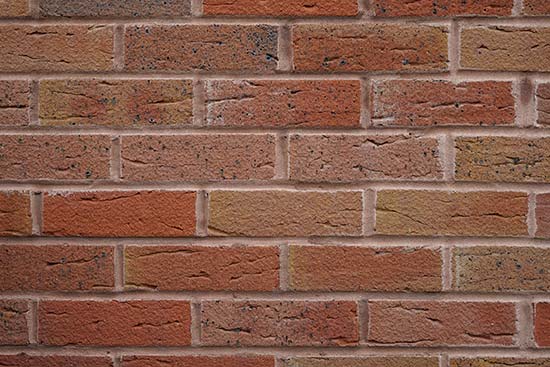 The rounded 7-blade diaphragm in the Sony FE 50mm f/1.8 produces very smooth bokeh at close range and at apertures of f/5.6 and larger, though more distant out of focus trees and foliage can look slightly messy. Bokeh is however a fairly subjective part of a lens’ image quality, so check out these 100% crops to see the FE 50mm’s bokeh quality for yourself.