Listening to the cries of demanding more affordable lenses for its A7 cameras, Sony has recently responded by announcing a range of lenses aimed at those who budgets don’t stretch to the the Zeiss or G Master FE lenses. First to be released was the FE 50mm F1.8 lens, which has now been closely followed by another 50mm lens, this time the FE 50mm F2.8 Macro, which costs £500/$499. With the more expensive the Sonnar T* FE 55mm F1.8 ZA, which is around £859/$900, and the Sony FE 55mm F1.8 ZA Carl Zeiss Sonnar T* at £749/$999, Sony A7 owners now have a range of standard lenses to chose from, and those that want to shoot macro images now have a half price alternative to the FE 90mm F2.8 Macro G OSS, which costs £1079/$1099.

So the FE 50mm f/2.8 Macro lens is an intriguing prospect, adding macro capability to a standard focal length lens. The question is what comprises have been made to allow Sony to introduce the lens at, what they see, as an affordable price?

For an entry level lens there is quite a lot to talk about on the FE 50mm F2.8 Macro lens. To start  with the 8 elements arranged in to 7 groups produce a lens that is a little heavier and larger than a standard 50mm lens. The 50mm macro weighs 236g and measures 70.8 x 71 mm, which feels well balanced on the Sony A7 cameras. To give you an idea of the relationship between camera and lens size, I found it comparable, in terms of scale and balance, to using a kit lens on an entry-level DSLR. With a reasonable price you may expect the build quality to be comprised, but the lens has an all metal construction, including the lens mount, and it feels solid in hand, matching the build of the A7 series  cameras. 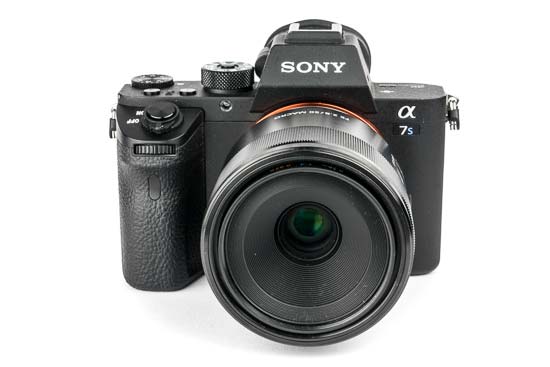 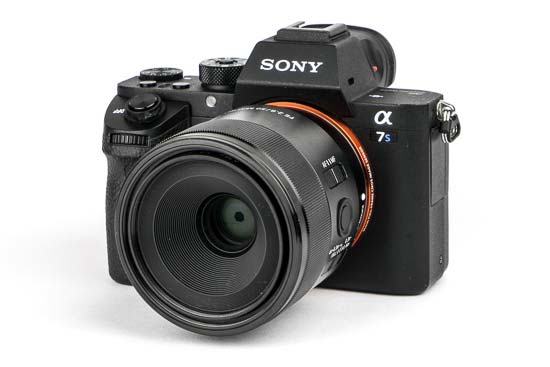 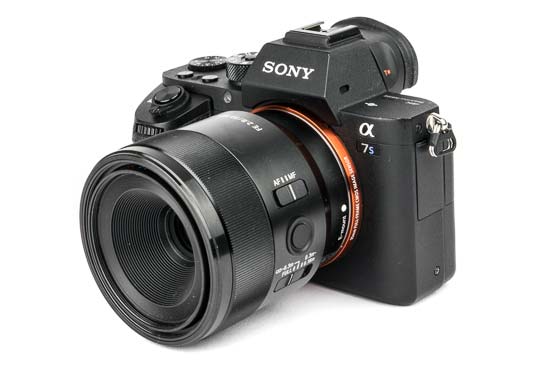 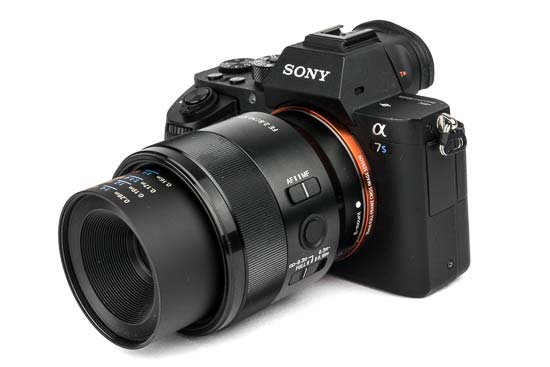 One thing to note is that the lens increases in length significantly when using the close-up portion of the focusing range. The inner barrel doesn’t wobble, or rattle, which is reassuring when focusing needs to be critical for macro shots, However the extension adds around 30% to the length of the lens. With a minimum focusing distance of 16cm (which remember is from the focal plane/sensor surface to the subject, not the front of the lens), this means the front elements is just a few centimetres from the subject, which can make it a tricky getting macro shots of insects. This is, of course, true of all 50mm macro lenses, but is worth pointing out if this is to be your first macro lens and you want to photograph insects close-up. 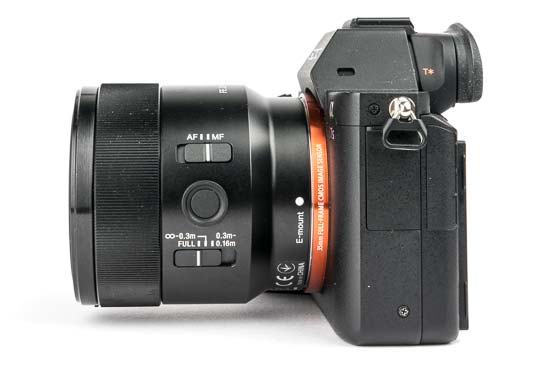 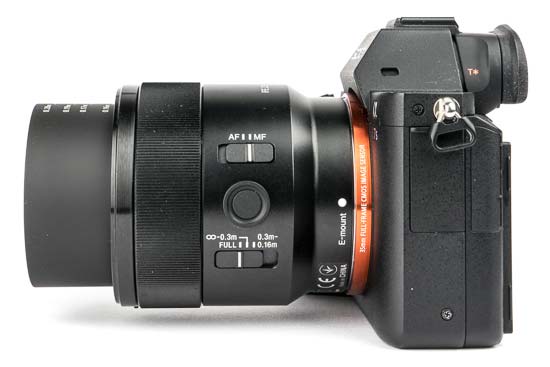 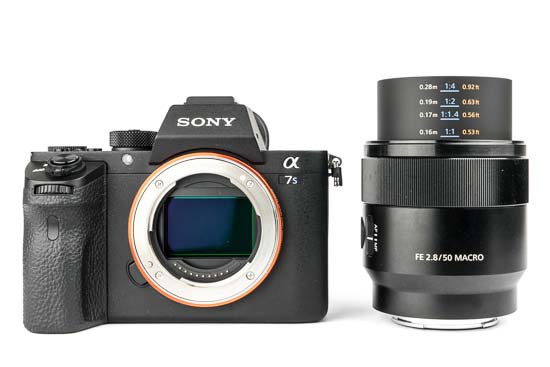 It is also worth noting that the lens has no image stabilisation. The second generation of Alpha 7 cameras all come with in-built sensor based stabilisation, but owners of the original A7 cameras will need to keep shutters speeds a fast as possible. With such shallow depth of field when shoot at 1:1 magnification the problem with shooting handheld is often back to front movement, which can’t be corrected with any type of stabilisation, so to really get the full potential of this lens you will need a tripod. 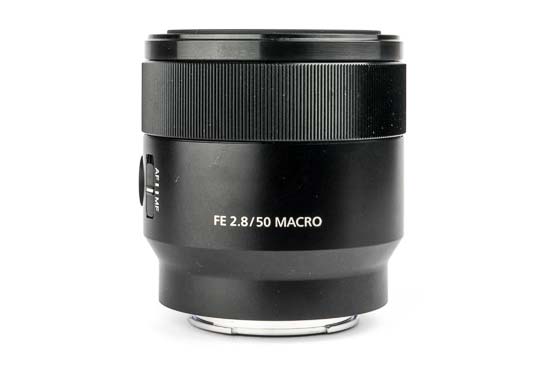 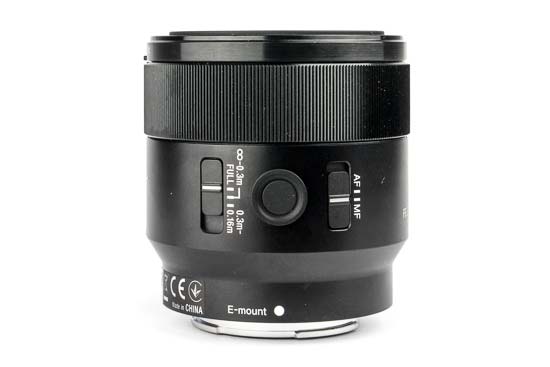 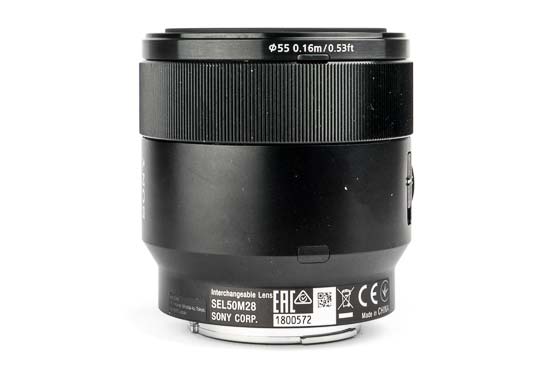 There are a few additional features on the lens. On the side of the barrel is a focus lock button, which seems more useful than i found it actually is. Below this button is a focus limiter with three different settings. You can select from the full range, 16cm to 30cm and 30cm to infinity. For general shooting switching to the 30cm - infinity setting is great, reducing the large macro range of the lens, and in turn helping the lens achieve focus quicker. However, the 16cm-30cm macro setting covers a very large range that requires long physical movements of the lens. Using this macro range doesn’t help speed up focusing much at all, but more on this shortly. 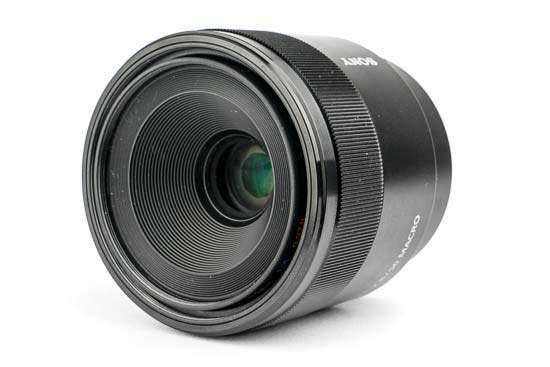 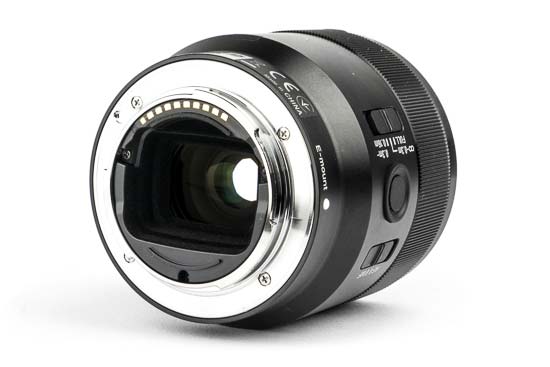 Other than the features mentioned the lens is very straightforward. There is no aperture ring and the lens is focused using an infinitely turnable electronic focus ring. There is no lens hood included, or available, but there is a 55mm filter thread. 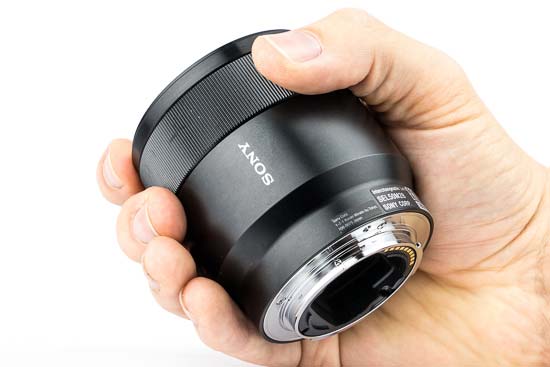 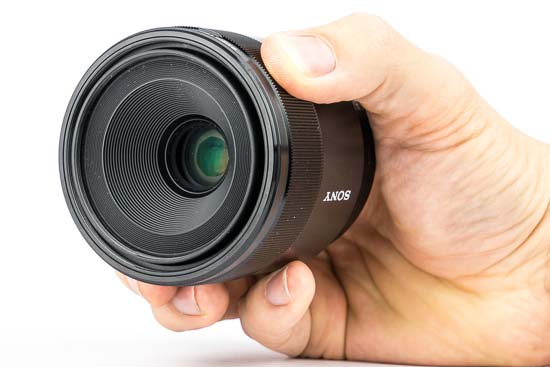 As a classic 50mm standard lens, the Sony FE 50mm F2.8 Macro lens gives an angle of view of 47 degrees on 35mm full frame sensor. Mount the lens to an APS-C camera, such as the new Sony A6500, and you’ll have a focal length equivalent to 75mm, resulting in a 32-degree angle of view. 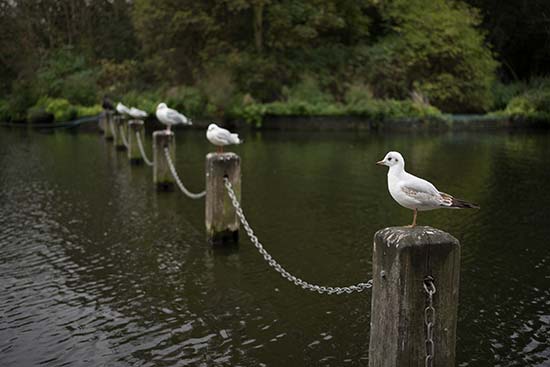 Like the Sony FE 50mm F1.8 lens, the biggest compromise of the FE 50mm F2.8 Macro lens is the use of a standard AF motors, as opposed to the much quieter and faster systems we are more used to finding in contemporary lenses. In this regard the focusing system of FE 50mm F2.8 Macro is quite dated, both in terms of speed and sound.

Focusing accurately with the FE 50mm F2.8 Macro lens isn’t a problem. Using the Sony A7S’s contrast detection system produced sharp images even in low light, however, depending on the focus distance it can take some time to achieve that focus. Between about 1m and infinity the lens will quickly find focus - it is fast, without ever being fast enough to be called ‘snappy’. However, switch to doing some close up work and the amount of racking back and forth the lens has to do becomes too much for the motors and I found that it can take as long as 3secs to focus from infinity to minimum focus distance. There is very little hunting, it is simply the physics of moving the lens elements with the given AF motors. It is again worth noting here that switching to the generally faster phase detection AF systems of second generation of A7 cameras wont help speed things up - the bottle neck in speed comes from the lens itself. It would help things if the focus range limiter had an additional setting for the very closest distances.

If you are thinking of shooting video with this lens then you should probably forget about it. Autofocusing the lens isn’t an option, at least for macro work as it is simply too slow and noisy. Manually focusing using the electronic focusing ring offers plenty of rotation for fine tuning, but for tracking an insect moving you simply wont be able to keep up.

It should be remembered that Sony employ in-camera chromatic aberration correction in JPEG files, and in raw files. Most software will read the embedded correction data in raw files, including Adobe Camera Raw and Lightroom. Some see this as cheating, but I think that it is just taking advantage of one of the great aspects of digital photography. The FE 50mm f/2.8 lens does suffer from some green/magenta chromatic aberration when shooting very high contrast edges with the widest aperture settings. However, by the time you are looking at the image in Adobe Camera Raw it is a mere slither that is easily removed with the softwares chromatic aberration removal sliders.

Wide open the FE 50mm f/2.8 Macro lens shows noticeable vignetting. The pattern of the fall off is a nice graduated transition, with no sudden drop of in the corners. With this in mind it shouldn’t be an issue unless you are shooting against a wide background, in fact for some macro images it may naturally help draw the eye to the subject in the centre of the frame. Stopping down to f/4 reduces the effect of the vignetting, and stopping down to f/5.6 reduces it further still. However, it is present throughout the aperture range, although again, in all but the most clinical of situations it wont be noticeable. Once again, the Adobe correction profiles for the lens quickly took care of removing the shading at a press of a button. 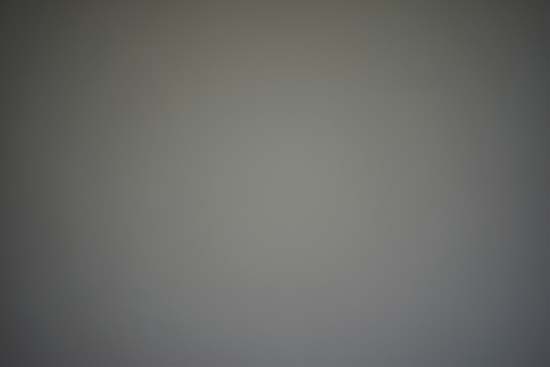 Out of the hundreds of images that we took with the lens there was no noticeable curvilinear distortion. In fact it was only when photographing a sheet of graph paper that we noticed the merest hint of barrel distortion at the very edges. Opening the images in Adobe Lightroom confirmed this. Using the default lens profile for the FE 50mm F2.8 Macro lens shows that it is only the very edges that are slightly off line, and in isolation it isn’t noticeable, it is only really visible when you turn the effect on an off. 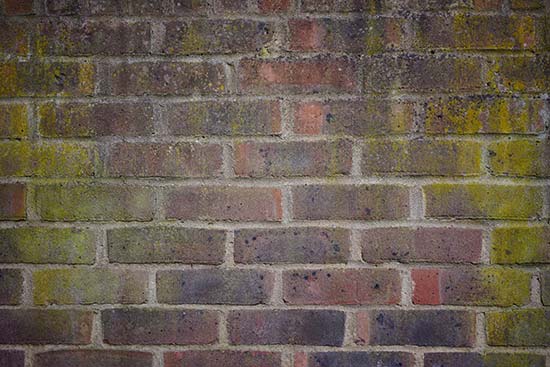 The Sony FE 50mm F2.8 Macro has a minimum focusing distance of 16cm/0.53ft and a magnification reproduction ratio of 1.0x. The following example demonstrates how close you can get to your subject. 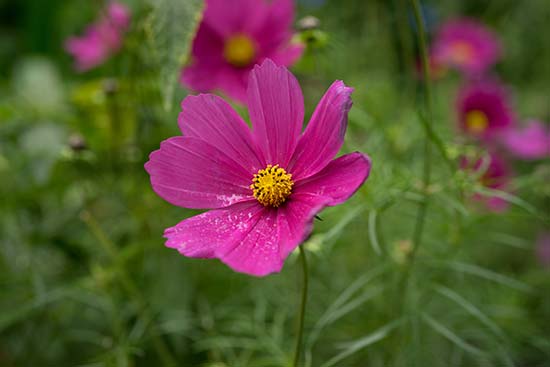 In a similar design to the FE 50mm F1.8 lens, the FE 50mm F2.8 Macro has 7 rounded aperture blades, although when you look at the specular highlights you can still see the heptagonal shape rather than a perfect circle. However, the edges are reasonably rounded, so busy backgrounds don’t suffer too badly from jagged bokeh. Obviously at f/2.8 the aperture is fully open and is a perfect circle, so at this setting out of focus areas blend together smoothly, with specular details being perfect circles. See our 100% crops to see for yourself.