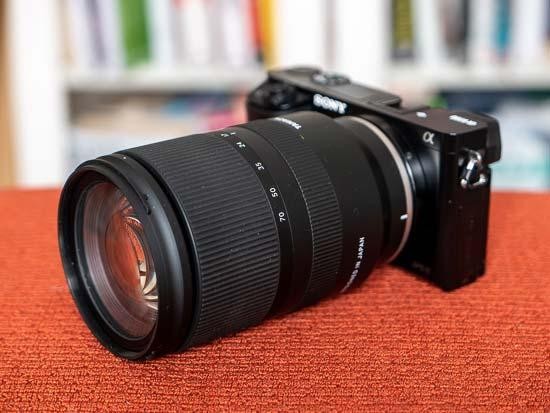 There aren't too many premium standard zoom lenses available for Sony's range of APS-C mirrorless cameras, so it's great to see Tamron providing another option in the shape of the generally very good 17-70mm F/2.8 Di III-A VC RXD.

It does suffer from a few image quality issues - most notably obvious distortion at both ends of the zoom range, busy onion-ring bokeh effects, and flare when including a strong light source in the frame.

Sharpness is excellent in both the centre and edges, throughout most of the focal and aperture ranges, even when shooting wide-open at the fastest F2.8 maximum aperture. It does drop off at the 70mm focal length, though, requiring you to stop down to f/5.6 to achieve a satisfactory level of sharpness.

The lens is usefully weather-sealed, another indication of its serious credentials, as is the inclusion of Tamron's Vibration Compensation image stabilization system, which gives it a big advantage over its main rival, the non-stabilised Sony E 16-55mm f/2.8 G.

We were disappointed by the complete lack of any physical controls on this lens though - having to delve into the complex Sony menu system every time you want to change the focus mode or turn the stabilisation on and off proved to be somewhat annoying.

On a more positive note, auto-focusing proved to be quick, reliable and quiet, in both good and bad light - it was so reliable that we never had cause for complaint. The manual focusing ring doesn't feel particularly great, though, being too "light" in its action.

If push came to shove, we'd still pick the Sony E 16-55mm f/2.8 G despite its lack of stabilisation, as it has a slight edge over the new Tamron 17-70mm in terms of its image quality, build quality, manual focusing and physical controls.

If you're in the market for a versatile standard zoom lens with a fast maximum aperture, the new Tamron 17-70mm for Sony lens should definitely be towards the top of your shopping list.