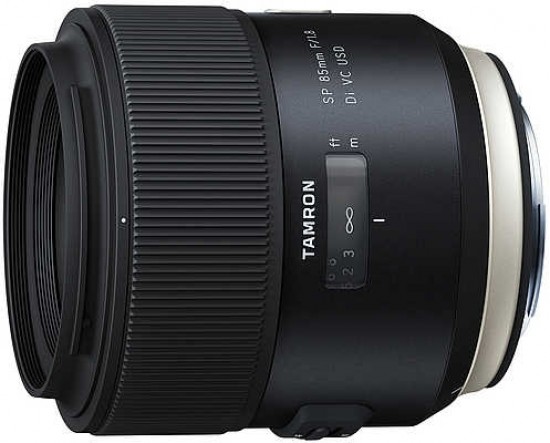 The new Tamron SP 85mm f/1.8 Di VC USD is an exciting lens, offering built-in vibration compensation and weather-sealing, which the comparable lenses from Sigma, Canon and Nikon do not feature. As you'd expect from Tamron, the price is also very appealing despite the excellent build quality, undercutting the Nikon/Canon competition by several hundred pounds/dollars. The cheaper Sigma 85mm f/1.4 EX DG HSM lens is faster at f/1.4, though, while Nikon and Canon both offer faster f/1.4 and f/1.2 lenses respectively.

Image quality is very good, with excellent center and edge sharpness throughout almost the entire aperture range. The notable optical issues are some obvious green and purple colour fringing effects, prominent corner shading at the maximum aperture, and a slight lack of sharpness when shooting wide-open at f/1.8 and stopped-down at f/16.

The Tamron SP 85mm f/1.8 Di VC USD is a more affordable alternative to the OEM offerings from Nikon and Canon, with the added benefits of an effective image stabilisation system and weather-sealing. The f/1.8 maximum aperture isn't as fast as its main rivals, though, so you need to decide which features are most important and just how much money you're prepared to spend on a premium short telephoto prime lens...