This 18mm ultra-wide addition adopts its siblings’ sleek styling and also incorporates an unusual OLED display to show information like focus distance and depth of field. The Zeiss Batis 18mm f/2.8 is also fully weather sealed and features a rugged metal barrel construction. Inside are a total of 11 lens elements in 10 groups, four of which are aspherical, and seven utilising what Zeiss cryptically call 'Special Glass'. Zeiss' T* anti-reflective coating is also present, as is a Linear Autofocus motor for fast, smooth and quiet autofocussing.

Unsurprisingly, however, all this quality doesn't come cheap. Expect to pay £1189/$1499 if you want this premium ultra-wide optic.

Three things are immediately striking about the Batis 18mm. Firstly, it gets the same smoothed look as the other lenses in the Batis range. This streamlining extends to the focus ring, which is shaved of the usual ridges or knurling found on most lens barrel rings. It seems like this could compromise grip, but the rubber finish is grippier than most, without being sticky and attracting dust. The only scenario where the lack of ridges could be an issue is in things get slippy in wet weather. 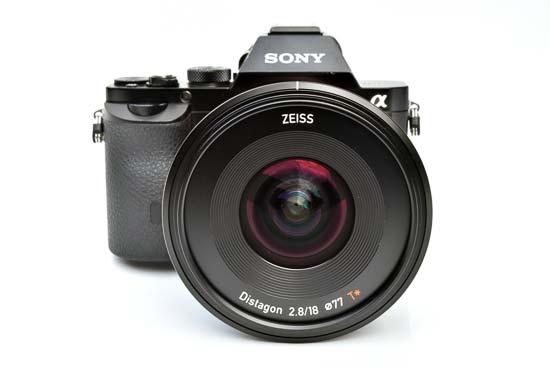 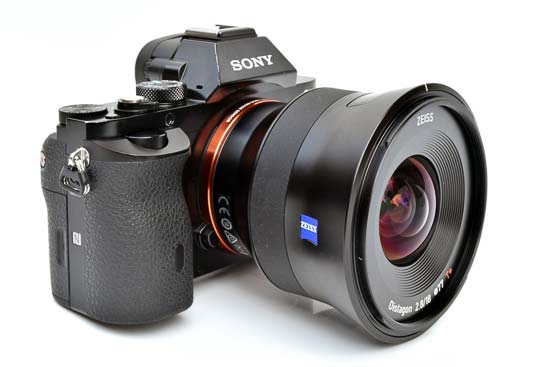 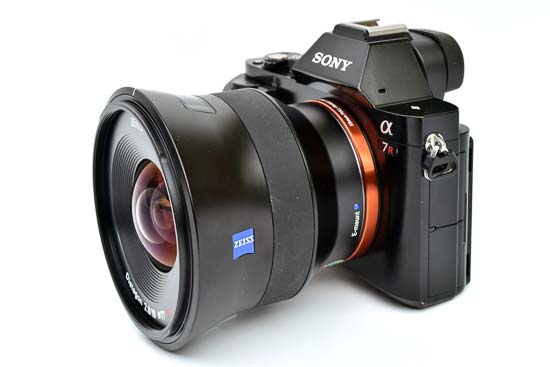 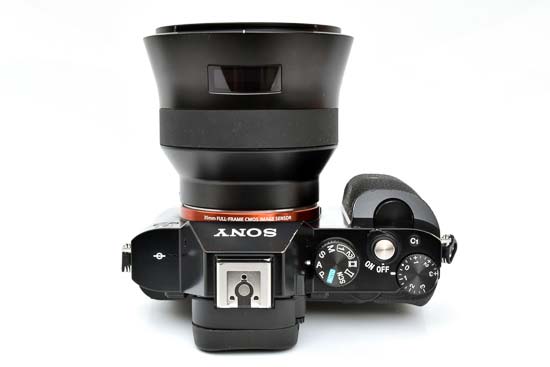 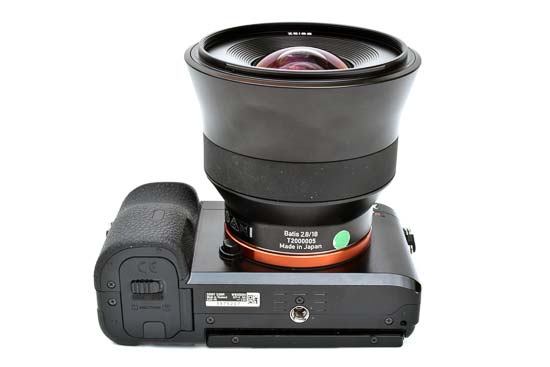 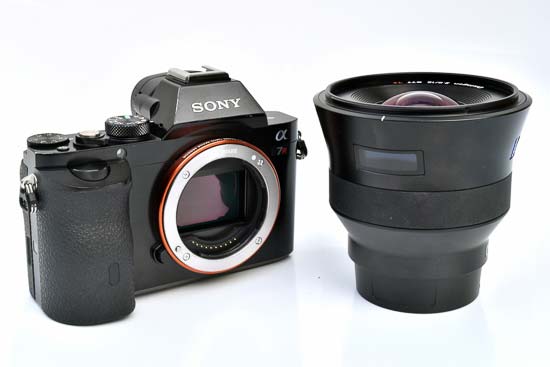 The Zeiss Batis 18mm f/2.8 lens alongside the Sony A7R

The second standout feature of the Batis 18mm is its sheer size. This isn't a particularly long lens, but it sure is chubby, measuring 95mm at its widest diameter, increasing to 100mm with the lens hood fitted. But despite appearances, the Batis 18mm isn't particularly heavy, weighing a reasonable 330g. That's quite an achievement, given the lens barrel’s predominantly metal construction and the premium build quality you'd expect from a Zeiss optic. 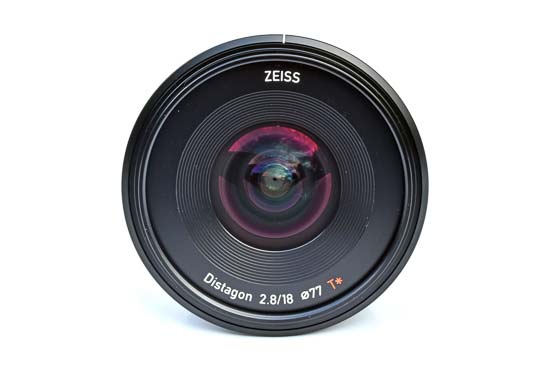 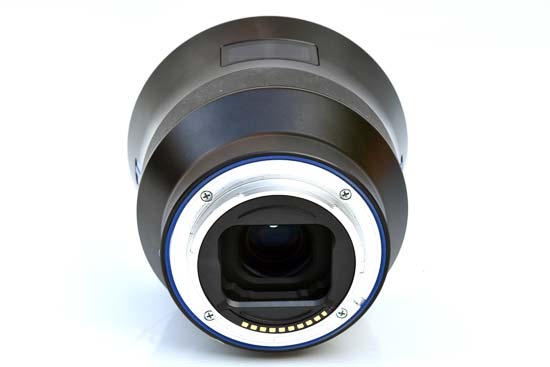 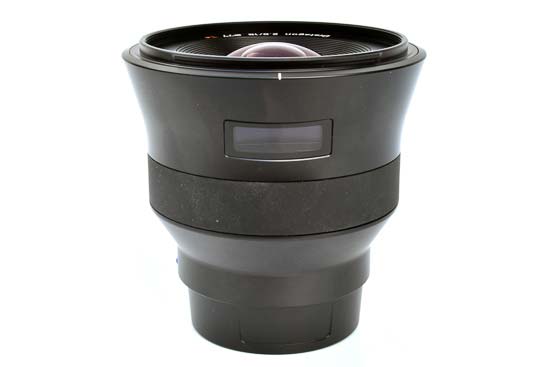 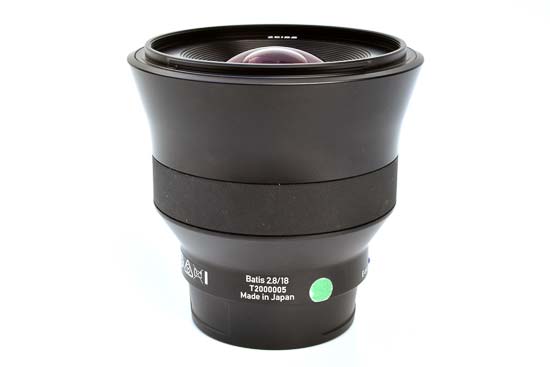 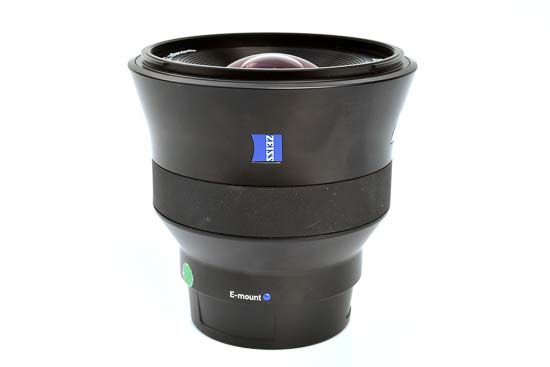 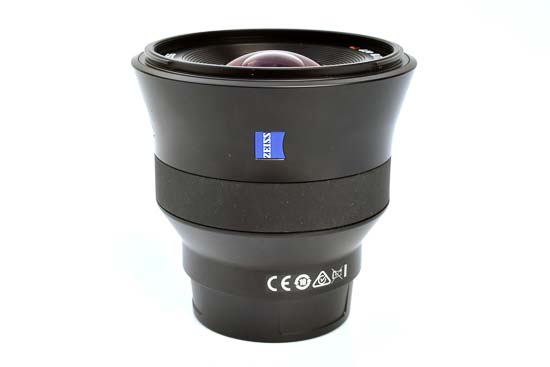 The lens' third external point of interest is that OLED display atop the lens barrel. As the lens uses fly-by-wire focussing, whereby the focus ring doesn't directly and mechanically move the internal lens elements, you wouldn't normally have a conventional focussing scale seen on a DSLR lens. The Batis 18mm electronically emulates this, displaying the focus distance, flanked by +/- figures displaying the nearest and farthest estimates of the depth of field at this distance and aperture. The display readout isn't particularly crisp, but it is bright and easy to read. The feature in general also helps set the lens apart, but if you tend to rely on autofocus for most of your shots, it's unlikely you'll pay this screen much attention. 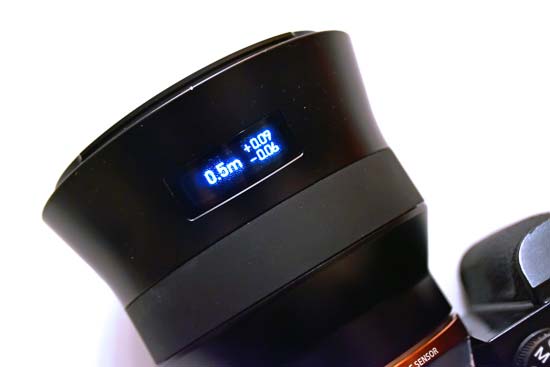 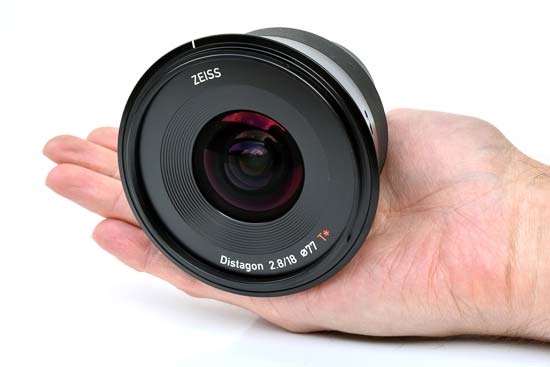 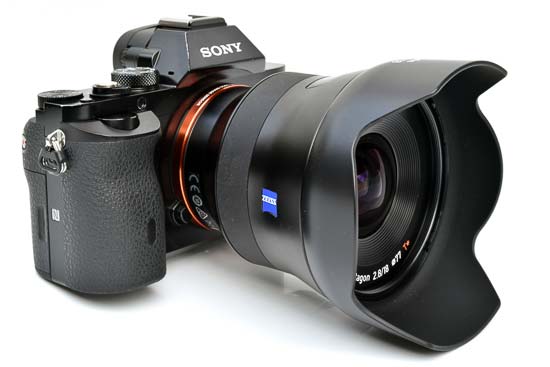 The Batis 18mm's focal length gives an angle of view of 99 degrees on a 35mm full-frame sensor. Mount the lens to an APS-C E-mount camera and you’ll have a focal length equivalent to 27mm, resulting in a 66-degree angle of view. 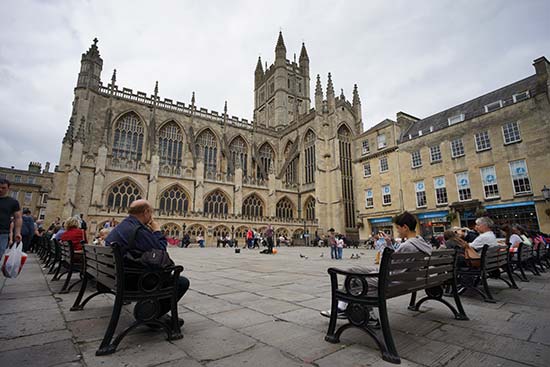 Focus speed will of course depend partly on your camera, but tested on an Alpha 7R the Batis 18mm focusses almost instantaneously in bright conditions, though dimmer environments did introduce some focus hunting.

The lens focusses completely internally, and due to the nature of electronic focussing, the lens’ focus ring doesn’t have any kind of stops at either end of the focus scale. Focussing is extremely quiet, only being audible in silent situations, and even then you’ll have to stick your ear right next to the lens.

With lens correction options disabled on our A7R test body, the Batis 18mm produces noticeable falloff wide open at f/2.8, and though the image corners do brighten at f/4, vignetting is still visible at every aperture. But thankfully this can be compensated for by activating in-camera lens correction. 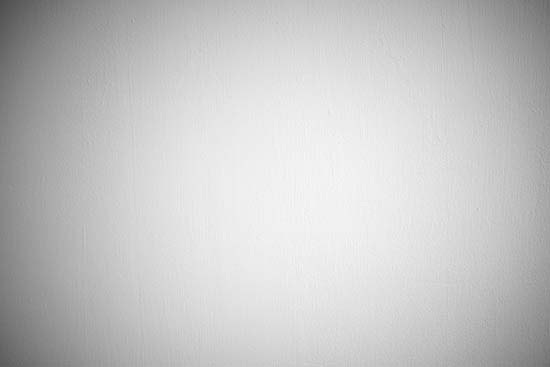 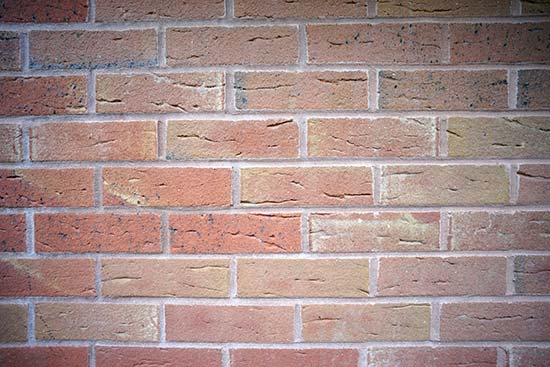 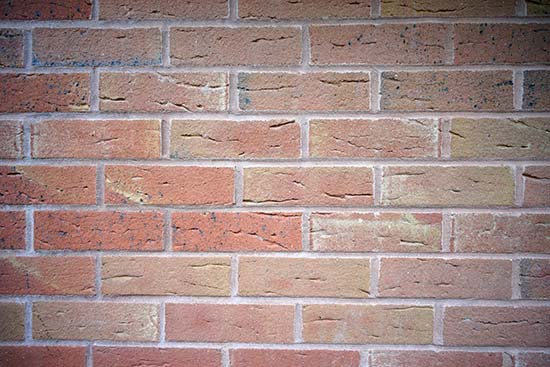 A 25cm minimum focus distance makes the lens quite useful for shooting close subjects. This image is uncropped and shows how close you can get to a Compact Flash card. 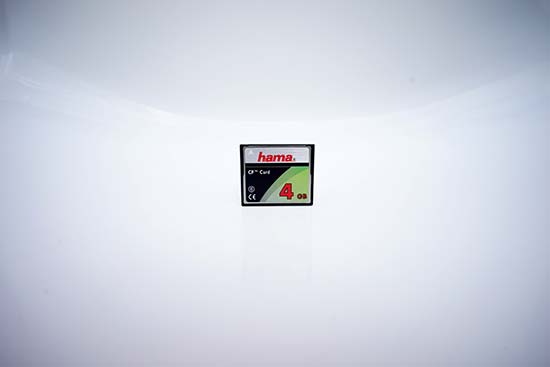 Despite having a rounded 9-blade diaphragm, bokeh quality from the Batis 18mm is nothing special, with some out of focus areas appearing a little messy. In fairness, bokeh is not a priority for ultra-wide lenses, and the Batis 18mm doesn't perform badly in this area. Bokeh is however a fairly subjective part of a lens’ image quality, so check out these 100% crops to see the lens' bokeh quality for yourself.