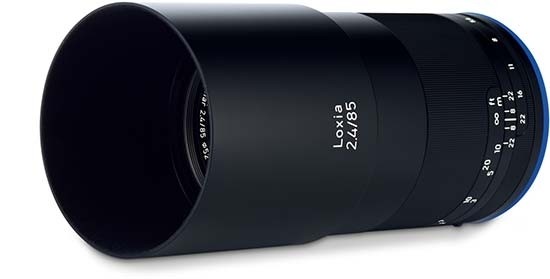 Reviews of the Zeiss Loxia 85mm f/2.4 from around the web.

Meet George. Small, unassuming, George is (our codename for) the newly introduced Zeiss Loxia 2.4/85 lens. It was sent to me in July, shortly before my departure for Western Australia, with the usual instructions of telling it like I feel it. Well, at the time, I admit to thinking the good wizards of Oberkochen were ever so slightly … off-course. Owning an Zeiss Otus 85 and a Leica Elmarit-M 90/2.8, arguably two of the best lenses ever made in that focal range, and having being really quite smitten with the fantastic Milvus 85, I seemed hardly the right person to appreciate a compromise newcomer.
Read the full review »

Before the newest entry of the Loxia line was introduced we were guessing what combination of focal length and maximum aperture it might feature: 90mm 2.0? 100mm 2.0? 85mm 2.8? 100mm 3.5? We were all wrong as none of us had an 85mm 2.4 on his list. When the first pictures and the technical data appeared many were put down by the maximum aperture and especially size and weight. The mtf-graphs on the other hand look very promising with hardly any sharpness falloff towards the borders, putting this lens in the territory of the Leica APO-Summicron 90mm 2.0 or even the Zeiss Otus 85mm 1.4 on paper, which both cost two to three times as much. So let’s find out what Zeiss’ newest lens has to offer!
Read the full review »