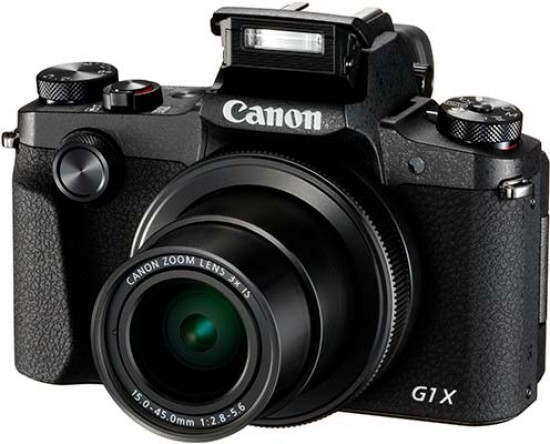 The Canon PowerShot G1 X Mark III is the smallest G-series camera to date, yet remarkably it has the largest image sensor of any G-series camera ever released, featuring the same APS-C sensor with Dual Pixel CMOS AF system as the EOS 80D and M5 cameras and therefore offering DSLR-like levels of image quality from what is after all a pocketable compact camera. There are a few notable drawbacks, though, with the increase in sensor size necessitating a shorter, slower lens, the puzzling continued lack of 4K video shooting, and also a significant increase in price compared to the previous model - £1149 / €1399 / $1299 is an awful lot to ask for a compact camera with a slow-ish 3x lens. Still, if you want a relatively tiny camera with a fixed lens that can deliver DSLR-like image quality, the new Canon PowerShot G1 X Mark III should certainly be on your short-list.

Canon must have read our review of the G1 X Mark II, because all of the things that we felt were missing - the exposure compensation dial, vari-angle LCD screen and optical viewfinder - have all made a welcome return in the Mark III. We also like the fact that the Canon PowerShot G1 X Mark III is weather-proof and can be powered via a USB compatible battery pack, instantly making it more appealing for frequent travellers, while the combination of front and rear control dials and the single lens control ring make it a snip to quickly set the main camera parameters. We've always been fans of Canon's user interface on its DSLRs, and also now on the PowerShot G1 X Mark III.

In summary, the new Canon PowerShot G1 X Mark III can be summed up in one word - premium. It's a premium compact camera that offers premium image quality and handling, albeit with a premium price tag to match.