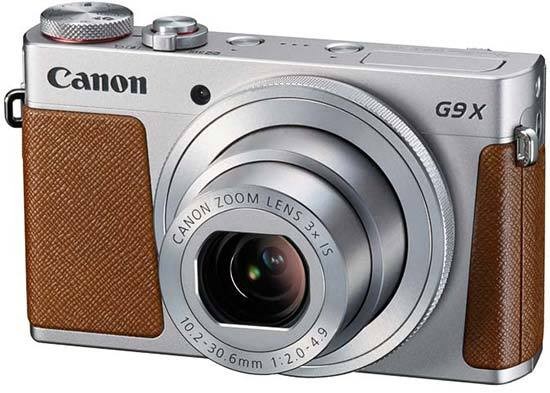 With the same sensor as the GX7, we had fairly high hopes for the Canon PowerShot G9 X, and happily once again the camera doesn't disappoint.

Images directly from the camera are characterised with the same warm tones that we have come to expect from Canon cameras. At the moment, it's not possible to open raw format files in Adobe Camera Raw, but you can download Digital Photo Professional for free from Canon's website if you want to work those files.

Colours in the raw files are slightly more muted, which gives you good scope for working with them in post production.

Noise is apparent from around ISO 400, where you can see noise appearing in some parts of the image if you look at 100% on screen. The overall impression of detail is good right the way up to around ISO 6400, whereupon images start to have a painterly, smudgy effect.

Automatic white balance copes well the majority of the time to produce accurately coloured shots, even when faced with artificial lighting conditions. Similarly, general-purpose metering copes well with all but extremely high contrast scenes to produce well exposed images most of the time.

With a relatively limited focal length range, you don't have too much scope for zooming. Images taken at the 3x optical zoom display a good level of detail, while if you push it to the digital zoom, you'll see a noticeable drop in image quality, but images are still usable at small sizes - so it's handy to have available if you really need it. There is a second digital zoom available, but this is only really recommended for use if you're particularly desperate to zoom further.

There are 8 ISO settings available on the Canon PowerShot G9 X. Here are some 100% crops which show the noise levels for each ISO setting for both JPEG and RAW formats.

The Canon PowerShot G9 X's 3x zoom lens offers a focal range of 28-84mm, as illustrated by these examples:

The Canon PowerShot G9 X handled chromatic aberrations well during the review, with fairly limited purple fringing present around the edges of objects in high-contrast situations, as shown in the examples below.

The Canon PowerShot G9 X has a good macro mode that allows you to focus on a subject that is 5cm away from the camera. The first image shows how close you can get to the subject (in this case a compact flash card). The second image is a 100% crop.

The flash settings on the Canon Powershot G9 X are Auto, On, Auto Red-eye Reduction, Slow Synchro and Off. These shots of a white coloured wall were taken at a distance of 1.5m.

The Canon Powershot G9 X's maximum shutter speed is 30 seconds and there's a Bulb mode too, which is great news if you're seriously interested in night photography. The shot below was taken using a shutter speed of 30 seconds at ISO 125.