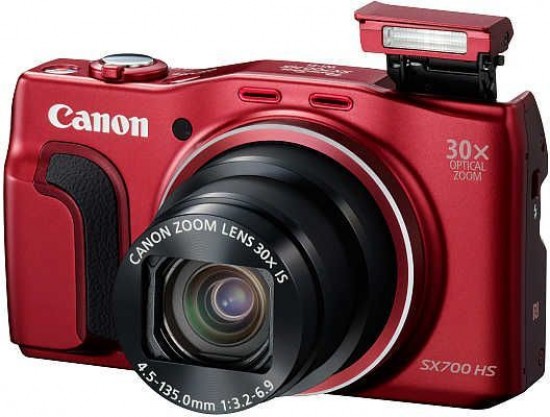 The SX700 HS produces very pleasing images. Detail is crisp across the frame and isn't as susceptible to noise reduction smoothing as many cameras with equivalent sized sensors. Consequently fine details in landscape scenes are well retained and don't get smeared into a painterly mess as is all too common with cameras in this sector. Bright, punchy colour reproduction adds to the appeal, as does the flawless exposure metering and reliable white balance.

Optically there is some chromatic aberration (purple fringing) visible in high-contrast areas, but it's rarely distracting. Despite its very generous focal length range, the lens also fares well in the distortion department, with only a hint of barrel distortion at wide angle and no noticeable pincushion effect when zoomed in.

With such an impressive performance it's a shame the SX700 HS's image noise levels let the side down a little. The SX700 HSproduces noise-free images at ISO 100-400, with limited noise and colour desaturation starting to appear at ISO 800. ISO 1600 exhibits quite visible noise, smearing of fine detail and colour desaturation, and the fastest setting of ISO 3200 is even noisier, although still usable for small prints.

The Canon PowerShot SX700 HS has six sensitivity settings at full resolution. Auto mode uses a range between ISO 100 and ISO 3200, or you can switch to one of the creative shooting modes to manually select these settings.

We found that the Canon PowerShot SX700 HS images are already very sharp, but do benefit from a little touch up in post processing.

The Canon PowerShot SX700 HS' 30x zoom lens achieves a maximum wide-angle focal length equivalent to 25mm, and is capable of a telephoto reach of 750mm (in 35mm-camera terms).

The Canon PowerShot SX700 HS handled chromatic aberrations fairly well during the review, with purple and green fringing present around the edges of objects in high-contrast situations, as shown in the examples below.

Every image size option on the Canon PowerShot SX700 HS is accompanied by two quality settings: Fine and Super Fine. Going for the latter will up the file size of each image from 4MB to around 6MB.

The close focusing of the Canon PowerShot SX510 HS at wide-angle is a mere 1cm. It does mean that there's little light getting in when you do that and the edge definition drops off leaving around 50% of the image in focus.

The Canon PowerShot SX700 HS' flash can only manage a relatively weak 3.5m range and hence there's some fairly obvious vignetting in our wide-angle test shot taken at a distance of 1.5m. The flash has four modes: Auto, On, Off and Slow Synchro, plus a separate setting to enable or disable red-eye reduction. Whether this is active or not, the camera successfully avoids any trace of red-eye.

As you can see here, disabling IS when shooting handheld at the upper end of the Canon PowerShot SX700 HS' focal length range isn't a good idea. Keep the system on and it does a great job of counteracting the effects of camera shake.

The Canon Powershot SX700 HS's maximum shutter speed is 15 seconds, which is great news if you're seriously interested in night photography. The shot below was taken using a shutter speed of 15 seconds at ISO 100.