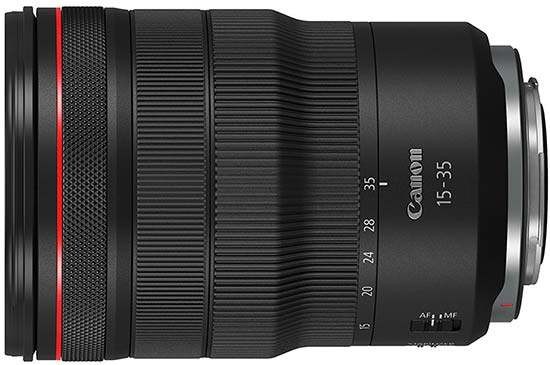 It is the fastest (widest aperture) ultra-wide-angle zoom that Canon has produced, with an f/2.8 constant aperture. The other lenses in the trinity are the RF 70-200mm, and the RF 24-70mm, all three of which have the same f/2.8 aperture.

Lens construction consists of three aspherical and two UD lens elements, plus advanced optical coatings and a 9-blade aperture for rounded bokeh (out of focus areas).

Rapid and accurate focusing is promised thanks to a Nano USM motor which is designed for instant and silent autofocusing.

The lens has inbuilt image stabilisation which gives you up to 5 stops to help keep your images as sharp as possible.

Other features include a lens control ring for controlling certain aspects of the lens or camera functionality, coatings to help prevent glare and coating and weather-sealing along with “L series” build quality. 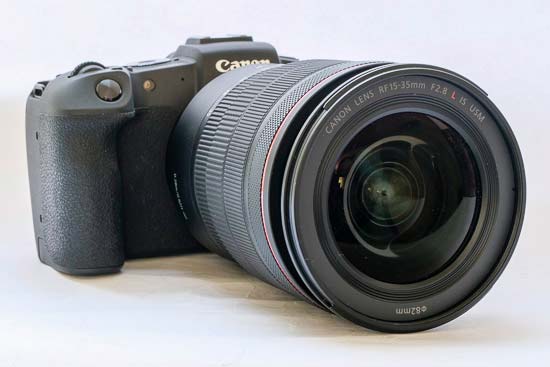 Like the other lenses in the professional trio, the RF 15-35mm f/2.8 L IS USM lens is big and heavy.

We’ve been using it with the Canon EOS RP, but it would likely feel much better balanced with the slightly larger Canon EOS R.

It’d probably feel even better paired with the optional battery grip to give even better balance.

Slight complaint about the size and weight - or rather its balance with a small camera like the EOS RP - aside, the lens feels extremely well built. 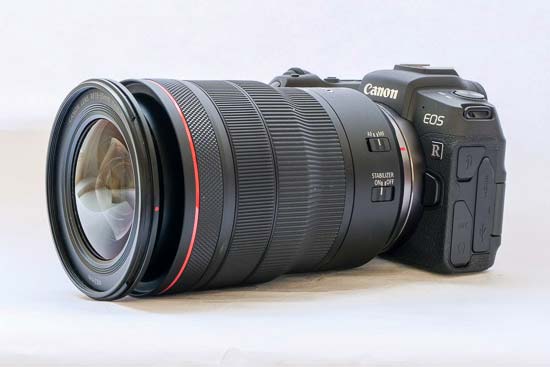 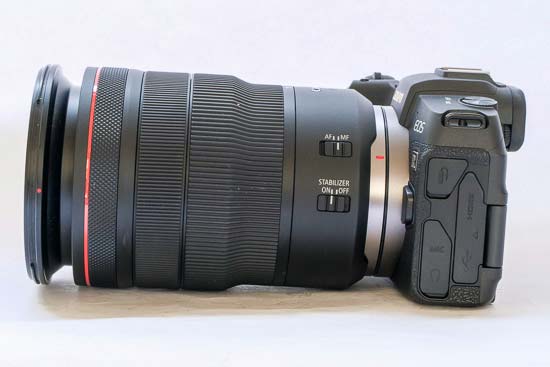 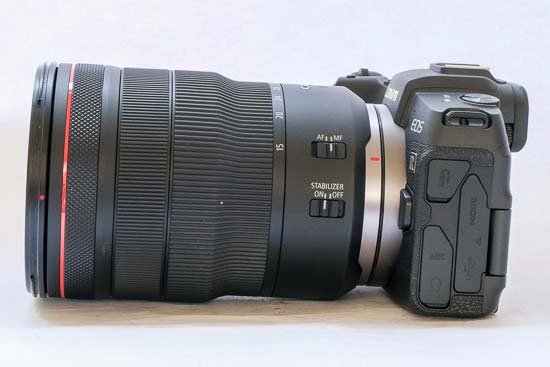 The weatherproofing gives you confidence that the lens will survive all kinds of different weather conditions, while its sturdy construction also gives it an air of high quality.

The lens mount itself is again very high-quality, being made from metal which seems to be very strong and secure. 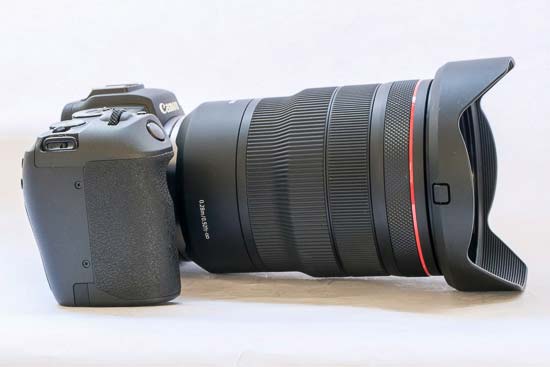 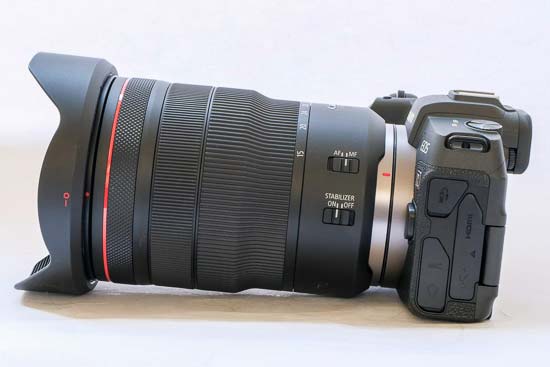 Towards the back of the Canon RF 15-35mm F2.8L IS USM lens you’ll find two switches. There’s one for moving between manual focus and autofocus, while another allows you to switch the image stabiliser on or off.

Three different rings are found around the lens. The largest ring, found towards the base of the lens is for zooming the lens in and out. It has a ridged textured grip on it, which helps you feel by touch that you’re using the right ring. 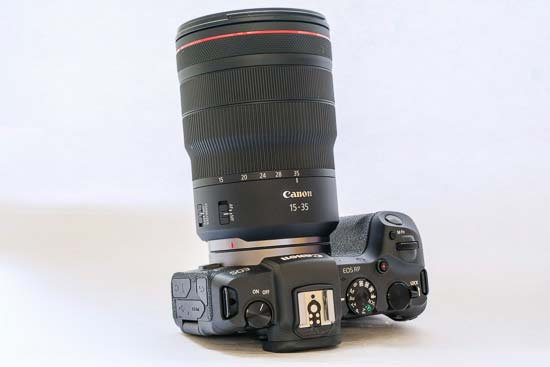 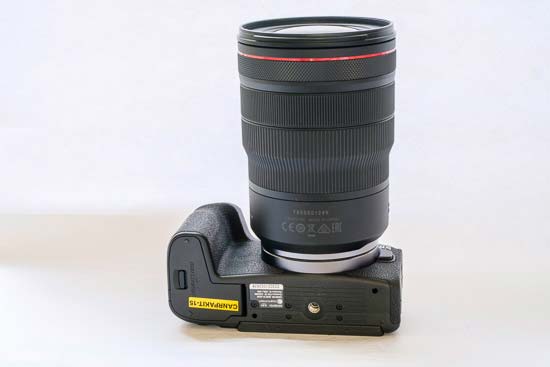 The zoom ring is marked with different focal lengths so you can quickly jump to the focal length you’d like to use - these are , 20mm, 24mm, 28mm and 35mm - you are of course free to select focal lengths in between those marked, too.

In front of the zoom ring is a manual focusing ring. This is similarly textured to the zoom ring, but just different enough that you should be able to feel a difference if just touching the lens and not looking at it.

The ring is also roughly half the size of the zoom ring. It has a good amount of give, making it not too loose and not too tight - it’s just the right amount to make precise manual focusing easy. 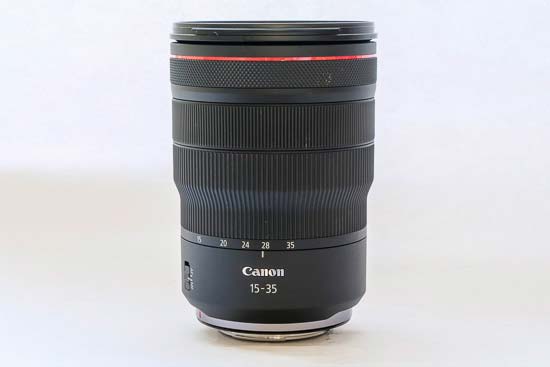 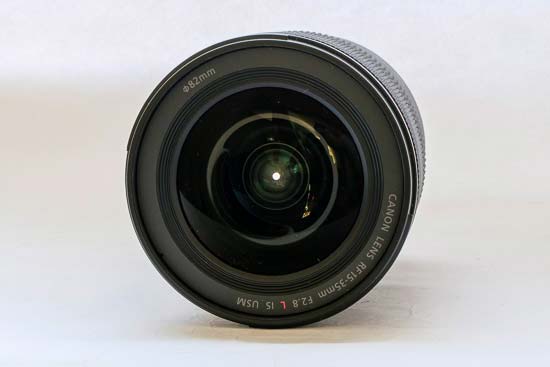 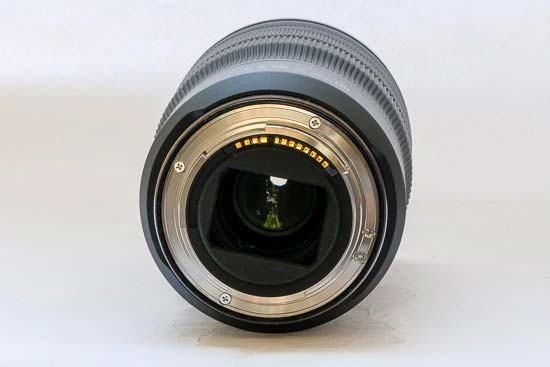 The last ring the smallest of the three, and also has a different textured coating again. This ring can be used for a number of different functions that can be customised from within the main camera menu. You can use it to adjust aperture, shutter speed, ISO or exposure compensation.

Alternatively you can switch it off so it does nothing. Unlike the other two lenses, this ring clicks when you turn it. While that’s helpful for judging by ear when you’ve made a setting change, it’s something to consider when shooting video, rather than stills. 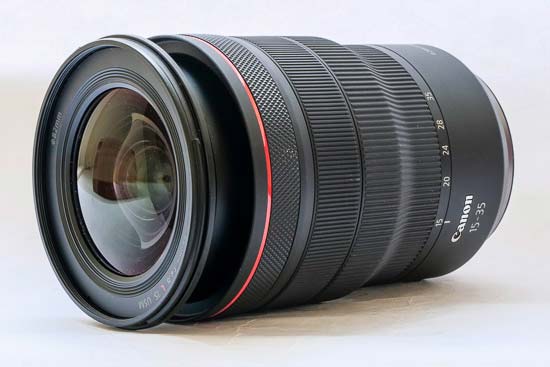 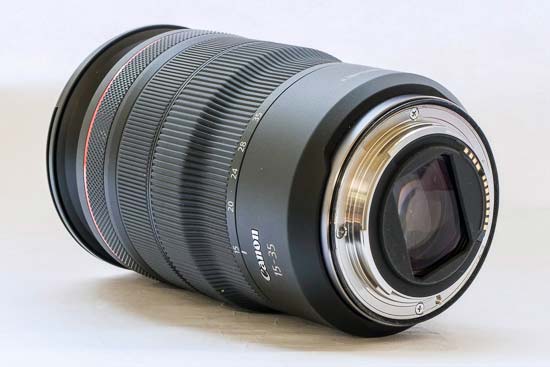 Around the front of the Canon RF 15-35mm F2.8L IS USM lens is the distinctive red ring which is found on all Canon L series “professional lenses”. While this doesn’t actually do anything, it’s there to indicate that the lens belongs to the highest possible standard.

Included in the box is a lens hood, which is easy to attach to the lens - simply line up the red dot with the red marking on the lens and twist into place. You can also reverse the lens hood for reducing the overall size when transporting the lens. 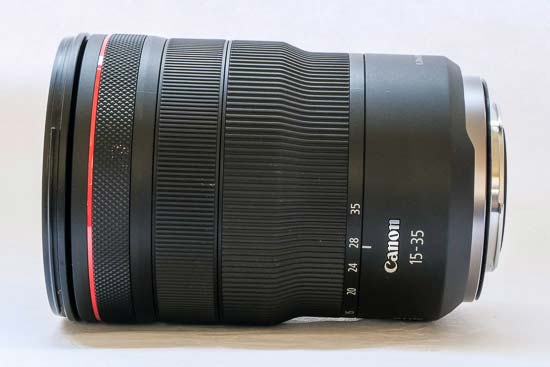 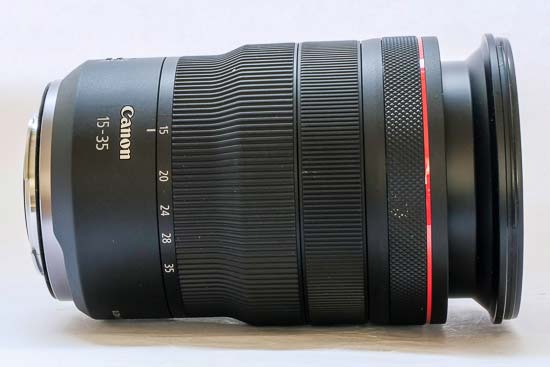 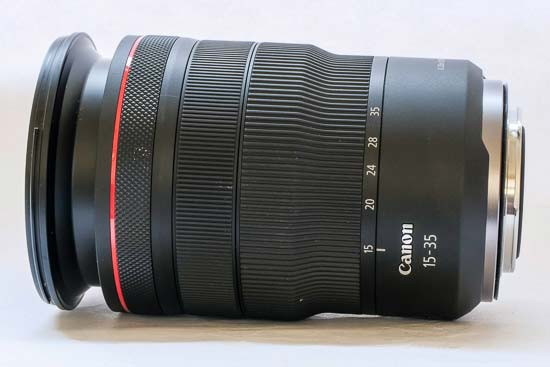 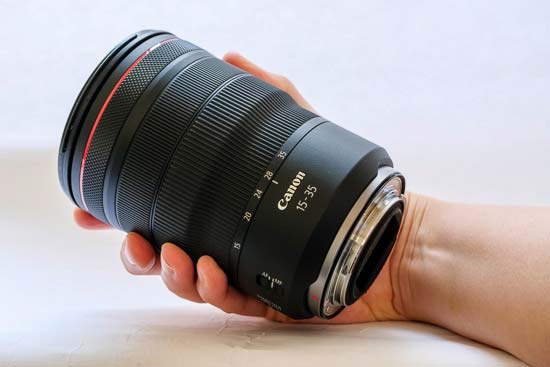 This is a lens which is designed only for use on full-frame cameras, so the focal length quoted (15-35mm) is exactly what you get. 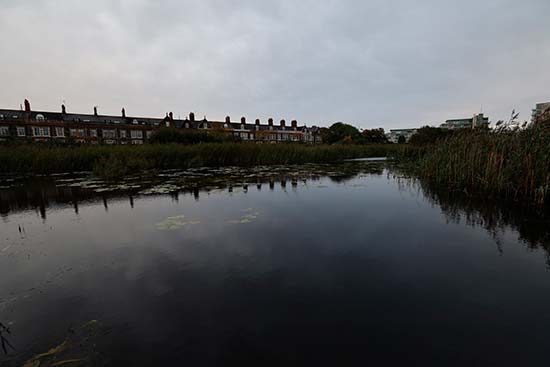 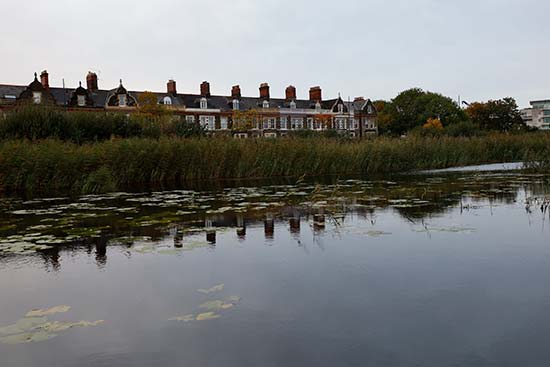 Considering this is an ultra wide angle lens, the RF 15-35mm f/2.8 L IS USM Lens manages to keep distortion remarkably under control. You will see some if you shoot very close up to the subject, which you may want to use for artistic effect, but otherwise, it does very well. There is some slight barrel distortion at when shooting something like the fence in our example - it’s less noticeable when there aren’t obvious lines to look at. 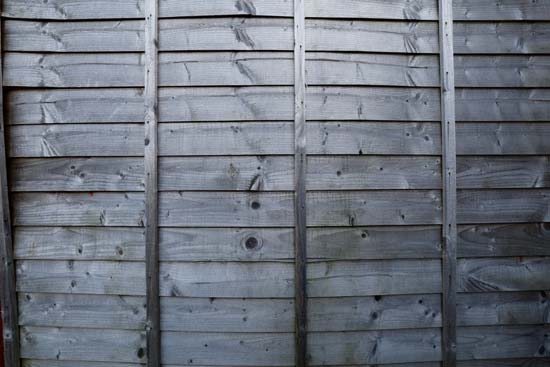 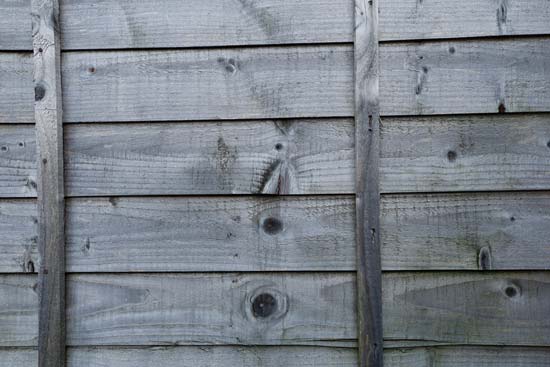 Usually characterised as purple or blue fringing alongside high-contrast edges, chromatic aberration can be a common problem for cheaper lenses.

As we’d expect from a lens as expensive and well-constructed as the Canon RF 15-35mm f/2.8 L IS USM, finding examples of such a problem is extremely difficult.

We struggled to find any examples at all, but if you shoot directly into the sun and examine the resulting image at 100% you might find some very slight examples which are certainly not noticeable at normal printing sizes. 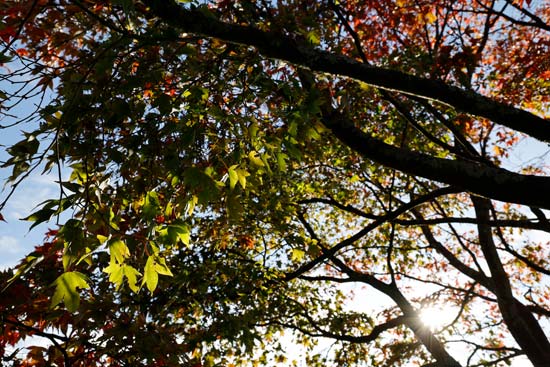 At the widest aperture (f/2.8) of the lens, there is some noticeable vignetting to be seen at when photographing a white wall. It is much less obvious when shooting normal scenes, but it’s something to be aware of.

The problem reduces significantly when shooting at f/4, before disappearing completely at f/5.6.

At 20mm, 24mm, 28mm and 35mm, there is a little corner shading evident when shooting at white wall at f/2.8, but it’s not quite so pronounced as at . Again the effect lessens at f/4 before disappearing at f/5.6 entirely. 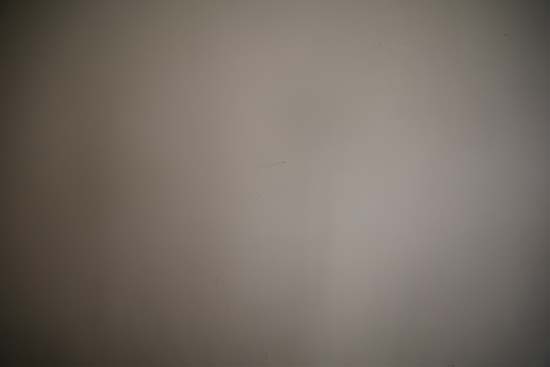 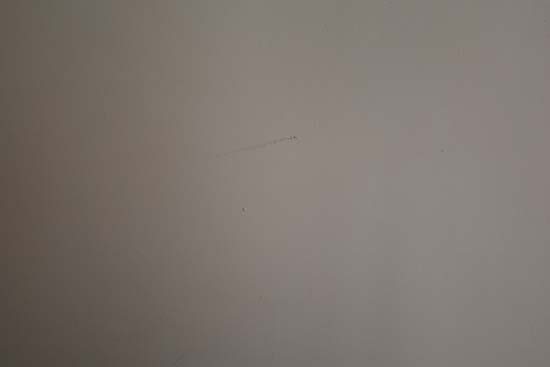 This lens is not designated as a macro lens. You may choose to use it to photograph typical macro subjects, such as flowers, but it’s not one we’d recommend for such work.

The maximum magnification is 0.21x, when shooting at the furthest reach of the lens (35mm). The closest focusing distance is 28cm. 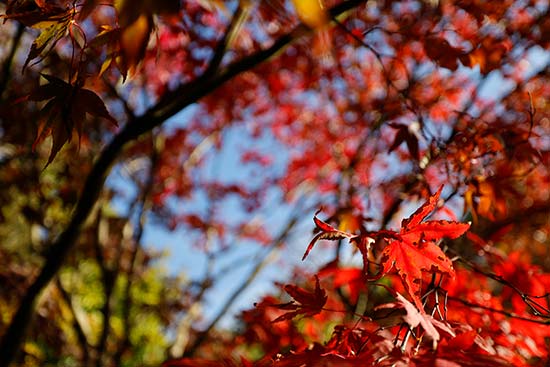 Generally described in qualitative terms such as smooth, creamy and rounded, bokeh is the word used for out of focus areas in an image.

With an f/2.8 maximum aperture and high-quality construction, we expected the quality of the out of focus areas to be very good. In reality, the lens is capable of producing some very attractive rounded bokeh, with a smooth and natural drop off from the main subject.

Since feelings on the quality of bokeh can be very subjective, we’ve included some examples below to help you make up your own mind. 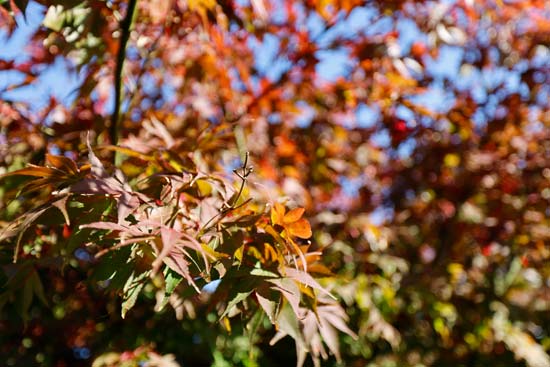 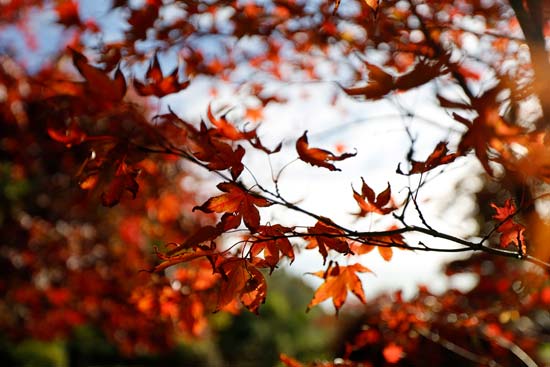 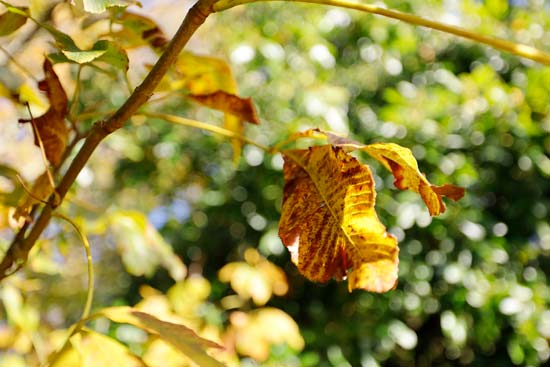 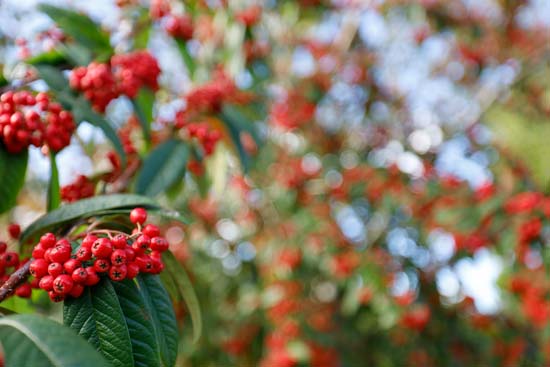