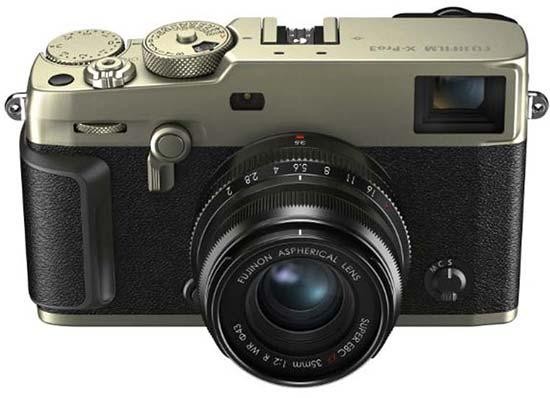 Photography Blog attended the UK launch of the new Fujifilm X-Pro3 mirrorless camera at The Shard in central London, UK.

Find out what we thought of Fujifilm's brand new APS-C sensor camera by reading our detailed first impressions...

The Fujifilm X-Pro3 will go on sale from December 2019 priced at £1699 for the black version and £1879 for the Dura Black and Dura Silver versions, body only. There are no kit options at launch. 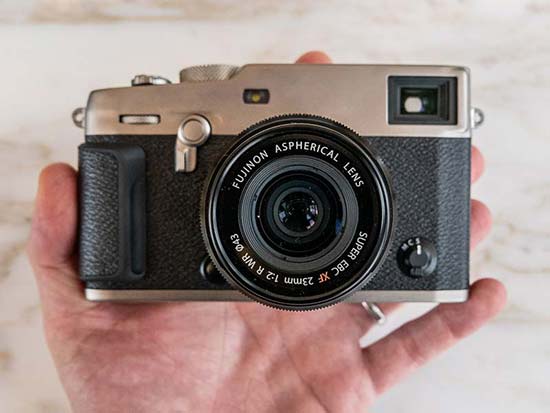 The X-Pro3 is aimed squarely at street, reportage and wedding photographers who like the rangefinder mirrorless style that the X-Pro series embodies.

Fujifilm are placing more of an emphasis than ever before on using the hybrid eye-level viewfinder, as we'll discuss in further detail below. 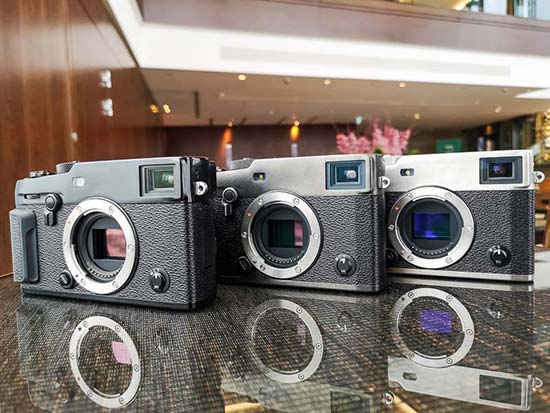 The Fujifilm X-Pro3 has top and bottom plates that are made of titanium, which is 50% later than alloy and much more scratch resistant. The rest of the exterior is made of the more typical magnesium alloy.

For the first time, Fujifilm are also offering a camera in a special Duratec finish that is even more durable and scratch resistant than the standard painted black, albeit carrying a price premium over the standard version.

Duratec is a cold plasma technology that involves passing an electric current through hydrogen and carbon gases to diffuse an amorphous carbon coating onto the surface of the titanium. As a result it’s extremely hard smooth and scratch-resistant.

They showed us a video of a factory worker repeatedly attempting to scratch the Duratec coated X-Pro3 with a very sharp craft knife, with no visible effects.

In our time with a silver Duratec sample camera, though, we did find that it seemed a lot more prone to displaying fingerprints than the standard black version. 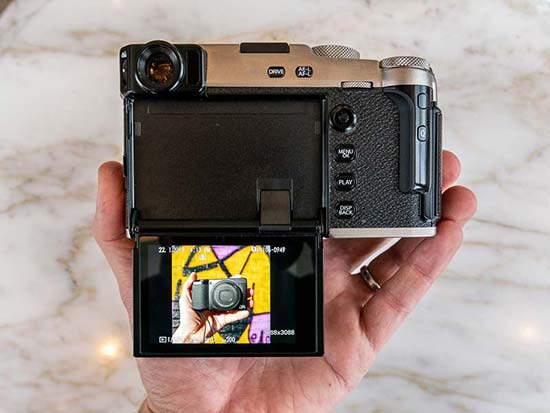 Never before has an LCD screen on a camera caused quite so much controversy, even before said camera has even been launched.

The X-Pro3 has what can only be described as a hidden LCD screen, which is folded closed against the back of the camera for the majority of the time.

It's hinged at the bottom to allow it to be tilted down and outwards, then allowing you to view and interact with the newly upgraded touchscreen interface, which is quite an ironic upgrade given that the screen is hidden away on purpose for most of the time.

Fujifilm say that they've designed the X-Pro3's screen in this way to encourage you to use the viewfinder as much as possible and spend less time chimping your images or, even worse, holding the camera at arm's length whilst shooting.

In practice, while this is certainly true - you do undoubtedly use the hybrid viewfinder a lot more than you might otherwise - it's not necessarily the time-saver or concentration-developer that Fujifilm were aiming for.

Being effectively forced to playback your images and change the camera's menu settings through the viewfinder seems like a retrograde step back to the distant days when LCD screens were tiny.

Despite the X-Pro offering an even better viewfinder experience than the X-Pro2, it's simply not up to handling the tasks that are more commonly accomplished via the rear LCD screen.

The alternative method of constantly pulling down the LCD screen soon proved equally tiresome, though, so you're effectively trapped between squinting through the viewfinder or tilting the LCD screen down yet again whenever you want to playback an image or change a menu setting.

There is a sub-LCD monitor embedded within the back of the LCD screen, so that you can view certain key settings, including a pictorial representation of the current Film Simulation mode.

This can be customised to show different sets of information, but rather unintuitively, you can't interact with it in the same way as you would with the Quick Menu to change those settings.

All in all, the hidden LCD screen really is going to be a Marmite feature, something that Fujifilm representatives admitted as much at the UK launch.

It's probably safe to say that never before in the history of digital cameras has a rear LCD screen been such a make or break feature, but it really could be for the X-Pro3. 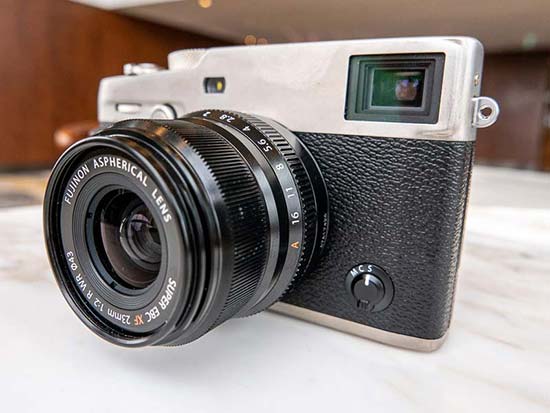 The Fujifilm X-Pro3 has a clearer optical viewfinder with less distortion than the one on the X-Pro2.

There's also a higher eyepoint of 17mm and a larger angle of view of 27 degrees that should please glasses wearers.

The electronic element of the unique hybrid viewfinder has an improved resolution of 3.69m. dots, higher contrast of 1:5000, a wider color space (sRGB 97%), greater brightness and a higher frame rate (100fps).

In the Boost mode, the new Smoothness Priority option inserts a black frame between each of the regular frames at 100fps, giving an equivalent refresh rate of approx. 200fps. This option is recommended when capturing fast moving, erratic subjects.

Overall, the various improvements made to the new hybrid viewfinder collectively represent quite a big step forwards from the previous model. 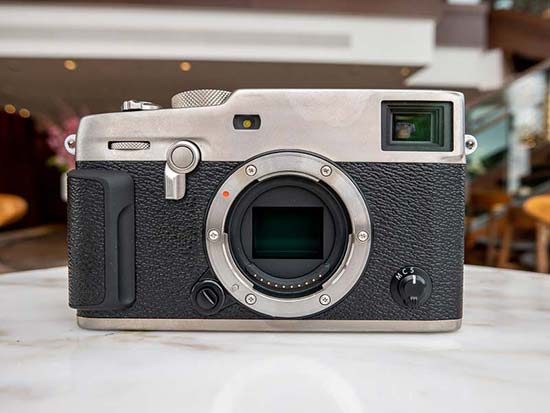 The Fujifilm X-Pro3 uses exactly the same sensor and processor as the X-T3 and X-T30 cameras. Consequently the still image quality should be be very similar, if not nigh on identical, to those other Fujifilm cameras.

The Fujifilm X-Pro3 is a fairly capable video camera, offering DCI 4K 30p/25p/24p recording for clips up to 15 minutes in length. Still photographs are really where the heart of the X-Pro3 lies, though.

The Fujifilm X-Pro3 doesn't have an in-body stabilisation system, just like every other X-series camera, with the exception of the rather unpopular X-H1. It instead relies on the attached lens to provide stabilisation, if that lens offers it.

The Fujifilm X-Pro3 can now focus all the way down to -6 EV, which is virtual darkness to the human eye. It's twice as good as the X-Pro's -3EV rating.

There's also a new innovative Software AF Range Limiter with various settings, which because it's software based works for any lens that you attach to the camera. 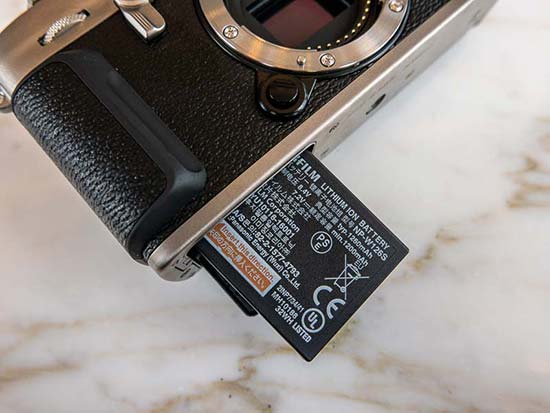 Battery life is acceptable, rather than outstanding, on the Fujifilm X-Pro3. It's officially rated at 370 still images or 60mins of video recording, via the same NP-W126S Li-ion battery used in the X-Pro2.

You can also charge the camera on the go via the USB 3.1 port, though, which is a great new feature that's appearing in most recently announced cameras. 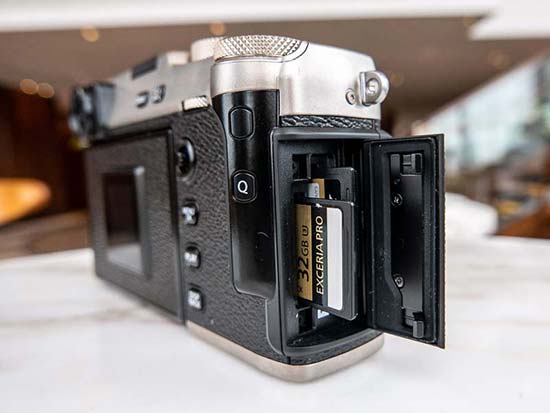 The Fujifilm X-Pro3 has a dual-slot SD UHS-II memory card slot, just like the X-T3 and X-H1 cameras, which are housed in a dedicated compartment on the side of the camera.

The Fujifilm X-Pro3 is fully weatherproof thanks to the same dust-, splash- and freeze-proof sealing at 70 different points found on its predecessor. 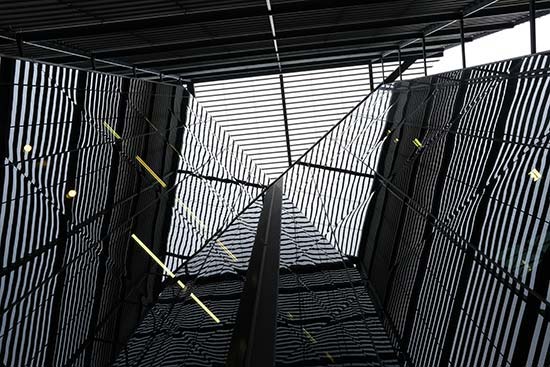 We've already been out and about with the X-Pro3 - so you can see an extensive gallery of Fujifilm X-Pro3 sample images and videos here.

The Fujifilm X-Pro3 seems like rather a modest upgrade of the previous X-Pro2 model if you just look at the list of changes and improvements to the spec sheet, but in practice it's a potentially much more divisive camera thanks to that hidden LCD screen.

Perhaps never before in recent camera history has one seemingly innocuous feature caused so much controversy, and the X-Pro3 hasn't even gone on sale yet!

It remains to be seen if the hidden LCD screen concept will make or break the new Fujifilm X-Pro3 in terms of its appeal and ultimately its sales, but it's fair to say that this is definitely a camera that you should try out in person before buying...