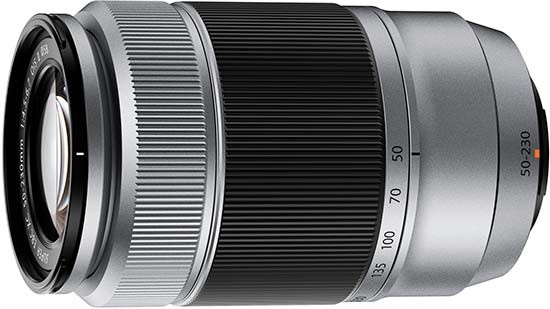 If you’re after an affordable telephoto lens, the Fujifilm XC 50-230mm F4.5-6.7 OIS II is a good option. It would complement the 16-50mm kit lens often sold with cameras such as the X-A3 and X-A10. It’s not too large and heavy, so a twin lens kit would make sense for travelling light.

The 50-230mm arguably makes it reasonable to use as an everyday walk around length, but the crop factor making it start at 76mm means you’re probably likely to want to have something wider with you most of the time.

Results from the lens are pleasingly sharp throughout the focal length range, and while it’s not perhaps as stunning as some of the XF lenses in Fuji’s line-up, for the price you pay, you can get some lovely results, especially if you’re only printing at normal sizes. Vignetting is almost non-present, while chromatic aberration doesn’t seem to be a particular issue.

There’s a tiny bit of distortion at the widest point of the lens, while the macro performance of the lens is nothing to write home about - especially as you can’t get particularly close to your subject for focusing. Still, that’s probably not the intended use of this lens, so for most users it may not be that much of an issue.

Focusing is quiet and fast, and the lens construction is of a good standard, if not as high as more expensive XF lenses. It seems reasonably unlikely that somebody shooing with one of Fuji’s more premium bodies would be in the market for this lens, but if you’re on a strict budget, it’s a decent-enough option.

In terms of the upgrade, if you already own an existing 50-230mm OIS lens, it’s probably not worth spending money to replace it as while the updates are welcome, they’re not revolutionary. You’ll probably be hard pushed to find the original lens on the market though, so if you’re in the market for a telephoto optic - we’d opt for this one.