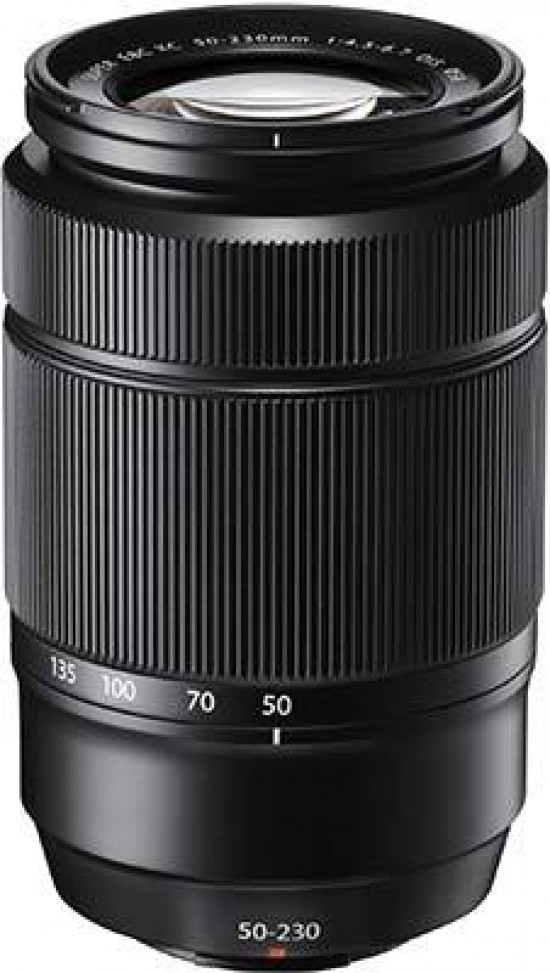 The Fujifilm XC 50-230mm F4.5-6.7 OIS is a natural partner for the XC 16-50mm lens, offering good telephoto performance whilst being relatively small and light.

The Fujifilm XC 50-230mm F4.5-6.7 OIS is pleasingly sharp in the image centre at 50mm and 100mm, with performance starting to drop off from 135mm where optimum sharpness isn't achieved until f/11. Similarly edge sharpness is also high at the wider-angle settings, becoming softer as you progress through the focal range. The maximum apertures of f/4.5 at 50mm and f/6.7 at 230mm make it fairly easy to creatively throw the background out of focus, with the seven-blade iris diaphragm achieving some nice, if not spectacular, bokeh effects.

Vignetting is practically a non-issue, and chromatic aberrations are present but well-controlled. There is some very slight barreling at the 50mm wide-angle focal length, but no pincushion distortion of note at the 230mm setting. The lens' macro performance is rather unremarkable.

The Fujifilm XC 50-230mm F4.5-6.7 OIS benefits from a fast and quiet auto-focus mechanism and a front element and filter thread that don't rotate on focus, which is very good news for those using polarisers and ND grads on a regular basis. The lens mount is unfortunately made of plastic, as is the rest of the construction, helping to keep the weight and price down - the overall build quality is still good enough though.