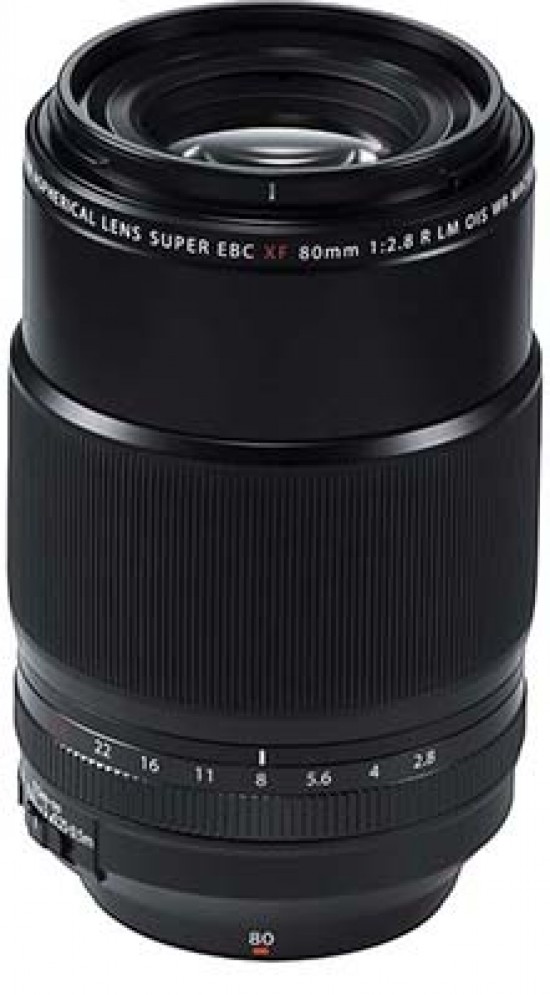 The Fujifilm XF 80mm f/2.8 R LM OIS WR Macro is one of the biggest prime lenses in the X-system line-up, weighing 750g and measuring 13cm in length, understandable given the amount of glass used in its construction. As you can see in the pictures below, it complements the top-of-the-range Fujifilm X-T2 camera  very well, not feeling at all front-heavy and more than matching the body in terms of its build quality. 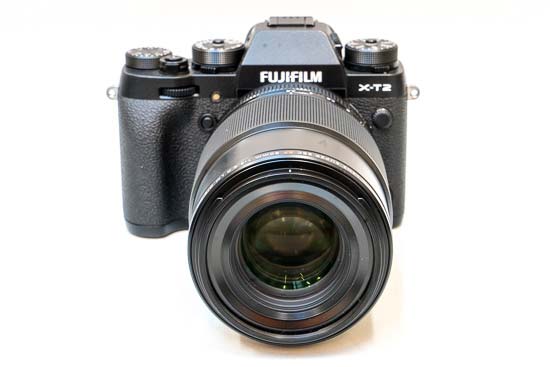 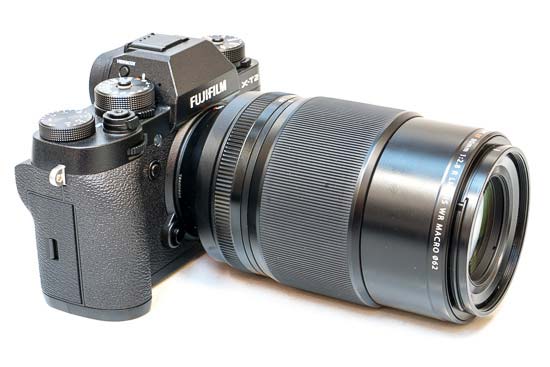 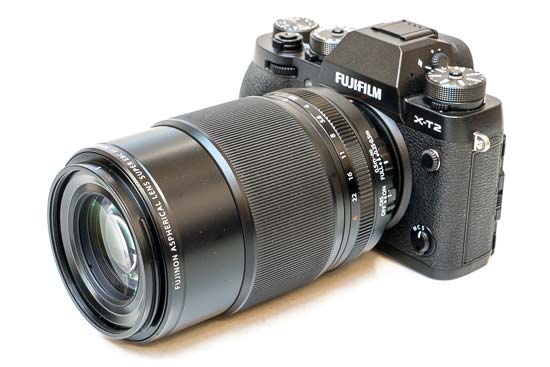 The Fujifilm XF 80mm f/2.8 R LM OIS WR Macro lens boasts a metal mount, high-grade metal barrel and non-rotating 62mm filter thread. The focus ring is generously wide, smooth and beautifully well-damped in action without being loose, and has a ridged, rubberised grip band. There are no “hard stops” at either end of the 25cm-infinity focus range though.

The lens has a dedicated focus range limiter switch with three settings - Full, 0.5m-infinity and 0.25-0.5m - allowing you to quickly set the focus range for more responsive focusing depending on the distance to your subject. 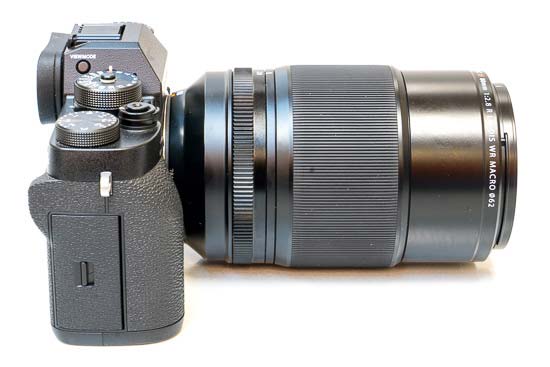 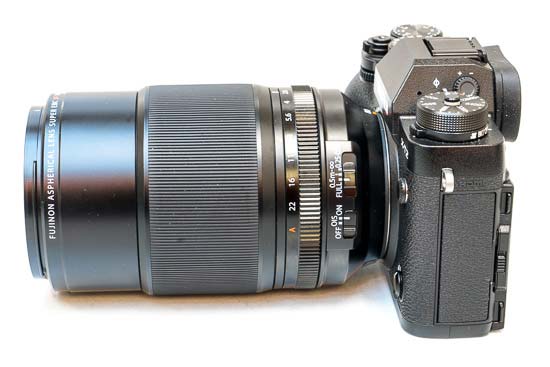 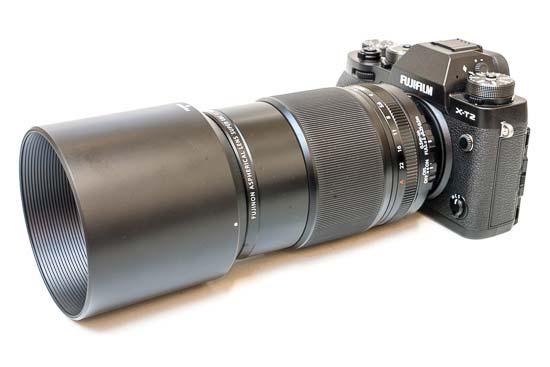 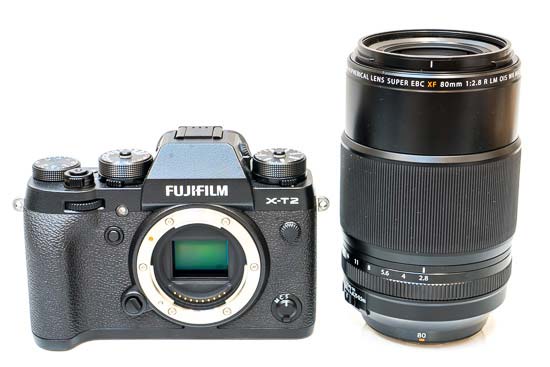 The Fujifilm XF 80mm f/2.8 R LM OIS WR Macro is the latest weatherproof XF lens to be released, featuring a dust-proof and waterproof structure with weather resistant sealing applied via 11 special seals on the lens barrel, making it a perfect partner for the weatherproof X-T2 camera. 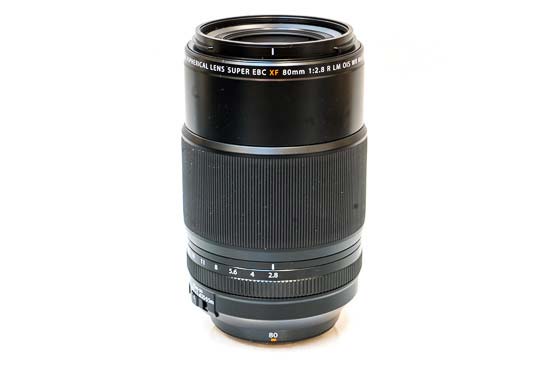 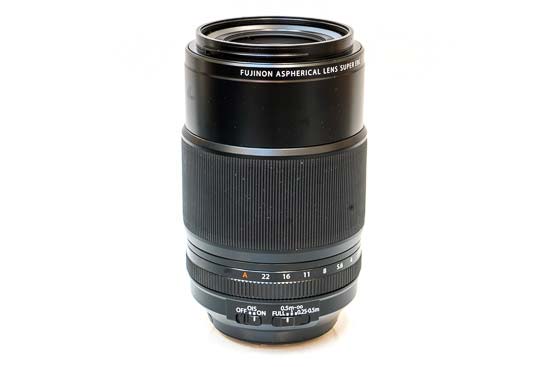 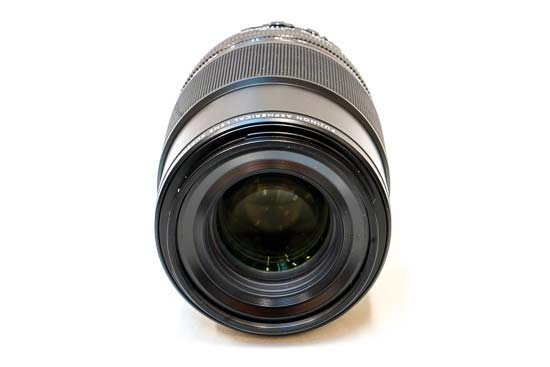 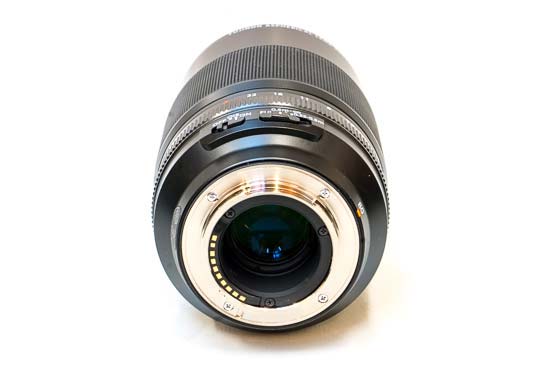 The Fujifilm XF 80mm f/2.8 R LM OIS WR Macro lens is driven by a Linear AF Motor. In practice, we found the auto-focusing system to be fairly quick, silent and reliable - it's not up there with the fastest X-series lenses in terms of AF speed, but it is respectably quick for a dedicated macro lens. 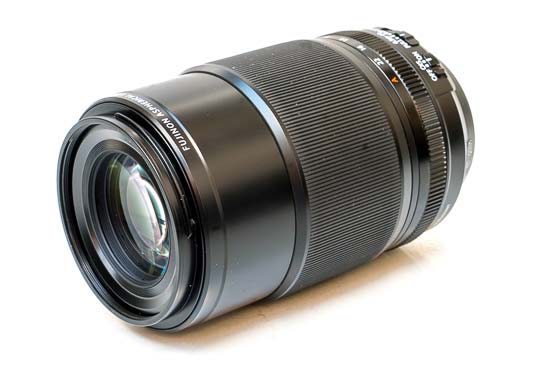 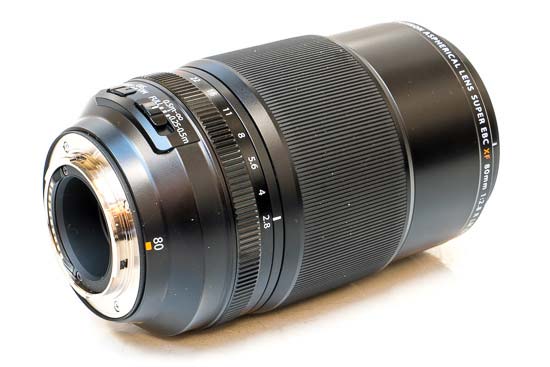 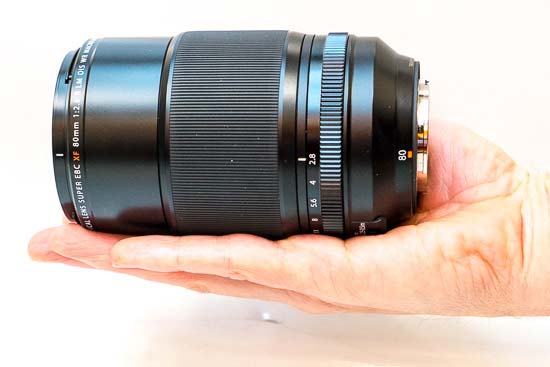 The front of the lens does not rotate on focus, which is good news for anyone looking to use the lens in conjunction with a polariser or neutral density filter.

In terms of accessories, the lens ships with a very large plastic round-shaped lens hood and a lens wrapping cloth, rather than a case. 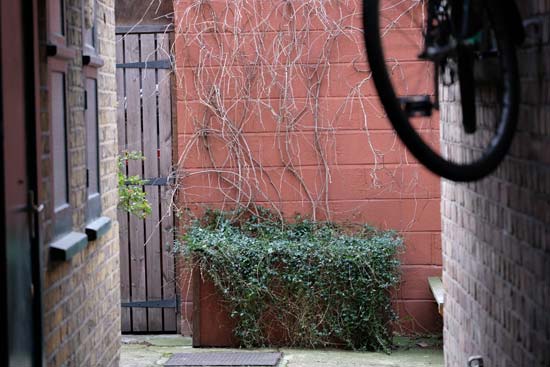 The Fujifilm XF 80mm f/2.8 R LM OIS WR Macro doesn't exhibit any distortion, as you can see in the photo below, and vignetting is very well-controlled too even wide-open at f/2.8. 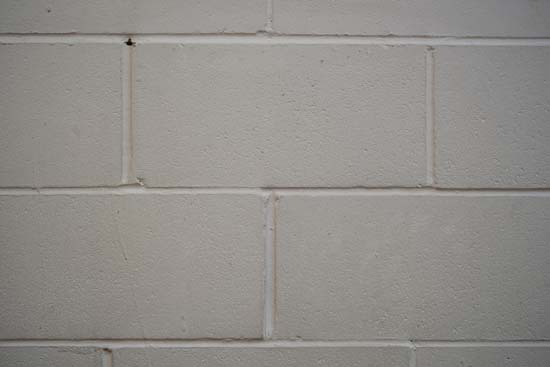 Chromatic aberrations, typically seen as purple, blue or green fringes along contrasty edges, were only noticeable by their complete absence from our sample images.

The Fujifilm XF 80mm f/2.8 R LM OIS WR Macro has a close-focus point at 25cm from the sensor plane and a maximum magnification of 1x. The following example illustrates how close you can get to the subject, in this case a CompactFlash card. 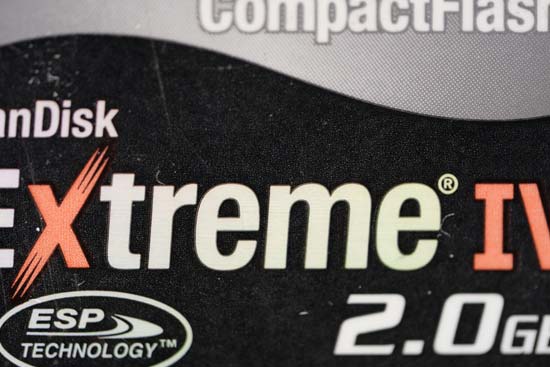 Bokeh is a word used for the out-of-focus areas of a photograph, and is usually described in qualitative terms, such as smooth / creamy / harsh etc. Fujifilm have paid attention to this aspect of lens use, employing a 9-segment diaphragm with rounded blades for pleasing bokeh. In our view, their efforts have been pretty successful - see the examples below.