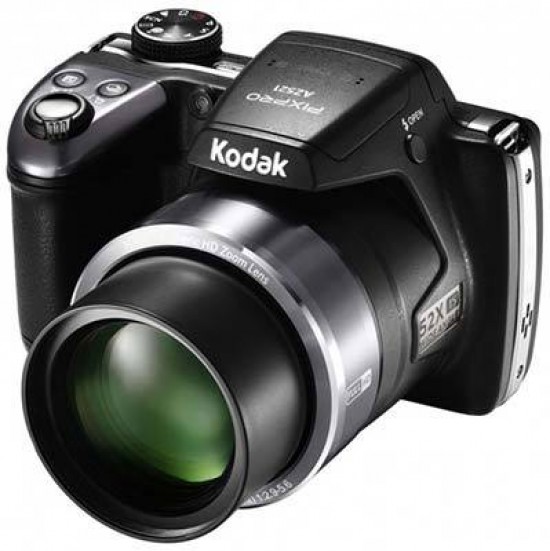 The images achievable by the Kodak PixPro AZ521 in good light - namely clear blue skies - prove to be something of a revelation. In terms of low light, completely unsurprisingly, noise starts to visibly intrude into a shot above ISO800. Whilst ISO1600 has a noticeably softer and at the same time grainier appearance it’s usable at a push, as, to be honest, are images taken at ISO3200 - they’re that much softer and noisier again, but far from the worst effort we’ve seen in our almost 15 years of handling and reviewing digital cameras.

It’s in normal daylight conditions however that the AZ521 is given a chance to prove its worth and show what a physically larger piece of glass bolted on the front of the camera, even when twinned with a relatively physically small, can seemingly do.

We’re pleased to report that the camera delivers the well-saturated colour-rich results that we’d normally associate with the Kodak brand. Detail is noticeably impressive too - picking out subtleties of detail on the stem of a flower for example that we’d usually only expect to see provided by an interchangeable lens camera. OK, so if we look closely enough at the corner of an extreme wideangle shot we’re seeing a softening of detail and if shooting towards the other end of the zoom to draw faraway objects closer it can sometime take two or three shots to end up with one that’s sharp enough when shooting handheld.

There are 5 ISO settings available on the Kodak PixPro AZ521. Here are some 100% crops which show the noise levels for each ISO setting.

The Kodak PixPro AZ521's 52x zoom lens offers an incredibly versatile focal range, as demonstrated by the examples below.

The Kodak PixPro AZ521 handled chromatic aberrations fairly well during the review, with some purple fringing present around the edges of objects in certain high-contrast situations, as shown in the examples below.

The Kodak PixPro AZ521 offers a Macro setting that allows you to focus on a subject that is 1cm away from the camera when the lens is set to wide-angle. The first image shows how close you can get to the subject (in this case a compact flash card). The second image is a 100% crop.

The flash settings on the Kodak PixPro AZ521 are Auto, Auto/Red-eye Reduction, Off, On and Slow Sync./Red-eye Reduction. These shots of a white coloured wall were taken at a distance of 1.5m.

The Kodak PixPro AZ521's maximum shutter speed is 4 seconds, which is not great news if you're seriously interested in night photography. The shot below was taken using a shutter speed of 1 second at ISO 800.