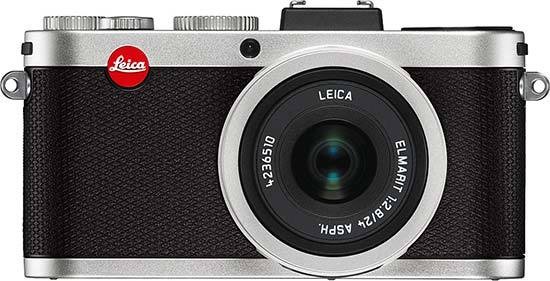 The Leica X2 is understandably a bit of a curiosity in the current marketplace - but it definitely has personality. It's a camera that works best when used for considered image taking (and making) - for when you have time to focus on your subject (forgive the pun). It's not a happy snapper but neither is it the master of all trades. Rather it delivers the goods in the best way possible when used for general everyday scenes, and at its brightest f/2.8 aperture we were still able to ape a DSLR and achieve those attractive shallow depth of field shots that everybody loves.

Comparing a DNG file and a super fine JPEG alongside one another it's clear that a greater amount of texture and detail has been retained in the former (the subtleties of cloud formations in the sky or the depth to brickwork for example) - and it's in this mode that images have more of a three dimensional depth and visual punch, with JPEGs looking (as is often the case with any digital compact) a tad flat when delivered straight from the camera. Naturally the DNG files also allowed us to pull detail back from highlights that was simply bleached out in the JPEG version.

Unless you're getting up close to a subject and deliberately looking to blur everything beyond the subject itsself, then detail is maintained into the corners of the frame in wide shots, although there is a slight smudging at the extremities under very close examination. Inevitably perhaps there are some instances of purple fringing, as we get with 99% of digital compacts, and here at least such aberrations are kept reasonably tightly under control.

In terms of low light performance the Leica X2 delivers a good fist of it up to and including the very top ISO12500 setting. Although yes there is grain visible across the entirety of this image it's very fine grain and if the shot were converted to black and white, such a look would actually prove pretty effective. Again a very fine degree of grit is present at ISO3200 and ISO6400, so stick to ISO1600 to play it safe.

In short, plenty of detail to play with here in a variety of shooting conditions.

There are 8 ISO settings available on the Leica X2. Here are some 100% crops which show the noise levels for each ISO setting:

The Leica X2's lens provides a focal length of 35mm in 35mm terms, as demonstrated below.

The Leica X2 handled chromatic aberrations extremely well during the review, with very limited purple fringing mainly present around the edges of objects in high-contrast situations, as shown in the example below.

The Leica X2 offers a Macro setting that allows you to focus on a subject that is 30cms away from the camera when the lens is set to wide-angle. The first image shows how close you can get to the subject (in this case a compact flash card). The second image is a 100% crop.

The Leica X2's maximum shutter speed is 30 seconds in the Manual mode, which is great news if you're seriously interested in night photography. The shot below was taken using a shutter speed of 1/3 second at ISO 3200.