The AF-S Nikkor DX 10-24mm f/3.5-4.5G ED is the widest rectilinear lens in Nikon's DX lens line-up. Compatible with all of the manufacturer's DX-format digital SLR cameras, the 10-24mm f/3.5-4.5 lens boasts an angle-of-view range similar to that of a 15-36mm lens in a 35mm system. Other highlights include a close-focus point of 24cm, an iris diaphragm with seven rounded blades, and an optical formula that comprises 14 elements in 9 groups, including two ED and two aspherical elements. The AF-S DX Nikkor 10-24mm f3.5-4.5G ED lens is currently available for £679 / $799 in the UK and the US, respectively. 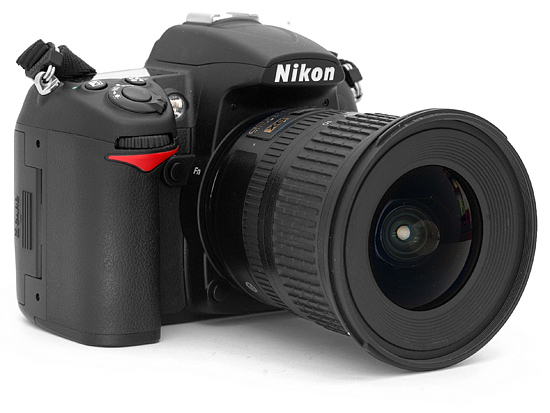 The Nikon AF-S DX Nikkor 10-24mm f/3.5-4.5G ED is a relatively small lens, at least when compared to its nearest FX equivalents; but it's still quite a bit bigger than a comparable Micro Four Thirds zoom, for example. As you can see in the picture above, it complements the Nikon D7000  very well, although it can be a tad front-heavy on a smaller camera body such as the Nikon D3200. In terms of camera-lens communication and auto-focus, the AF-S DX Nikkor 10-24mm lens is fully compatible with every Nikon DX camera ever made. 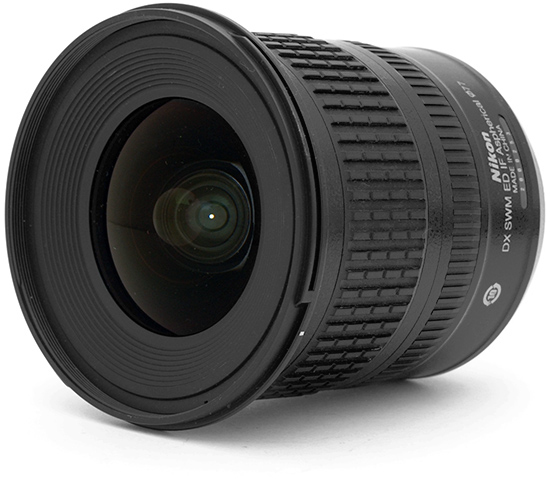 
The overall build quality is very decent. The Nikon 10-24mm lens boasts a metal mount, high-grade plastic barrel and non-rotating 77mm filter thread. The zoom ring is generously wide and has a ridged, rubberised grip band. Zooming is not internal, meaning the length of the lens changes slightly while you zoom. Physically the lens is shortest at around 14mm and longest at the 24mm setting. 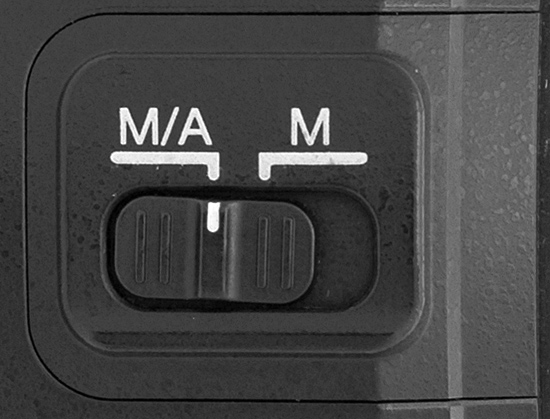 Both the zoom and the focus rings are smooth in action without being loose. Zoom creep is not an issue. Thanks to the lens' construction, manual focus override is always possible, even when the focus switch is in the M/A position; although with this particular lens I did not really feel a huge need for this feature. The focus ring is quite narrow and has no “hard stops” at either end of the focus range.

The Nikon 10-24mm lens features a rudimentary distance scale sheltered behind a plastic window but there is no infrared focus index or depth-of-field scale. Also, being a G series lens means you won't find a traditional aperture ring on the lens barrel, though this isn't a problem given that all compatible (DX) bodies allow you to set the desired f-stop using a body-integral command dial. 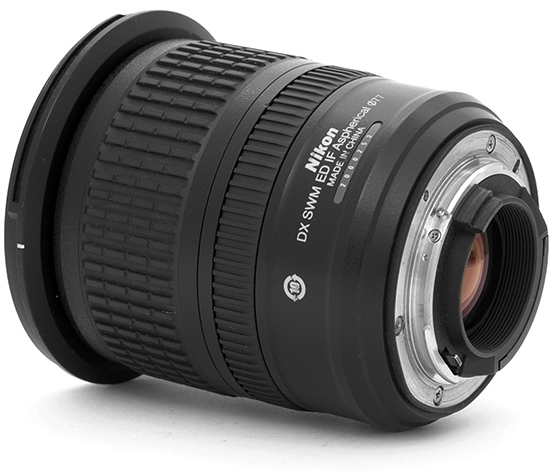 Rear of lens, isometric view. Note the rubber seal around the lens mount

As noted above, the Nikon AF-S 10-24mm f/3.5-4.5G lens has a metal mount, which comes complete with a rubber seal providing a degree of protection from the elements.

The lens ships with a petal shaped hood, but it was not provided to us for this test. 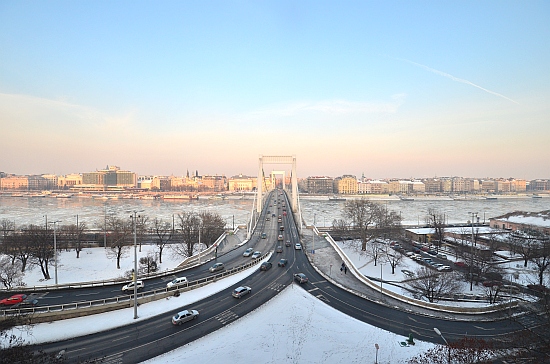 At the 24mm end, the angle of view narrows to 61 degrees, which can be described as moderate wide angle. 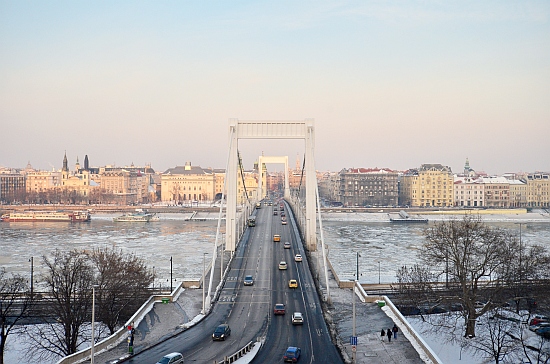 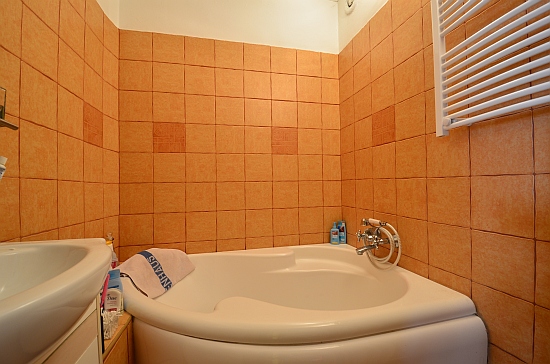 At the wider end, the Nikon AF-S DX Nikkor 10-24mm f3.5-4.5 has some barrel distortion, as you can see in the photo above, but it's no worse than you would expect from a 10mm lens. This turns into slight pincushion distortion at around the 14-15mm setting.

The AF-S Nikkor 10-24mm lens has an internal focusing (IF) system with a Silent Wave Motor (SWM). In practice, we have found the auto-focus to be fast, quiet and accurate. As noted above, you can grab the focus ring at any time for instant manual override but we did not really see a need for intervention. Thanks to the IF mechanism the front of the lens does not rotate on focus, which is very good news for anyone looking to use the lens in conjunction with a polariser or graduated neutral density filter.

Chromatic aberrations, typically seen as purple or blue fringes along contrasty edges, are a bit of a problem with the AF-S 10-24mm DX lens, but if you're using a recent Nikon camera body, you'll only see them in the raw image files as the JPEG processing engines of these cameras are smart enough to detect and remove most CAs automatically.

For an ultra-wide angle lens, the AF-S Nikkor 10-24mm f/3.5-4.5G produces remarkably little light fall-off in the (DX) image corners. Of course if you mounted the lens on a film camera you would see a lot of hard-edged vignetting, particularly in the 10-15mm range - but given that this is a DX lens whose image circle isn't meant to cover the full 35mm frame, this isn't something you're supposed to be doing anyway.

The Nikon 10-24mm f3.5-4.5 DX is not a macro lens. Nikon specifies a maximum reproduction ratio of 1:5, which we have found to be correct, meaning you can fill the frame with a subject that measures 118x79mm. The close-focus point is at 24mm from the sensor plane. The following example illustrates how close you can get to the subject, in this case a weather-beaten CompactFlash card. 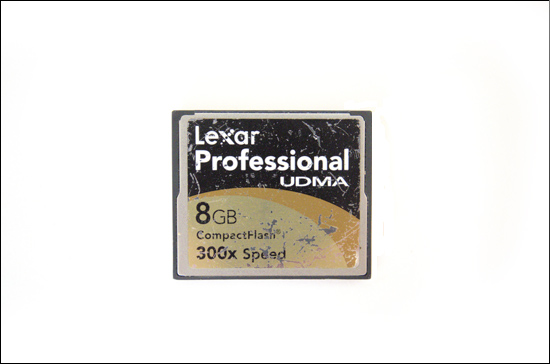 Bokeh is a word used for the out-of-focus areas of a photograph, and is usually described in qualitative terms, such as smooth / creamy / harsh etc. With an ultrawide-to-wide zoom, having anything substantially out of focus is bound to be a rare occurrence, requiring you to make a conscious effort to zoom in, focus close and use a wide aperture. That said, Nikon paid attention to this aspect of lens use too, employing a 7-segment diaphragm with rounded blades for pleasing bokeh. In our view, their efforts have been largely successful - see the examples below.