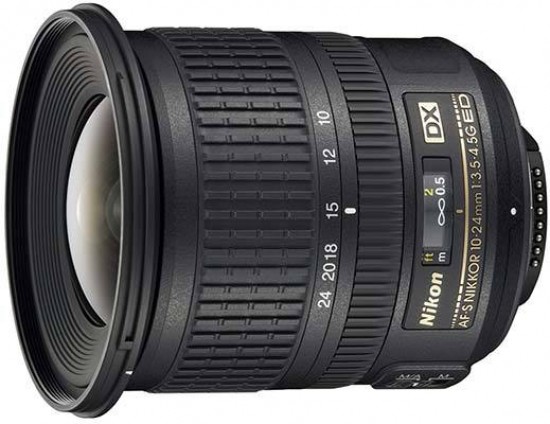 The Nikon AF-S DX Nikkor 10-24mm f3.5-4.5G ED is a well-performing and thoroughly enjoyable ultrawide-to-wide zoom lens. It's remarkably sharp in the image centre throughout the entire focal range, with edge sharpness also being commendably high at most settings, except wide open at the 10mm end. Vignetting is practically a non-issue as long as you use the lens on a DX body - for which it was designed - or an FX camera in DX crop mode. Chromatic aberrations are visible in the raw files but those shooting JPEG only on a recent Nikon DSLR will not really see them as they tend to be very well corrected in-camera. As expected from a wide zoom, there is considerable barrelling in the 10-14mm range, which turns into pincushion distortion at around the 15mm setting. The lens' macro performance is rather unremarkable but its close-focus point of 24cm still comes in very handy when including a foreground interest in the image, as you often do in landscape and architectural photography.

The lens also benefits from a fast and quiet auto-focus mechanism, generously wide zoom ring and a limited but still welcome distance scale. The lens mount is, thankfully, made of metal and is complemented by a rubber seal that provides a degree of protection against dust and moisture. Thanks to an internal focusing (IF) system, the front element and filter thread does not rotate on focus, which is very good news for those using polarisers and ND grads on a regular basis.

The only fly in the ointment is the price - at around £679 / $899 ($799 when discounted) this isn't exactly a cheap lens, which may hold back many enthusiasts, especially in the current economic climate. Those who plan on using an ultra-wide lens for paid work will of course find it much easier to justify the cost.