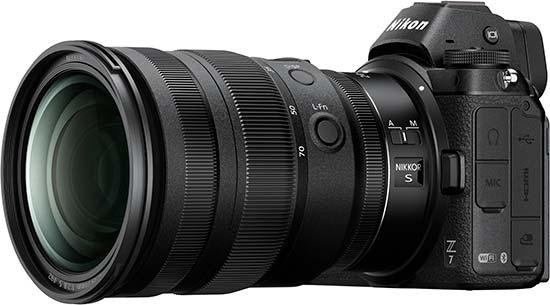 ​The latest addition to the Nikkor Z lens line-up, the 24-70mm f/2.8 S, is aimed at professional photographers. At launch, this focal length was covered by a 24-70mm f/4 lens, but having the wider aperture is craved by many including wedding, documentary, news photographers and more.

As well as being appealing for photographers, it also boasts a number of features which are likely to appeal to those using either a Z7 or a Z6 for video shooting, including quick and quiet autofocusing.

Other features include a display on the Nikon Z 24-70mm f/2.8 S itself, a customisable control ring, a manual focus ring and a function button. Unlike some other lenses in the Z range (including the 24-70mm f/4 lens), the 24-70mm f/2.8 lens does not feature inbuilt vibration reduction - such reduction is found in the bodies of Z series cameras, so that may not be too much of a loss to most shooters.

The lens construction includes 17 elements in 15 groups, plus a rounded 9-blade aperture. Nikon promises that this allows for natural looking bokeh (out of focus areas). The company also says that the lens is good for close-up shooting, with a minimum focus distance of 0.38m throughout the zoom range. Lens flare and ghosting is promised to be reduced thanks to lens coatings.

Like the Z range cameras and other lenses, the 24-70mm f/2.8 lens is fully weather-sealed and also includes a fluorine coating for repelling water, dust and dirt.

For the purposes of this review, we’ve been using the lens with the Z7, but in terms of handling, it will be exactly the same with the Z6 as both use identical bodies. 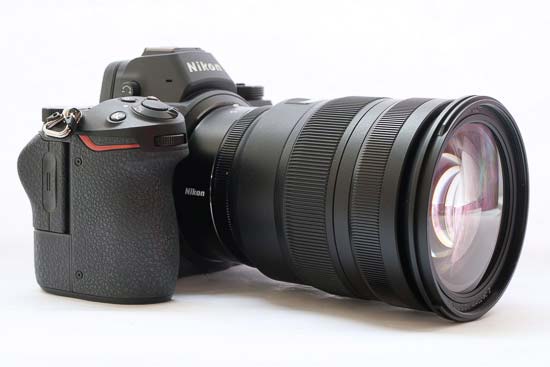 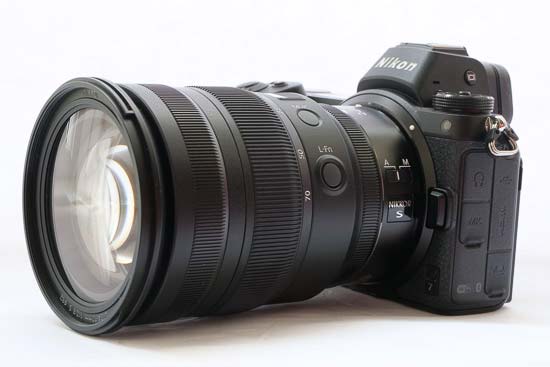 In order to necessitate the wider f/2.8 aperture than the existing 24-70mm f/4 lens, the Nikkor Z 24-70mm f/2.8 S Lens is a significantly larger and heavier proposition that its stablemate. That said, it doesn’t balance too badly with the Z camera body - you can probably just about get away with using it one-handed if you have a particularly steady hand, but for the most comfortable shooting experience, you’ll need to bring in your other hand to steady the lens (especially as in-lens image stabilisation is not included). 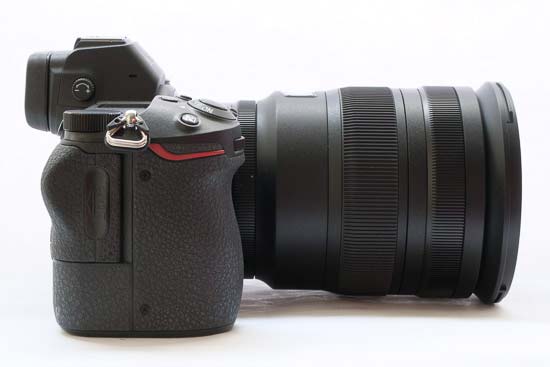 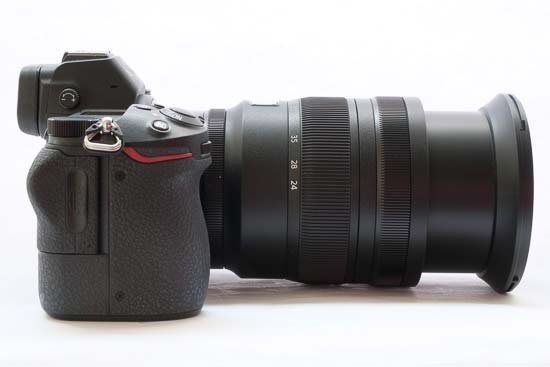 Although bigger and heavier than the other Z lenses in the line-up, the 24-70mm f/2.8 is still smaller lighter and than the DSLR equivalent, and certainly more convenient than using a DSLR lens with the Z adapter on your Z camera. 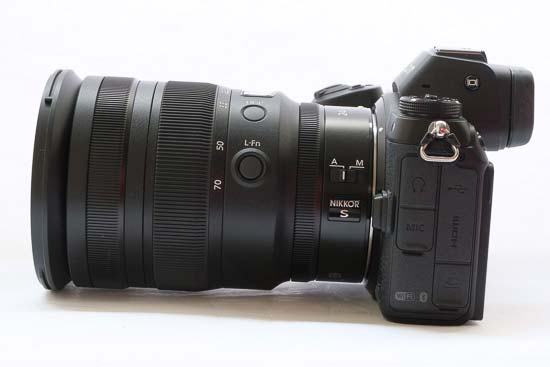 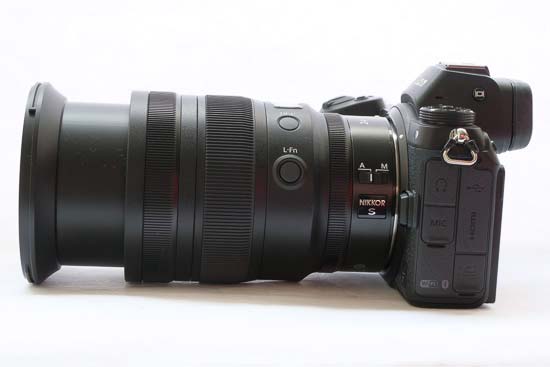 This being a more expensive lens aimed at professionals, it’s more complicated than the much simpler 24-70mm f/4 lens. Near the lens mount is a switch for moving between autofocus and manual focus. Just in front of this is a small custom control dial - by default you can use it as an aperture ring, but if you prefer you can change it to control exposure compensation in the main menu of the camera. 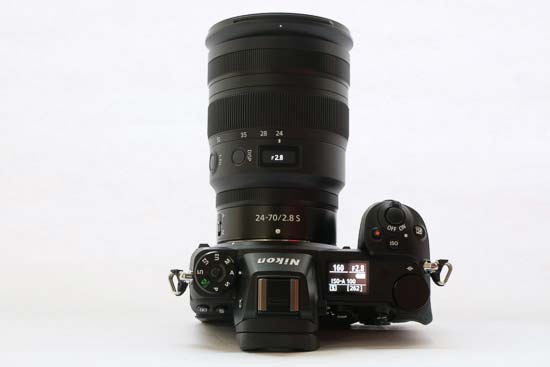 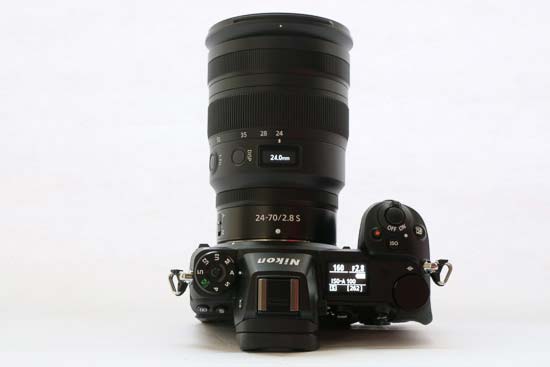 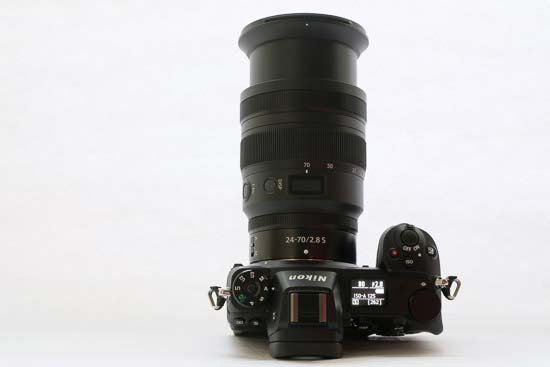 Moving forward towards the front of the Nikon Z 24-70mm f/2.8 S and you’ll find the L-Fn (lens function) button. Again this can be customised in the menu of the camera, offering a range of different settings which you can directly access from here. Next to this button is a display button which you can use for toggling between the different display options on the small OLED screen. You can choose between the lens focal length, lens aperture or focus distance and depth-of-field. It’s a useful indicator, especially if you’re using the lens from waist height, or if it’s mounted on a tripod. 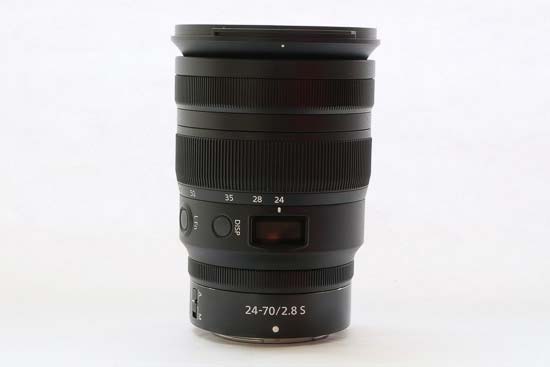 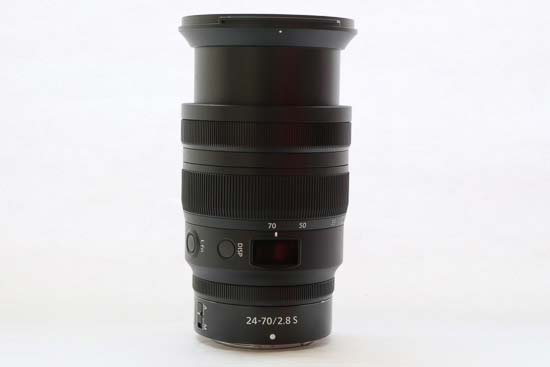 The largest lens ring can be found around the centre of the Nikon Z 24-70mm f/2.8 S. You can use this to zoom the lens in and out. It gives just the right amount of give to be easy to operate, while also being firm enough to prevent accidental movement. It is ridged to give a good grip, too.

Finally, at the front of the lens is a manual focus ring, which you can use either when working in manual mode, or to make tweaks after autofocus has been acquired. Again, it’s got a good amount of give, but there are no hard stops on either end of the lens for quickly establishing when you’ve reached the maximum focus distance. 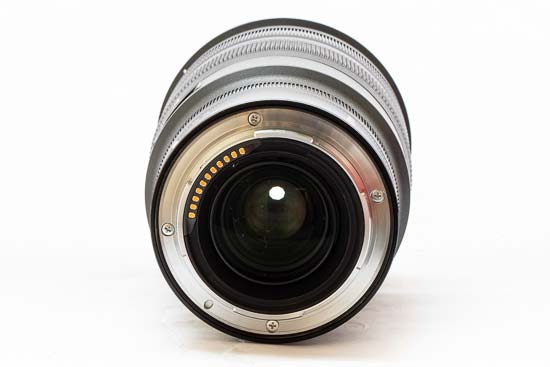 Also included in the box is a lens hood, which you can attach to the front of the Nikon Z 24-70mm f/2.8 S by lining up the white dots found on both the hood and the lens. It’s recommended that you attach this if shooting in bright light to prevent unwanted flare. The hood can be reversed onto the lens when travelling or not in use.

In order to attach the 24-70mm f/2.8 lens to your camera, all you need to do is align the white dot on the lens barrel with the white dot on the lens mount and twist into place. The lens mount is constructed from metal and has a robust construction which should withstand a lot of use. When you want to remove the lens from the mount, you press the release button on the camera button and twist to release it. A lens cloth which doubles up as a lens pouch is included in the box for storing the lens when not in use - but you might want to invest in something sturdier for extra protection. 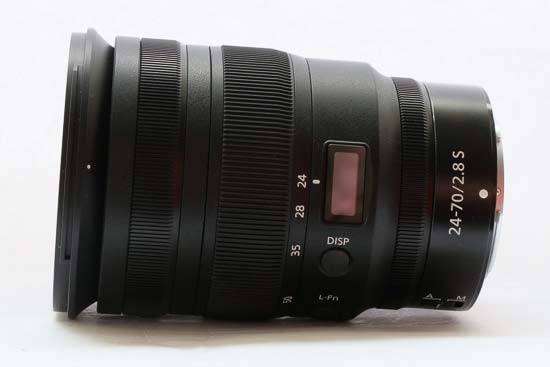 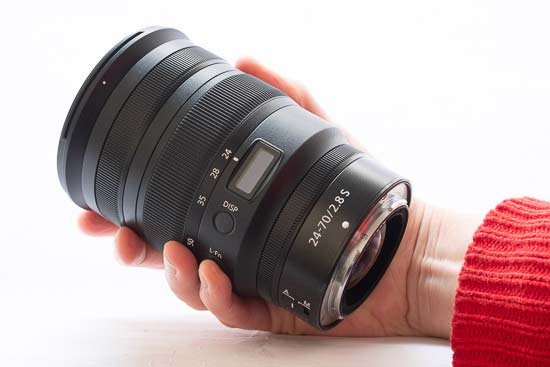 Focusing with the Nikkor Z 24-70mm f/2.8 S lens is very quick and accurate, locking onto the subject with ease in almost all situations. In very low light, the lens may hunt occasionally but it’s extremely rare for a false confirmation of focus to be displayed. Focusing is also virtually silent, making it appropriate for use when recording video. 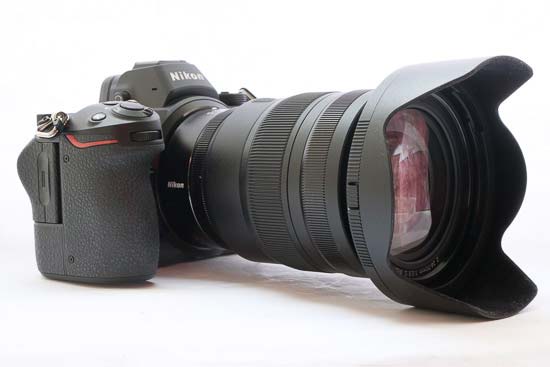 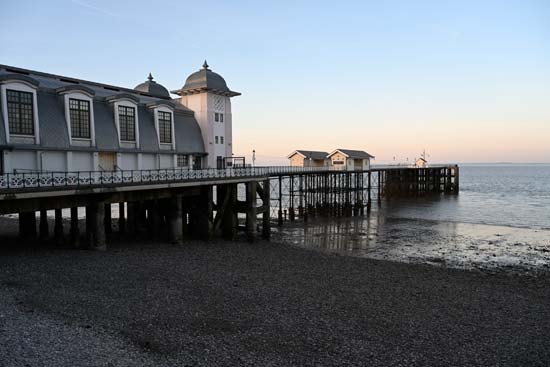 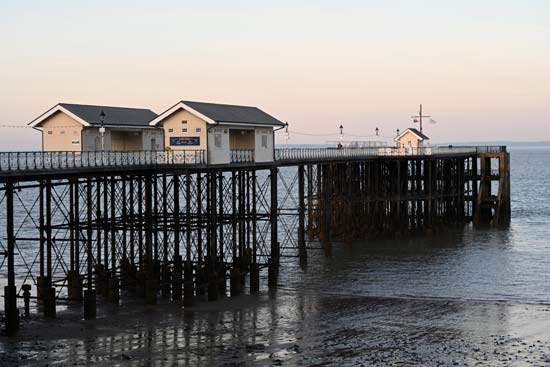 Typically appearing as blue or purple fringing along high-contrast edges in an image, chromatic aberration can be problematic for some lenses - particularly cheaper optics. As we’d expect from a high-quality and high-price lens such as the Nikon Nikkor Z 24-70mm f/2.8 S Lens Review, chromatic aberrations don’t appear to be an issue. Indeed, it is tricky to find too many examples of it occurring at all. In the below example, we were able to find some slight blue fringing when examining at 100% and scrutinising the sample image - but it’s not something that should present too much of a problem otherwise. 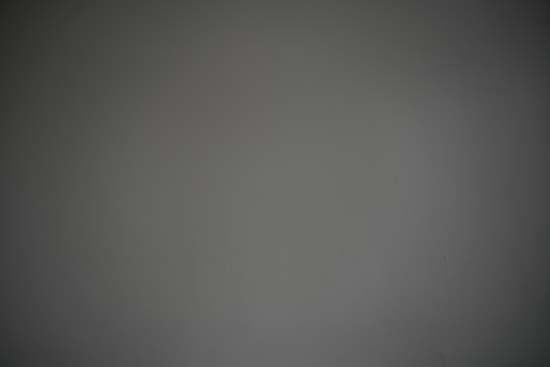 Thanks to inbuilt distortion correction for JPEG files, and raw files when opening them in software such as Adobe camera raw, distortion is not particularly problematic unless shooting at the wide angle very close to a subject. Standing a good distance away from the subject results in a very natural appearance across all the focal lengths. 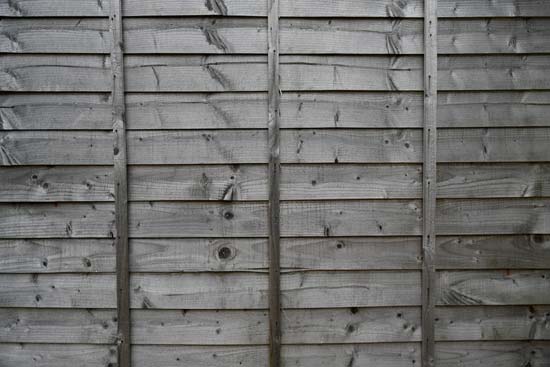 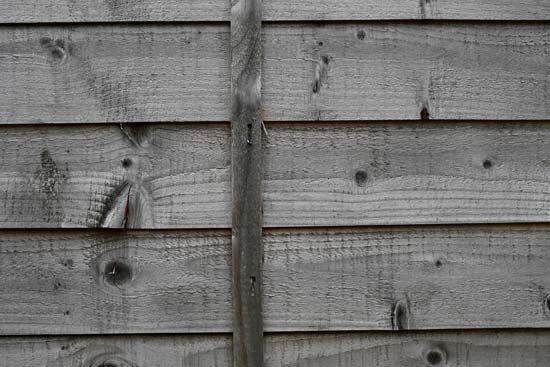 The Nikkor Z 24-70mm f/2.8 S is not designed as a macro lens by any means. It has a maximum reproduction ratio of 0.22x. However, it offers close focusing which makes it suitable for macro-type subjects, such as flowers and so on. The minimum focusing distance is 0.38m, at all focal lengths. 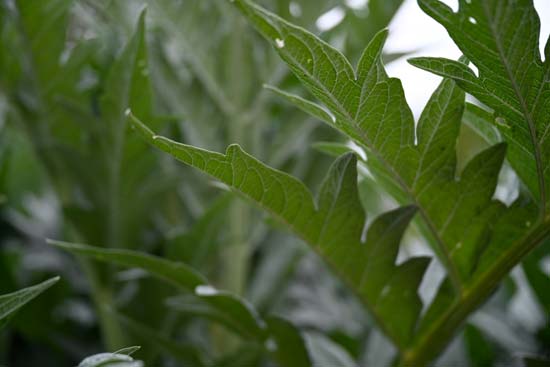 The name for out of focus areas in an image, bokeh is usually described in qualitative terms such as smooth, creamy or pleasing. With a maximum aperture of f/2.8, the Nikkor Z 24-70mm f/2.8 S is very capable of producing some very blurred backgrounds, making it an appealing lens for a number of subjects including portraiture and still life. Out of focus areas are rendered pleasingly and smoothly with a very natural appearance. See the quality of bokeh is subjective, we’ve included some examples below for you to judge for yourself. 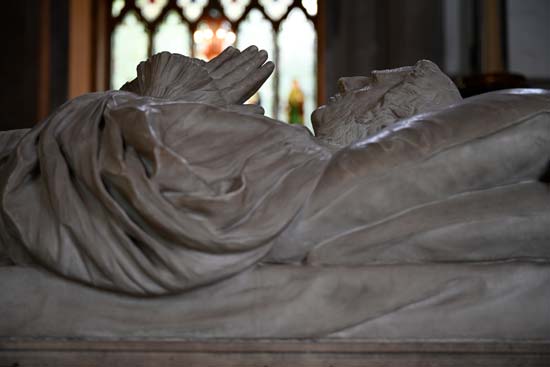 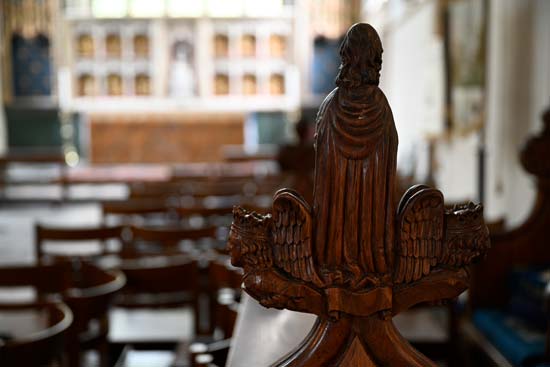 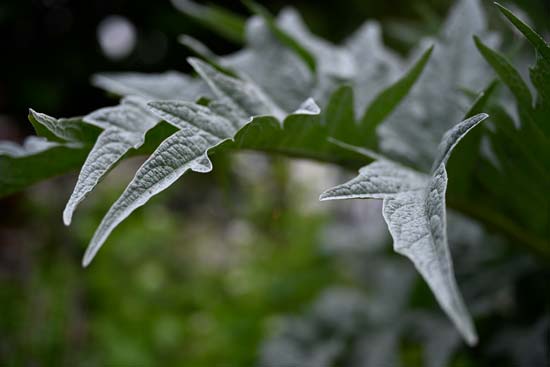 In order to show you sharp this is lens is, we are providing 100% crops on the following pages.