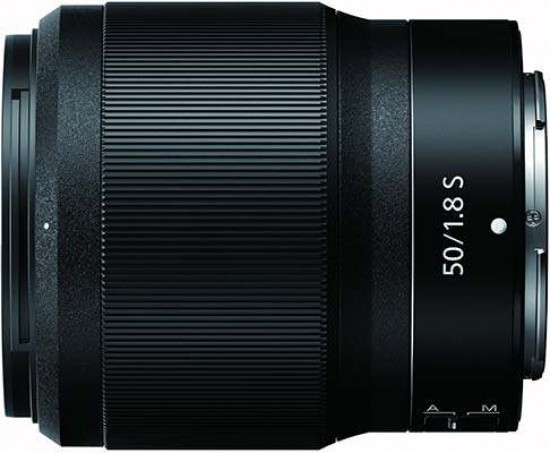 The Nikon Z 50mm f/1.8 S is something of a no-brainer if you don't have a 50mm lens for your new Nikon Z6/Z7 camera, and well worth considering even if you do already have a 50mm DSLR lens.

In terms of image quality, the Nikon Z 50mm f/1.8 S is incredibly sharp throughout the aperture range, with similar performance in both the centre of the image and at the edges. Despite "only" being an f/1.8 lens, it can create very pleasing out of focus areas which are great for portraits and other subjects which you want to isolate. There's some vignetting apparent when shooting wide open, but otherwise image quality is pretty stellar.

The Nikkor Z 50mm f/1.8 S is noticeably bigger and heavier than a comparable Nikon 50mm DSLR lens, but if you wanted to use those lenses on the Z6/Z7 cameras, you'd have to factor in the size, weight and additional cost of the Nikon FTZ adapter. Using the Nikon Z 7 with the Nikkor Z 50mm f/1.8 S lens is a great experience, as it’s very well balanced and shares the same level of weatherproofing as the Z 7 body.

As with the Z 35mm f/1.8 prime, Nikon has kept it relatively simple with the design of the new Z 50mm f/1.8 S. Some photographers may wish for extras, such as a focus distance indicator, but it’s likely that the vast majority of people will be using it with autofocus enabled, which thankfully proved to be quick and accurate on the Z 7 camera.

We loved the Nikkor Z 35mm f/1.8 S when we reviewed it, and the new Nikkor Z 50mm f/1.8 S is another humdinger, especially given that it's considerably cheaper than the 35mm lens. This fast fifty should be on the shopping list of all new Nikon Z owners...