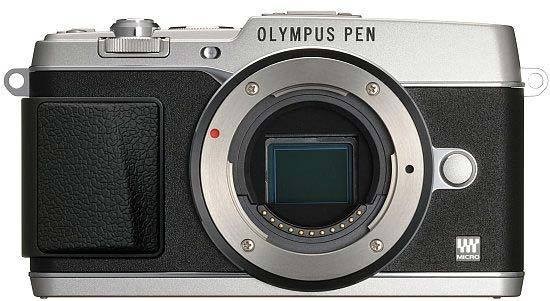 Reviews of the Olympus E-P5 from around the web.

The Olympus PEN E-P5 ($1,449.99 list with 17mm lens and EVF)$1,449.00 at Amazon is the latest addition to the Olympus Micro Four Thirds camera family, and it's a winner. The PEN features the same imaging engine and stabilization system as our Editors' Choice OM-D E-M5$1,149.00 at Amazon, but uses a removable add-on EVF rather than a built-in version. It's got built-in Wi-Fi, a first for the PEN family, and an innovative control system that lets you take command of four camera settings via a toggle switch and two control dials. It doesn't have the OM-D E-M5's weather sealed body or kit lens, but it does put a few additional controls at your fingertips.
Read the full review »