The sharpness tests for this review were carried out using a real-world subject rather than a test chart. The Olympus 17mm f2.8 pancake lens was attached to an Olympus E.P2 compact system camera, which in turn was mounted on a sturdy tripod. The self-timer was used to avoid any vibrations from pressing the shutter release. Slight tonal changes are due to slight changes in natural light during the session. The 100% crops represent about 1/300th of the total frame area. 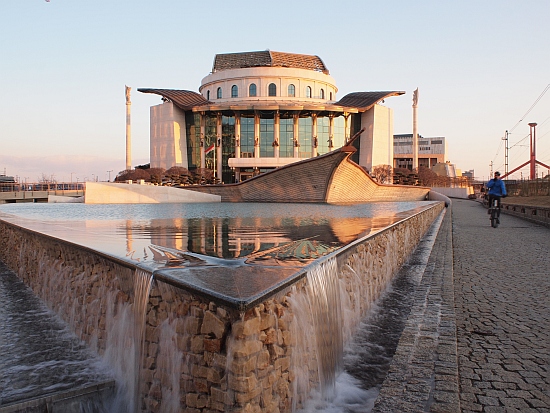 Centre sharpness is very good wide open, and reaches its “sweet spot” at f/5.6. From f/8, the effects of diffraction start to become visible, but centre sharpness remains very good at f/11 and good at f/16. Only the f/22 setting produces unacceptable results. The edges follow a similar pattern – sharpness is good wide open, better still at f/5.6, good again at f/8 and f/11, somewhat worse at f/16, and predictably poor at f/22. Overall, a good performance, but not especially outstanding for a prime lens.