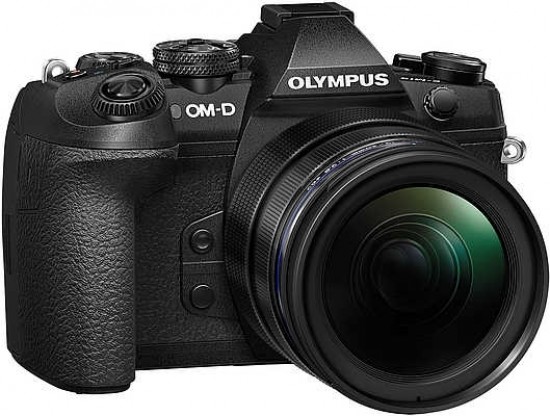 All of the sample images in this review were taken using the 20 megapixel SuperFine JPEG setting, which gives an average image size of around 12Mb.

The Olympus OM-D E-M1 Mark II produced images of outstanding quality during the review period. It produces noise-free images at ISO 64 to 1600, with limited noise starting to appear at ISO 3200. ISO 6400 exhibits quite visible noise and loss of fine detail, and the fastest settings of ISO 12800 and 25600 are even noisier but still usable for small prints and web use.

The images were a little soft straight out of the camera at the default sharpening level and ideally require further sharpening in an application like Adobe Photoshop, or you can change the in-camera setting if you don't like the default results. The Art Filters produce special effects that would otherwise require you to spend a lot of time in the digital darkroom. The image stabilisation system works excellently for both stills and video, even when hand-holding the camera at very slow shutter speeds.

There are 9 ISO settings available on the Olympus OM-D E-M1 Mark II. The base sensitivity is ISO 200 but there is an expanded low sensitivity setting equivalent to ISO 64. These crops demonstrate the image quality at each setting.

The file quality settings available on the Olympus OM-D E-M1 Mark II include Basic, Normal, Fine and Superfine for JPEGs, and you can also shoot in Olympus’s proprietary ORF raw file format. Do note that the Superfine setting must first be enabled from the menu in order to appear among the selectable quality options.

The  Olympus OM-D E-M1 Mark II offers exposure times as long as 60 second in a metered exposure or up to 30 minutes in bulb mode, which is excellent news for anyone seriously interested in night photography. Live Bulb mode allows you to view the progression of exposure during a bulb exposure in real-time and a live view histogram shows how the exposure is built-up across all points of the image. The following picture was taken handheld at a shutter speed of 1/60 second, aperture of f/2.8 at ISO 3200.

The Olympus OM-D E-M1 Mark II comes with a five-axis sensor-shift image stabilisation (IS) system, which allows you to take sharp hand-held photos at slower shutter speeds than with cameras that lack this feature, up to an incredible 6.5 shutter speed steps of correction. The following 100% crops are taken from images taken with the M.ZUIKO Digital ED 12-100mm 1:4.0 IS PRO lens at a shutter speed of 1/15th of a second, with and without IS. The image stabilisation system also works during video capture, producing remarkably steady hand-held footage most of the time.

The Olympus OM-D E-M5 Mark II can create a 50 megapixel JPEG or an 80 megapixel RAW file in the High Resolution Shot mode, achieved by shifting the sensor in half-pixel steps and capturing eight images over a period of one second. Olympus recommends that you mount the camera on a tripod or other stable surface to obtain sharp results.

The Olympus OM-D E-M1 Mark II offers 14 ‘art filters’, which allow you to quickly apply an artistic effect to a photo before taking it. Art filters are easily accessible via a dedicated slot on the mode dial.

The Olympus OM-D E-M1 Mark II camera can shoot at up to 18fps with continuous autofocusing and metering.

To test this out, I hand-held the E-M1 Mark II and the 12-100mm f/4 lens, and then recorded an eagle that was flying towards me. Nothing else was used to support the camera, and the weather was frankly terrible (raining and overcast), yet the E-M1 II managed to nail the focus on the majority of frames. Here's a video showing the 45 still shots that I took, played back at a very slow frame rate so that you can judge more clearly if the eagle is in focus or not.

The new Olympus OM-D E-M1 Mark II camera has an innovative Pro Capture mode which should make it easier to capture that decisive moment. Simply set the shooting mode dial to the Pro Capture setting, then press and hold the shutter release button halfway. The E-M1 Mark II will then continuously buffer a series of full resolution 20 megapixel JPEG / RAW images until you fully press the shutter button, at which point it will capture the image plus the 14 previous frames. If you want to take full advantage of the E-M1 Mark II's amazing 60fps shooting rate, continue to keep the shutter release fully depressed to take up to an additional 99 frames.

I was able to try the Pro Capture mode out whilst photographing an archer who was shooting arrows through a series of water balloons. I half-pressed the shutter release button, then fully pressed it when the archer let go of his arrow, and continued to hold down the shutter to fire at the full 60 frames per second rate. The Olympus OM-D E-M1 Mark II was able to capture a sequence of images with the balloons intact, then the arrow going through the ballons with the water exploding. And remember, the E-M1 Mark II can do this whilst capturing full-resolution, 20 megapixel Raw files!

Here's a 2 second video clip at 30fps showing the 60 frames.

And here are the same 60 frames laid out in a grid.

The Olympus OM-D E-M1 Mark II camera can shoot 4K video whilst taking advantage of its in-body 5-Axis image stabilization, which compensates for all types of camera shake.

To test this out, I hand-held the E-M1 Mark II whilst sat in a moving car, and then recorded a pair of horses that were running alongside at roughly the same speed. Nothing else was used to support the camera, and this was the first and only take that I was able to record. Here's the resulting footage.