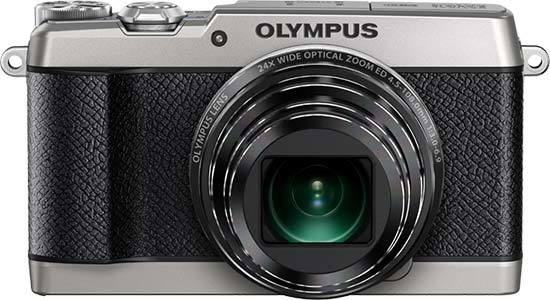 When we reviewed the SH-2's forebear the Olympus SH-1, we had some pretty serious issues with its image quality. That camera applied so much noise reduction to the photos it captured that they took on a watercolour-like look when viewed at 100% magnification – and there was nothing the user could do about it. Fortunately, Olympus addressed this issue in the SH-2 with a two-pronged approach. Firstly, they have applied some clever tweaks to the JPEG engine to make the images look more photograph-like, and secondly, they have added raw capture to the camera's list of features. As a result, the Olympus SH-2 offers a marked improvement in image quality over its predecessor. Of course, you shouldn't expect DSLR-level IQ from a tiny, pixel-packed sensor, but at least the SH-2 is no longer a let down in the image quality department.

The Olympus SH-2 has 7 sensitivity settings ranging from ISO 125/22° to ISO 6400/39°. JPEG noise reduction, while pretty evident in the images even at base ISO, is not nearly as aggressive as it was in the SH-1. The crops taken from the raw files clearly show how much noise there is in the images, but the option of shooting raw enables users to apply their favourite demosaicing and noise reduction algorithms to the photos, which gives them a lot more flexibility than being stuck with the in-camera processing.

The lens has an extremely versatile focal range, as demonstrated by the examples below.

The out-of-the camera images are a little soft and benefit from a little sharpening in an image editor such as Adobe Photoshop.

The Olympus SH-2 has 2 different JPEG image quality settings available, with Fine being the higher-quality option. The camera can also capture raw images.

For an ultra-zoom, the Olympus SH-2 produced remarkably little chromatic aberration. The examples below are the absolute worst cases of purple fringing we encountered while testing the camera.

The Olympus SH-2 has a Super Macro mode, which enables it to focus as close ass 3cm. Unfortunately, Super Macro is available as a separate Scene Mode rather than a shooting option. The example below shows how close you can get to the subject; in this case, a Secure Digital memory card.

The camera has a pop-up flash that has to be raised manually. The available settings are auto, fill in, redeye-reduction and off. Note that the settings can only be adjusted when the flash is raised. These shots of a white ceiling were taken at a subject distance of 1.5m.

And here are some flash portraits. As you can see the flash did not produce a noticeable red-eye effect.

The Olympus SH-2 brand new Nightscape Mode with five settings including Night Portrait, Night Scene, Fireworks, Hand-held Starlight and Live Composite; plus it offers a minimum shutter speed of 30 seconds in M mode, which is excellent news for photographers interested in night photography. The following photo was captured at a shutter speed of at a shutter speed of 13 second, aperture of f/3.0 and a sensitivity setting of ISO125/22°. We have provided a 100% crop for you to see what the quality is like.

The camera has an HDR exposure blending mode, which takes advantage of its extremely fast sequential shooting capability to capture two exposures in rapid succession. These are then blended into a single image with improved highlight and shadow detail.

In addition to the ubiquitous Vivid, Natural and Muted options, the Olympus SH-2 has four special picture modes including Fish-Eye, Reflection, Sparkle and Fragmented.

The Olympus SH-2 has two hi-speed movie recording modes, HS120fps and HS240fps. These embedded videos demonstrate what kind of results you can expect from each. Notice how steady the footage is (especially the one shot at 720/120p) as a result of the camera's effective image stabilisation system.

The Olympus SH-2 can record time-lapse movies of up to 20 seconds in length. The maximum recording time is five hours. The recording can be interrupted by the user at any point.

The Olympus SH-2 has a dedicated Panorama mode on its shooting mode dial.  The Panorama mode has two options – Auto and Manual. In Auto mode, you simply pan the camera and it automatically processes the images for you. In Manual Panorama mode, three frames are taken and combined by the camera. The user composes the shots using a guide frame and manually releases the shutter. The following panoramic image was captured in Auto Panorama mode.

The camera has a 5-axis anti-shake system, which works exceedingly well. The following crops, coming from two different images taken with and without IS at a focal length of 106mm (eq.) and a shutter speed of 1/6 second, demonstrate the capabilities of the image stabilisation system.