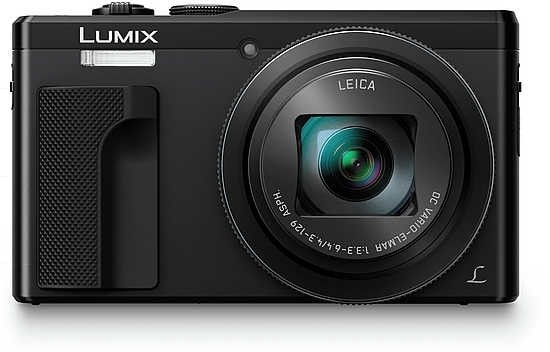 Somewhere along the line that decision has been reversed, and as a result, it seems that image quality from the Panasonic Lumix DMC-TZ80 doesn't quite match the TZ70's high quality in some situations. In bright light, the TZ80 is very capable, but even at relatively low ISOs (such as 200), you can see image smoothing and loss of detail, which only gets worse the higher up the sensitivity scale you go.

Although noise isn't particularly visible until fairly high up the sensitivity range - it only starts to become problematic when you reach ISO 3200, this seems to be as a result of extensive image smoothing which render those shots taken at the highest settings of ISO 1600 only really useable at small printing or sharing sizes.

At present, it's not possible to open the Panasonic Lumix DMC-TZ80's raw files using Adobe Camera Raw. You can download Panasonic's own Silkypix software to open and edit the RW2 files instead. If you switch off the default “sharpness”, you can see a lot more noise appearing in ISO 1600 and above images - but also a lot more detail. With that in mind, you can adjust the amount of noise reduction if you would prefer more detail, which could potentially save some shots which have lots of fine areas.

Most of the time, the camera's all-purpose metering system does a good job of accurately assessing the scene to produce balanced exposures. Automatic white balance also copes well most of the time, but it can be a little thrown by mixed lighting situations (for instance, an illuminated room which also has some natural light coming in from a window). In these cases, it's best to switch to a specific white balance setting, such as Fluorescent.

At the end of the 30x optical zoom, it's also possible to see some loss of detail, and again, it seems as if the Panasonic Lumix DMC-TZ80 can't quite match the TZ70 in terms of sharpness and clarity. Images taken at other focal lengths, such as 10x or 20x, fare better though. On the plus side, the camera's inbuilt optical image stabilisation does a good job of keeping images free from blur when using the full reach of the optical zoom.

There are 8 ISO settings available on the Panasonic Lumix DMC-TZ80. Here are some 100% crops which show the noise levels for each ISO setting.

The Panasonic Lumix DMC-TZ80 handled chromatic aberrations well during the review, with some purple fringing present around the edges of objects in certain high-contrast situations, as shown in the examples below.

The Panasonic Lumix DMC-TZ80 offers a Macro setting that allows you to focus on a subject that is 3cms away from the camera when the lens is set to wide-angle. The first image shows how close you can get to the subject (in this case a compact flash card). The second image is a 100% crop.

The Panasonic Lumix DMC-TZ80's maximum shutter speed is 60 seconds, which is great news if you're seriously interested in night photography. The shot below was taken using a shutter speed of 4 seconds at ISO 400. The camera takes the same amount of time again to apply noise reduction, so for example at the 15 second setting the actual exposure takes 30 seconds.