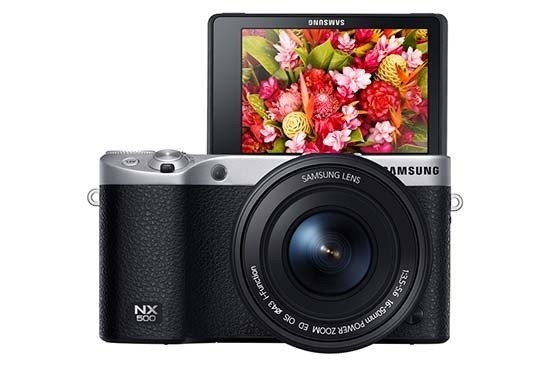 The new Samsung NX500 is by far the cheapest interchangeable lens camera to offer 4K video recording, coming in at less than half the price of the flagship NX1 whilst cramming in most of that camera's features into the design of the more compact previous NX300 model. It isn't quite as simple as NX1 meets NX300, though, as the NX500 makes quite a few concessions, particularly on the video side, to hit both the aggressive price point and to the compact dimensions. Still, it feels slightly mean to criticise the NX500 too much when it delivers so much of the NX1's features and image quality at such a competitive price.

Overall performance and video are the two areas where the NX500 doesn't compare quite so favourably to the flagship NX1. The NX500's DRIMeVs processor has less memory than the NX1, resulting in a slower (but still very impressive) 9fps burst shooting rate, a lower maximum bitrate of just under 50Mbit/s, the inability to stream 4K video from the HDMI port, and a 4K mode that is achieved by cropping the middle 60% of the image from the camera's 6.5K sensor, which drastically changes the effective focal length of the attached lens. The NX500 also suffers in comparison to its big brother by not having a standard 3.5mm microphone input for higher quality audio capture or a headphone jack, all things which will make serious videographers choose the NX1.

On the stills side, image quality is identical to the NX1, making the NX500 one of the best APS-C cameras in terms of image quality despite only being a mere mid-range model. And despite its compact dimensions, the NX500 offers pretty good handling and customisability and also solid build quality too, although the lack of a viewfinder is a bitter pill for serious photographers to swallow (the AMOLED screen is excellent though).

So although the Samsung NX500's formula isn't quite as simple as NX1 features meets NX300 design, the fact that you can now buy a 28 megapixel, 4K video interchangeable lens camera that's stylish, well-built and fast for just £599.99 / $799.99 (with a half-decent lens) is a really aggressive move by Samsung, one that should make the other manufacturers sit up and take note. Our only concern is that the NX500 might prove to be too complicated for its target consumer audience, and not quite complicated enough for advanced users, especially on the video side...