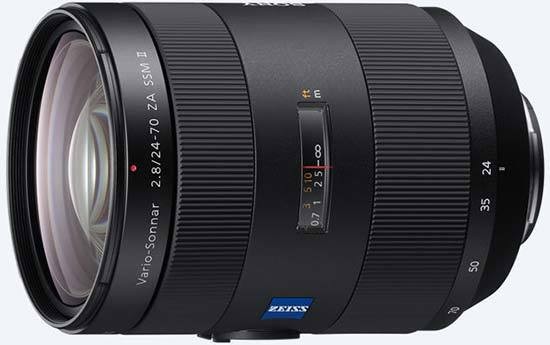 The Sony Vario-Sonnar T* 24-70mm F2.8 ZA SSM II is very much evolution rather than revolution, sharing the vast majority of its design, build and components with the original 24-70mm F2.8 ZA SSM. However that’s no bad thing, as this lens already performed superbly. Sony’s new additions of weather sealing and the tweaked autofocussing simply add extra appeal, though they’re unlikely to be compelling enough to warrant upgrading.

When it comes to high-performance mid-range zoom lenses for full-frame A-mount cameras, Sony certainly doesn’t have the market to itself. However, the Vario-Sonnar T* 24-70mm F2.8 ZA SSM II will be tough for third party lens manufacturers to beat, thanks to its superb sharpness at all apertures and focal lengths, along with its well-controlled fall-off, distortion and fringing. Factor the no-compromise build and internal optics, and there’s enough to make this lens an essential addition to a full-frame Sony DSLT kit bag.