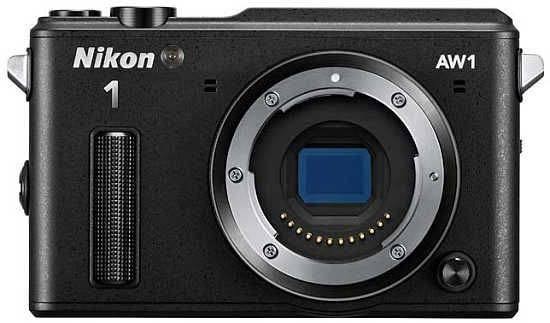 All of the sample images in this review were taken using the 14 megapixel Fine JPEG setting, which gives an average image size of around 7Mb.

If there's one word that could best sum up the AW1's performance when used with its 11-27.5mm kit lens it would be ‘consistency' – which is just what you want if hurtling down a ski slope whilst firing off bursts of images, or dodging sharks in the deep whilst trying to coax a crab from out of a crevice. Forget about its dust, freeze, drop and waterproofing however and this is a cracking and still relatively little camera in its own right. Maintaining sharpness well across the frame and providing bags of detail too, yes there are familiar bugbears such as purple pixel fringing creeping into branches where trees meet the sky but really this is no deal breaker. Colours as a default are a little warmer on this camera than we recall seeing on previous generations of Nikon CSC, which is generally a good thing. Even the digital filters, such as miniature and soft focus produce attractive results, thereby steering clear of being dismissed as a mere gimmick.

In terms of low light performance, ideally we wouldn't recommend going higher than ISO1600 or ISO3200 at a push. Results at top whack ISO6400, rather than showing Nikon to be a little conservative to top things there, instead reveal both image softness and noise which doesn't really do the camera any favours.

The base sensitivity of the Nikon 1 AW1 is ISO 100 and the highest setting is ISO 6400. The 100% crops below show what the quality is like at each setting for JPEG and RAW formats.

The Nikon 1 Nikkor 11-27.5mm f/3.5-5.6 kit lens does not suffer from strong chromatic aberrations - the example below shows the worst-case scenario you are likely to encounter in real-world images.

The Nikon 1 Nikkor 11-27.5mm f/3.5-5.6 lens offers quite a good close-up performance for a kit zoom. The following example demonstrates how close you can get to the subject, in this case a CompactFlash memory card. We have also included a 100% crop to show you what the quality is like.

The flash settings on the Nikon 1 AW1 are Auto, Auto with Red-eye reduction, Slow Sync, Slow Sync with red-eye reduction, Rear-curtain Sync and Flash Off. These shots of a white coloured wall were taken at a distance of 1.5m. Some vignetting and barrel distortion is apparent at the 27mm wide-angle setting.

And here are a couple of portrait shots. As you can see, neither the Auto or the Auto with red-eye reduction options caused any amount of red-eye.

The Nikon AW1 has a minimum shutter speed of 30 seconds, with a Bulb setting also available for really long exposures. The shot below was captured at a shutter speed of 20 seconds at ISO 160.