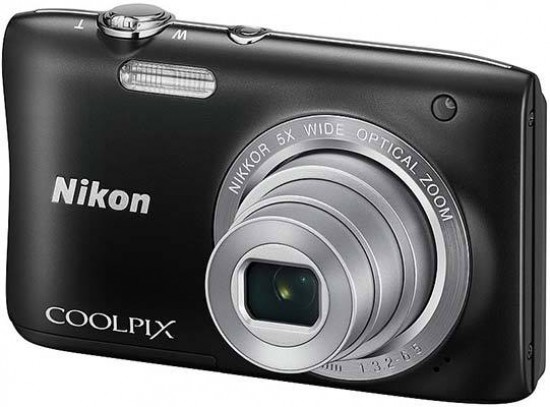 The Nikon Coolpix S2900 has two settings for the highest resolution. They're separated in the Main menu by a star on the setting with the highest compression. In this setting, you'll get pictures around 9.1Mb in size. Knocking it down to the Normal size gives images 4.6Mb in size. They're both still at 20 megapixels, just a different compression ratio allows more information to be lost.

Low ISO images on Nikon cameras are always a joy to view and the S2900 doesn't let us down. There's no noise, sharp edges and high definition in darker areas. At full magnification, we can see small, faint blue spots at ISO 100 – which is disappointing – but at normal viewing size, it's unnoticeable.

It's not until ISO 400 that you will see a big change in image quality. Coloured spots are starting to invade the image and edges are softer here. ISO 800 takes a drastic turn for the worst as colour noise gets more aggressive and steps up its attack. Detail in darker areas is almost non-existent at this point.

ISO 1600 has harsh coloured blobs of blue all over the darker areas, so in a bid to reduce the problem, the camera drops the resolution at ISO 3200 to 3.8 megapixels. It does work, but at a loss of image quality through loss of resolution.

The Nikon Coolpix S2900 has a modest 5x optical zoom that will cover pretty much everything you need it for, but you're not going to get really far away subjects. In 35mm terms, you're looking at a 26-130mm zoom range. At wide-angle there's a surprising amount of sharp detail at the edges of the frame.

The S2900 definitely benefits from a boost in an editing suite. We simply used the standard setting and it improved the sharpness of the pictures. They're by no means soft, though and you may prefer them as they are out of the camera.

Chromatic aberration is apparent in all pictures that have contrasting lines. Sadly, we also found it quite close to the centre of the frame. Normally it's located out at the edges of the frame where the lens is less sharp, so this is disappointing.

Close focusing on the S2900 is 10cm, which isn't the most useful setting. It's likely that Nikon decided the typical S2900 user won't be using the camera too close to a subject, opting for more wide-angle shots and distant subjects.

Nikon flash units are very intelligent and we never have a word bad to say about how they work in unison with the camera to support natural light. It's not invasive and gives a balanced and stable light source to the subject. There is some vignetting at wide-angle with and without flash. This is still present at full zoom, but less so.

We managed to get red-eye in our test shots for red-eye and using the pre-flash system didn't reduce it anymore than it already was. The best option in this case was to use the post processing red-eye removal system in the Playback Menu.

There are three ways to take pictures at night on the S2900. You can use Auto mode which will give a high ISO image that lacks any kind of detail – essentially rendering the image useless. Or you can use either of the two Night scene options. In the Scene Menu, choose the Night landscape mode and you can choose whether you want to handhold the camera or use a tripod/rest. The latter will lower the ISO to get a smoother image. It certainly helps, but our tests still struggled with available light and white-balance. Switching to hand-held gave a better exposure (really over-exposed compared to real life, but full of detail) but ramped up the ISO to do it. It still suffered with the white-balance then, as well.