The Olympus M.ZUIKO Digital 14-150mm f/4-5.6 ED is a superzoom lens for the steadily growing Micro Four Thirds system. Announced a year ago, the lens became available earlier this year. Featuring near-silent, high-speed focusing and an optical formula that includes Dual Super Aspherical and Extra-low Dispersion Aspherical elements, the M.Zuiko 14-150mm f/4-5.6 measures just 83.0x63.5mm, and weighs in at only 280 grams. The lens is available for £559.00 / $499.99 in the UK and the US, respectively. 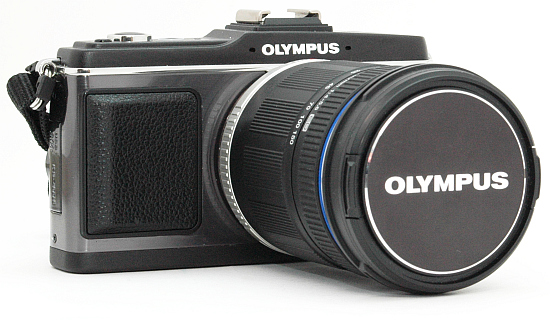 The  M.ZUIKO Digital 14-150mm f/4-5.6 ED is surprisingly small and light for a superzoom lens covering a 35mm equivalent focal range of 28-300mm. Zoomed out to the 14mm setting, the lens practically fits in the palm of your hand. 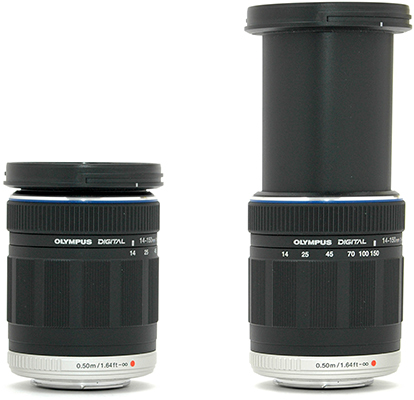 Zooming is not internal – as you can see, the front extends considerably upon zooming to 150mm, at which point the lens cannot be considered tiny any more. Still, it's a pretty compact affair for a lens that spans such a vast focal range. It's also remarkably light at only 280 grams (less than 10 ounces); nearly 40% lighter than the other Micro Four Thirds superzoom, the Panasonic Lumix G Vario HD 14-140mm f/4-5.8 Mega OIS.

In terms of features, the lens has little to offer (aside from its huge zoom range, of course). There is no distance scale, no focus limiter and no image stabilisation, either – the latter is probably among the main reasons why it is so much lighter than the above-mentioned Panasonic lens. This is no big deal as long as you use it on an Olympus body, which has sensor-shift IS, but can be a show stopper for Lumix G series camera owners.

The Olympus 14-150mm f/4-5.6 lens may have a lot of plastic parts, but the lens mount is, thankfully, made of metal. Olympus does not claim any sort of weather resistance for this lens, and indeed you cannot see a rubber seal around the mount (note that no current Micro Four Thirds camera is weather sealed anyway). 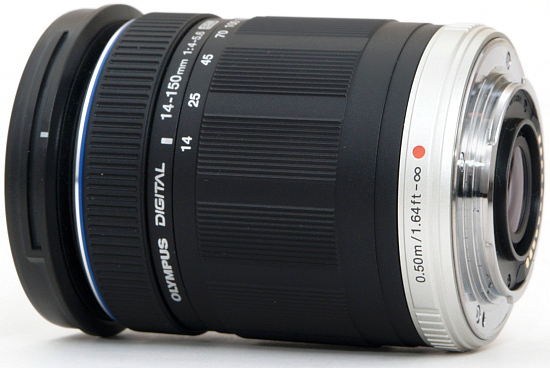 The lens comes without a hood, although the one that ships with the 14-42mm Mark I kit lens (LH-61C) should attach without a problem. It is also sold separately. 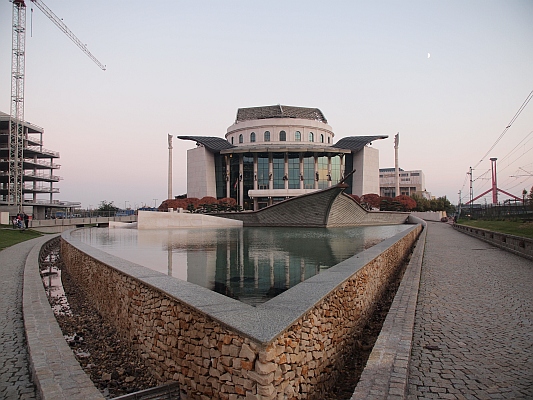 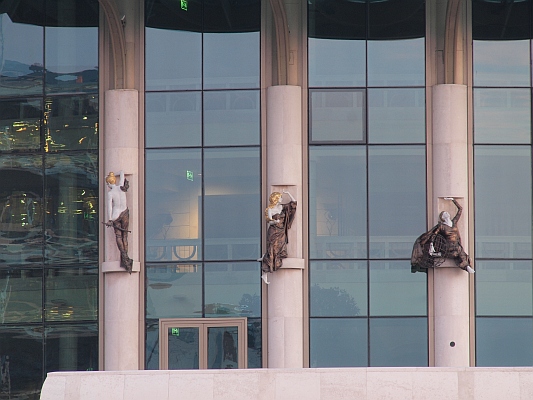 The M.ZUIKO Digital 14-150mm lens offers virtually silent focusing thanks to a solution whereby only two of the fifteen lens elements move. In use, we have also found the system surprisingly quick on the E-P2, certainly faster than the first version of the 14-42mm kit zoom, though still not quite as zippy as the GH2+14-140mm lens combo we tried out at Photokina. With the focus mode on the Olympus E-P2 set to “C-AF+TR” (AF tracking), the lens unfortunately did not track the subjects well, even though they were not moving very fast.

The 58mm filter thread does not rotate on focus, which is good news for users of polarisers and graduated neutral density filters.

Chromatic aberrations, typically seen as purple or blue fringes along contrasty edges, can be a bit of a problem with this lens, particularly when used wide open in the telephoto range. The crops below are from photos taken at the 90mm and 150mm settings. These results are far from disastrous though, and not unexpected on a long zoom like this.

Although Olympus does not call this a macro lens, it actually puts up a pretty good close-up performance at the long end, as demonstrated by the example below. Our test shot, which was taken at f/5.6, shows a bit of softness at close inspection, but stopping down to f/8 cures this problem. 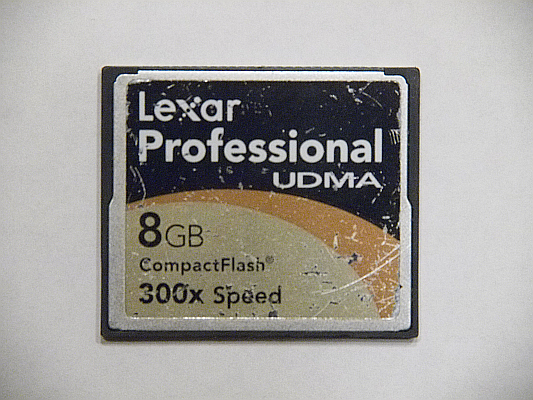 Bokeh is a word used for the out-of-focus areas of a photograph, and is usually described in qualitative terms, such as smooth / creamy / harsh etc. In the M.ZUIKO Digital ED 14-150mm lens, Olympus employed a diaphragm with 7 rounded blades, which has resulted in a pretty nice bokeh for a zoom lens, at least in our opinion. However, recognising that bokeh evaluation is subjective, we have provided a few examples for your perusal.