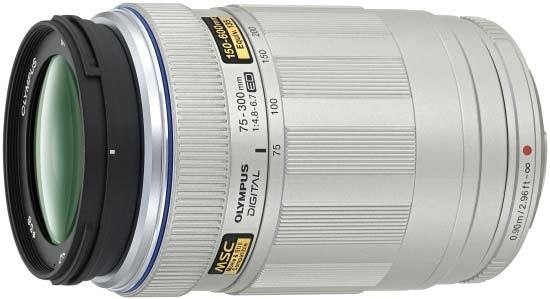 The Olympus M.Zuiko Digital ED 75-300mm f/4.8-6.7 is a serious if overpriced proposition for Micro Four Thirds users looking for a long telephoto lens. At the long end of its focal range, the reach is quite mind-blowing – as evidenced in one of our sample shots, the lens allows you to capture craters on the surface of the moon!

Sharpness is not bad at all for a zoom lens – actually if you disregard the decentering issue we encountered on our review sample, sharpness can be described as very good at most f-stops and focal lengths. At the 75mm setting in particular, the lens rivals the best primes – at least in terms of sharpness, though certainly not in terms of aperture speed.

In fact the slow maximum aperture will be your biggest enemy with this lens – f/4.8 is slow enough for a telephoto lens, while the f/6.7 maximum aperture at the 600mm equivalent setting means that a tripod is pretty much mandatory, except on the brightest of days. It helps somewhat if you have a Micro Four Thirds camera with in-body image stabilisation, but don't expect miracles.

The long focal lengths on offer mean that throwing the background out of focus is quite easy, slow maximum apertures notwithstanding. The bokeh is really nice for a zoom lens, thanks to the rounded diaphragm blades employed. Chromatic aberrations are a non-issue, while the amount of pincushion distortion is acceptable. Focusing speeds are not first-class on the Olympus E-PL2, but neither are they slow. This means there are no frustrating delays when focusing on a motionless or slow-moving subject, but tracking a fast-moving one can be a challenge.

By far the biggest issue with this lens is its price. At £799.99 / $899.95, it seems massively overpriced relative to its competitor the Panasonic Lumix G Vario 100-300mm F4.0-5.6 Mega O.I.S., which is somewhat heavier and bulkier but offers in-lens image stabilisation and excellent focus speeds.

Overall, we enjoyed shooting with the Olympus M.Zuiko Digital ED 75-300mm f/4.8-6.7 a lot and have been pleased with the results. Most of our photos came out sharp, with acceptable levels of distortion and almost no chromatic aberrations. However, a long telezoom like this will always be a speciality lens and with the M.Zuiko costing as much as it does, it seems one needs a very good reason to commit to a purchase.