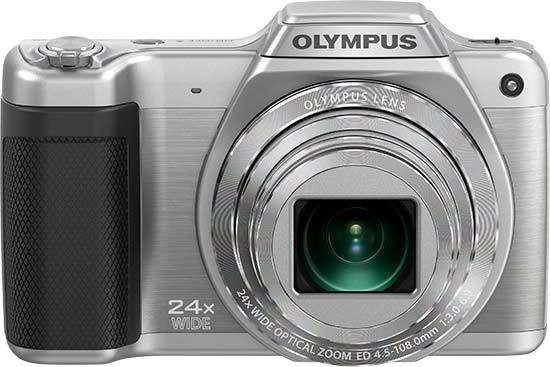 Noise performance on the Olympus Stylus SZ-15 is very good for a camera at this price point. The range is fairly short starting at ISO 100 and climbing to ISO 1600. Low ISO settings show minimal interference from the camera with bright colours, sharp edges and lots of detail. There is a little coloured noise in the darker areas and that's a real shame. It can only be seen in the darker areas, though. It gets slightly worse as the camera climbs through the settings.

Image sharpness keeps its integrity until around ISO 800 where it drops off, but only by a little. Meanwhile at ISO 400, noise is really starting to cause trouble for the processor as it pushes up the noise reduction system to compensate. We were going to comment on how the camera could have maybe been afforded an ISO 3200 setting, given it's performance on the other settings. However, we then clicked on the ISO 1600 picture and it's as though the noise reduction system was turned off. Colour noise is devastating the image while edge sharpness has all but disintegrated. This is obviously the reason that Olympus capped the ISO settings at ISO 1600.

The Olympus Stylus SZ-15 has a 24x optical zoom range which gives a 35mm equivalent range of 24-600mm. The zoom is a fast operator and at wide-angle you will get barrel distortion.

The images from the Olympus Stylus SZ-15 are already sharpened by the processor as part of the recording to memory card process. However, we found that the camera benefits from a small boost in an editing suite such as Adobe Photoshop.

File sizes range from 6.9Mb to 7.9Mb with the average around 7.5Mb, but knock the compression down to Normal in the Main menu and you can get images of around 4Mb. That's not a bad idea if you need more space on the card as long as the images aren't high detail as there's a lot of information missing from the pictures.

We did find instances of chromatic aberrations on the images from the Olympus Stylus SZ-15. It shows as purple lines running the edge of high contrast edges. The intensity and thickness of the lines varied  throughout the test dependant on how bright it was and how dark the contrasting edge was.

The Olympus Stylus SZ-15 has a close focusing capability of 3cm. Interestingly, we didn't get as much barrel distortion as what we thought we'd get, but it was still there. There also seems to be a larger sweet spot than is typically seen on a digital compact camera.

Wide-angle shots show vignetting regardless of whether the flash is turned on or off. This is an indication of a smart flash system that works with the other systems on the camera to get a balanced exposure. It compliments the available light instead of over powering it. Unfortunately, no-one has worked out how to get it to over power vignettes without bleaching the main subject. Vignetting does disappear by the time you get to full zoom.

Should you get red-eye on your portraits, the flash has a red-eye reduction option on the flash menu which only activates once the flash has been popped up. If you require something a little stronger, once you've taken the picture, go to the Playback menu and select Edit. From there, you can choose a red-eye removal. We didn't suffer from red-eye on our test images, though.

In the event that you're shooting at night, the Olympus Stylus SZ-15 does have a Night scene mode. We tested it against the standard Program mode and discovered that because we don't get to control the ISO in Night scene, the camera chose a higher setting. Given the good noise performance that we've already seen, we're not overly concerned by this. The Night mode does benefit longer shutter speeds that aren't available in Program and so gave a more balanced exposure.