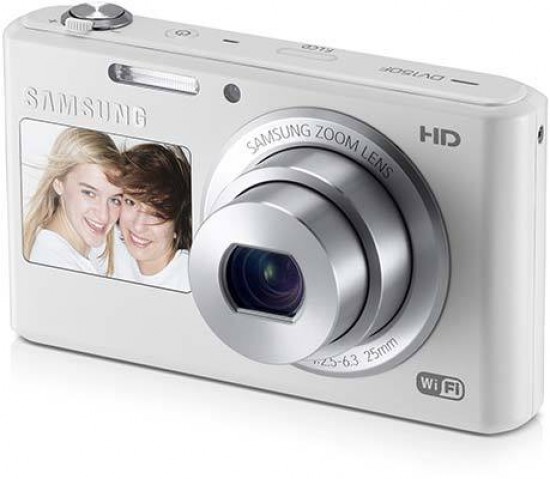 Though the Samsung DV150F is packed with a myriad options via which to tweak your photographs, it would be fair to say that the results in terms of image quality are pretty much what one would expect to see from a budget pocket snapshot camera. By which we mean that there is a loss of highlight detail under strong sunshine - the bright f/2.5 maximum aperture perhaps being partly to blame - along with softened edges to the frame at maximum 25mm equivalent wideangle and inevitably a degree of purple pixel fringing in shots as well. When metering focuses on a subject in the foreground, the background sky detail gets bleached out too.

That said, even if shots could do with a little more contrast at times, colours are well saturated and overall the DV150F gives a respectable performance for its 99 quid asking price - and for that its target market should have few grumbles.

With an ISO range stretching from ISO80 to ISO3200, plus the brighter f/2.5 maximum lens aperture at extreme wide-angle setting, as with its sibling in the ST150F, the twin-screened Samsung DV150F might suggest itself as a jack-of-all trades for basic lower light photography even if you weren't to use the flash. As one might expect however, detail is noticeably softer when making the jump from ISO800 to ISO1600, whilst at ISO3200 there's a distinctly fuzzy, watercolour-like appearance. In other words, a snapshot camera behaving exactly like we'd expect a snapshot camera to behave!

There are 7 ISO settings available on the Samsung DV150F. Here are some 100% crops which show the noise levels for each ISO setting:

The Samsung DV150F's 5x zoom lens provides a focal length of 25-125mm in 35mm terms, as demonstrated below.

The Samsung DV150F handled chromatic aberrations well during the review, with limited purple fringing mainly present around the edges of objects in high-contrast situations, as shown in the examples below.

The Samsung DV150F offers a Macro setting that allows you to focus on a subject that is 5cms away from the camera when the lens is set to wide-angle. The first image shows how close you can get to the subject (in this case a compact flash card). The second image is a 100% crop.

The Samsung DV150F's maximum shutter speed is 16 seconds in the Night Scene mode, which is good news if you're seriously interested in night photography. The shot below was taken using a shutter speed of 1 second at ISO 400.