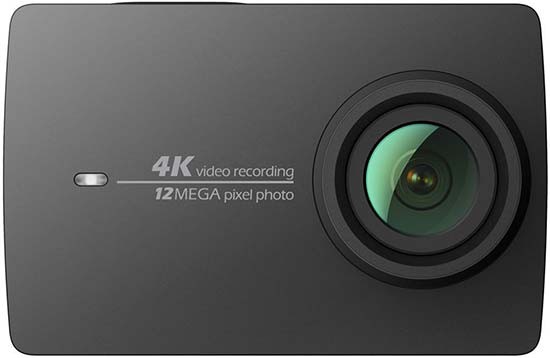 Reviews of the YI 4K Action Camera from around the web.

When it comes to action cameras, GoPro undeniably leads the pack. The company’s cameras are so well known that "GoPro" potentially risks becoming a generic term. However, there are plenty of alternatives out there that give GoPro’s Hero cameras a serious run for their money. One such model is the Yi 4K Action Camera. On paper it goes toe-to-toe with GoPro’s Hero4 Black, and in some area even manages to best it. Of course, the playing field has now changed somewhat with the launch of the GoPro Hero5 Black.
Read the full review »

FOR NEARLY TWO years GoPro’s Hero4 Black has been the standard-bearer for action cameras. It can shoot 4K at 30 frames per second, 1080p at a blistering 120fps, and the footage from both looks fantastic. Two years is a long time to be sitting on a throne, though, and it gives potential usurpers ample time to learn your secrets. That’s just what’s happened with the Yi 4K Action Camera.
Read the full review »

Can YI Technology's latest challenge GoPro? This well constructed POV cam shoots the same 4K 30fps video and 12MP stills as a GoPro Hero5, yet has a bigger touchscreen and a lower price. There's no voice control, but aside from that the YI 4K is a polished performer, and terrific value.
Read the full review »