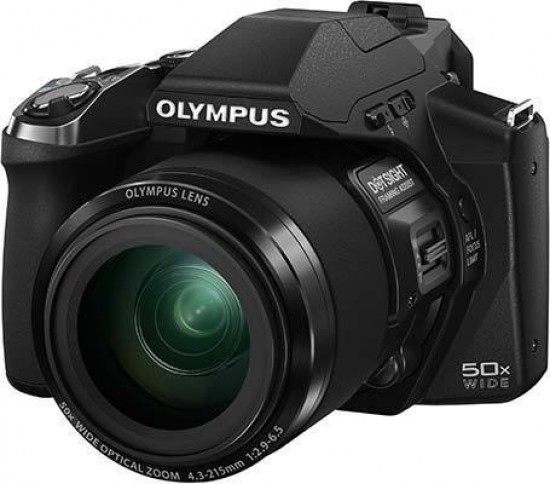 A camera with a tiny, pixel-packed sensor and a huge zoom ratio will always be a set of compromises and the Olympus SP-100EE is no exception. Viewed at 1:1 magnification, the images look a little over-processed with smeared details – a tell-tale sign of over-zealous noise reduction. That being said, the SP-100EE turns out more natural-looking photos than some other Olympus compacts (such as the Olympus SH-1). As far as the other aspects of image quality are concerned, the colours are vibrant without being garish, the dynamic range is pretty decent for a 1/2.3” sensor (and there's an HDR mode to fall back on when shooting in really contrasty light), chromatic aberrations seldom raise their ugly head, red-eye issues are essentially non-existent, and the camera is capable of producing some truly impressive close-up shots. Video quality is remarkably high when shooting in 1080/60p mode, and the various high-speed options add a good deal of versatility to the Olympus SP-100EE as a movie making tool.

The Olympus SP-100EE has 7 sensitivity settings ranging from ISO 125/22° to ISO 6400/39°. Noise reduction is quite aggressive even at base ISO, and gets stronger as you move up the sensitivity ladder, which takes its toll on fine detail. Having said that, ISO 1600 is still good enough for on-screen viewing and small prints.

The Olympus SP-100EE's 50x zoom lens has an extremely versatile focal range, as demonstrated by the examples below.

To counteract the effects of over-aggressive noise reduction, the Olympus SP-100EE applies a pretty high dose of sharpening to its images. That being said, applying some extra sharpening in post does seem to bring out a little more detail, as you can see in these 100% crops.

The Olympus SP-100EE does not shoot raw. The available JPEG settings are Fine and Normal.

For an ultra-zoom camera, the Olympus SP-100EE produces remarkably little purple fringing – but you can spot some chromatic aberrations in certain extreme situations, as shown in the crops below.

The Olympus SP-100EE has a Super Macro mode, which enables it to focus as close as 1cm. The example below shows how close you can get to the subject; in this case, a Secure Digital memory card.

The Olympus SP-100EE has no hot-shoe but there is a pop-up flash that can be raised with the help of a dedicated switch on the side of the viewfinder housing. The available settings are auto, fill in, redeye-reduction and off. These shots of a white ceiling were taken at a subject distance of 1.5m.

And here are some flash portraits. As you can see the flash did not produce a noticeable red-eye effect.

The Olympus SP-100EE has a minimum shutter speed of 30 seconds in Manual exposure mode, which is fairly good news for those seriously interested in night photography. The photo below was taken at a shutter speed of 4 second, aperture of f/3.8 at ISO 125. We've included a 100% crop to show you what the quality is like.

The Olympus SP-100EE has an image stabilisation system, which enables hand-held shooting at shutter speeds that would otherwise be too slow for the focal length used. These 100% crops are from two photos taken at a 35mm equivalent focal length of 169mm, shutter speed of 1/13s, with and without IS.

The Olympus SP-100EE has an HDR exposure blending mode, which takes advantage of its fast sequential shooting capability to capture two exposures in rapid succession. These are then blended into a single image with improved highlight and shadow detail. Although Olympus calls it a 'Backlight HDR' mode, it can be applied to shooting any high-contrast scene, as the examples below demonstrate.

The sensor of the Olympus SP-100EE has a native aspect ratio of 4:3 but you can also record images in 16:9, 3:2 and square formats. These are all cropped from the full recording area.