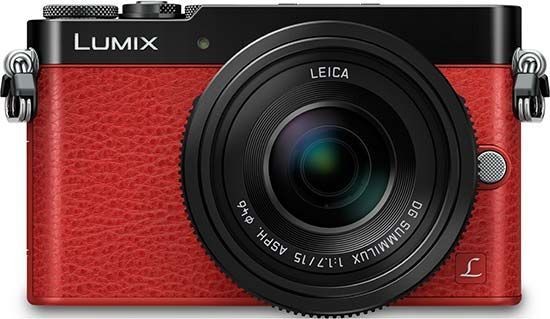 Buy any camera from the likes of Panasonic or Sony and we know pretty much what we are going to get as a default: bright, colour-rich images with plenty of saturation straight out of the camera, with the result that standard JPEGs require very little if anything in the way of post processing straight out of the camera. We can literally point and shoot and get perfectly acceptable images – no messing about. Perhaps what the Panasonic offers more than anything is the choice of how we shoot – eye up to the viewfinder or holding the Panasonic Lumix DMC-GM5 at arm’s length to take a shot, with differing results, though the limited zoom lens reach (if we’re talking the bundled 12-32mm at least) means that we have to get in fairly close and personal whatever we’re shooting in order to fill the frame.

Whatever the setting exposures are even with the Panasonic Lumix DMC-GM5 left to its own defaults, and though there may be the spectre of purple pixel fringing rearing its head between areas of contrast in an image on occasion, this is only on really close inspection, when you’re actively seeking fault. There is a little distortion and a touch of the fish-eye type effect at maximum wideangle setting on the 24mm equivalent lens, but again this is only really noticeable when deliberately seeking it out.

In terms of low light shooting, yes we are getting image noise the higher we creep up the scale but even at top whack ISO25600 equivalent we’re not getting totally unusable results. And this despite the smaller Four Thirds sensor at the heart of this model when compared to the typical APS-C chip in competing electronics brands including Sony and Samsung.

There are 8 ISO settings available on the Panasonic Lumix DMC-GM5. Here are some 100% crops which show the noise levels for each ISO setting, with JPEG on the left and RAW on the right:

Here are two 100% crops which have been Saved as Web - Quality 50 in Photoshop. The right-hand image has had some sharpening applied in Photoshop. The out-of-the camera images are a little soft at the default sharpening setting, and benefit from further sharpening in a program like Adobe Photoshop. You can also change the in-camera sharpening level by tweaking the Photo Styles, with five different settings available.

The Panasonic Lumix DMC-GM5's maximum shutter speed is 60 seconds and there's also a Bulb option for exposures up to 4 minutes long, which is excellent news if you're seriously interested in night photography. The shot below was taken using a shutter speed of 1/15th seconds at ISO 6400. The camera takes the same amount of time again to apply noise reduction, so for example at the 15 second setting the actual exposure takes 30 seconds.