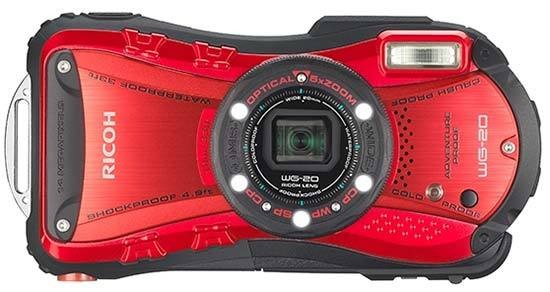 When producing a camera at this price level, the manufacturer has a tough decision to make. You see, the camera has to be able to perform in low light or it's no good as an extreme camera. So they add on the high ISO settings. But the noise is so bad from the small sensor with all those pixels crowded in together, that they have no choice but to lower the resolution so that the pixels in use are spaced further apart. This in turn reduces a certain type of noise that is created by heat from neighbouring pixels being so close together. But what of the other types of noise that are still present and causing a nuisance. The manufacturer could introduce a better noise reduction system but that would invariably raise the price. So they do what they can and for all intents and purposes, the WG-20 doesn't give a bad result.

We really need to look at the bare facts. It's a budget tough camera that will allow you to take pictures of fish and your snow boarding chums without breaking the bank. The trade off is that you get noise if you don't – or can't – use the flash. Most people don't bother with noise these days, or mobile phones wouldn't be half as successful as they are at replacing cameras. So we think it's a fair trade.

For a fully waterproof camera that can be dropped and generally abused, the WG-20 offers good value for money. It doesn't proclaim to be the best in tough cameras and it's a good job because there are other cameras out there that can go deeper and be dropped by taller people. The real drawback is the separate battery charger that could put off people looking for a camera to travel with because of the extra space.

However, if you're looking for a budget tough camera that produces decent enough pictures at mid to high ISO, then take a look at the Ricoh WG-20.