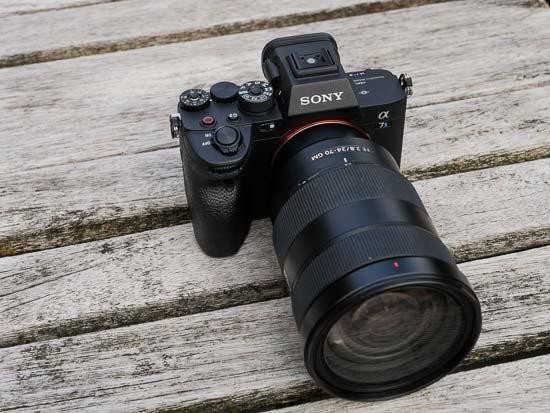 The cinema industry is changing as it moves from Super35mm to full-frame.

Sony's one-mount strategy is focusd on E-mount, with 57 lenses in total, 37 of which are full-frame.

It's been 5 years since the launch of the A7S II, with lots of requests during the last 2 years for its successor.

Now Sony have launched the A7S III mirrorless camera, which they claim delivers “The best 4K Sony ever made”.

The whole concept of the product has changed to achieve this. With freelancers now working on their own more, the Sony A7S III is aimed at this new workflow for hybrid shooters.

It has a 2x faster readout speed than a conventional sensor.

Sony believe that 12 megapixels is perfectly optimized for 4K video.

The new Bionz XR processor is 8x faster than the Bionz X model used in other recent Alpha cameras.

The A7S III achieves 15+ stops dynamic range when recording in-camera video in S-Log3 profile, which is the same as high-end camcorders.

The A7S III has 3x improved rolling shutter compared to the A7S II, making it much better for panning.

In fact, Sonly claim that there’s almost no rolling shutter at all, which if true is pretty amazing for a full-frame sensor.

The A7S III offers up to 4K 120p recording using full pixel readout without binning in all recording modes and 10-bit 4:2:2 internal in all formats.

It supports 4K 60p 16-bit RAW output via HDMI to an Atomos Ninja V external recorder and up to 4K 60p HDR via HDMI 2.1 (the specification of which imposes the 4K 60p limit).

New codecs include XAVC S-I (All-I) at up to 500Mbps/sec (the most technically demanding) and XAVC HS (Long Gop), whilst XAVC-HC can reduce the data amount up to 200Mbps/sec by H.265 compression.

It uses a brand new CFexpress Type A card, although you can still use SDVX V60 cards for virtually all the video formats.

Sony are touting the A7S III as the “Ultimate run and gun camera”.

Auto-focus works exactly the same in all the video modes.

Eye AF is 30% better at recognition and tracking than previous Alpha cameras, and it now offers human and animal AF too.

The A7S III has 759 phase detection AF points that offer 92% frame coverage, along with 425 CDAF points.

Touch tracking is available, along with an expanded range of AF sensitivity settings.

Sony quote a CIPA rated 5.5 stops of IBIS, which is on par with other Alpha cameras.

It also has the same active digital stablisation mode as ZV-1 compact, which introduces a slight crop but gets closer to gimbal performance.

The A7S III has a heat dissipating structure that allows the camera to achieve 4K 60p recording for up to 1 hour, with 4K 120p having a 30 minute recording limit.

No data is currently available for how long the camera needs to cool down for after reaching these time limits.

The A7S III has been tested in 25 degree temp, with the “High” temperature control set on the camera.

The new model has 60% better battery life than A7S II, as it now uses the most recent Z battery.

This equates to 600 stills and 95mins of video recording (370/60 on A7S II), according to the stringent CIPA rating, with even better real-world performance.

The A7S III employs the same Digital Audio Interface as the A7R IV, with 4 channel 24bit recording with the XLR-K3M.

The A7S III uses the 10-bit HLG profile, improved from 8-bit on other Alpha models.

10bit S-Log 2/3 support means that the A7S III can match professional camcorders like the FX9.

This can be extended down to 160 with a loss of dynamic range, which is useful for avoiding having to use ND filters.

A red record square can be turned on during video recording to helpas a visualaid.

There are dedicated Main and Function menus for stills and video. They can both be fully customised, and the camera remembers both.

The A7S III has a magnesium alloy body.

It's also heavier too, weighing in at 699g including the battery, versus 627g for the A7S II.

There are no plans to migrate this to previous Alpha cameras via a firmware update, impossible because it’s linked to the electronics inside the camera.

The A7S III has dual card slots, both of which are compatible with SD UHS-II and the brand new Cfexpress Type A format.

Cfexpress Type A is currently only supported by Sony, no third-party cards are available yet.

It offers 700Mbps write, 800Mbps read speeds, slightly slower than Type B, which Sony considers to be overkill for video.

Crucially it is smaller in size than Type B, and can be used in card slots for either Cfexpress or SD cards.

The A7S III has improved dust and moisture resistance, with better protection for the various ports and compartments.

The A7S III has a bigger hand-grip, bigger buttons, and a new REC button on top. This replaces the C1 button, which has now moved to the rear.

Not Forgetting the Photographer

There’s also lots of improvements on the stills side of things, as well as video.

This is up from 3 controls on the A7S II, allowing you lots more control over tweaking creative profiles for both JPEGs and video.

The A7S III can shoot a 10fps burst – same as the A7 III – but can do for over 1000 uncompressed RAW shooting if you’re using a Cfexpress card! The buffer clearance is also a lot faster.

As well as JPEG, there’s support for the 10-bit HEIF file format for smoother gradations and more colour information than JPEG can offer.

“The Alpha 7S III is the ultimate representation of Sony’s passion to solve our customers pain points,”, said Yann Salmon-Legagneur, Director of Product Marketing, Digital Imaging, Sony Europe. “We are always listening to our customers’ feedback, pushing hard to deliver innovation that goes far beyond their expectations. There is no better example than this new camera. Combining classic S series sensitivity with a feature set, performance level and user experience that is simply unmatched in the market today — at any price level — the Alpha 7S III opens up a new world of possibilities for today’s creators.”

The new CMOS image sensor and BIONZ XR™ image processing engine in the Alpha 7S III delivers legendary S-series sensitivity with significantly enhanced colour reproduction and texture renderings for improved overall image quality. The base ISO has been lowered to 80, resulting in a normal range of 80-102,400 (expandable to 80-409,600 for video and 40-409,600 for stills) to provide more flexible ISO plus wide dynamic range with low noise at all settings. It offers improved image quality by approximately 1 stop of noise reductioniv in the middle and high sensitivity ranges.

The colours and textures of foliage, human skin, and more are ideally and consistently reproduced without dependence on light sources. Gradation rendering has also been refined for better looking skin tones and highlight roll-off in portraits. It also improves AWB (Auto White Balance) performance with a new “Visible light + IR Sensor” that helps to achieve more precise white balance under artificial lighting, including fluorescent and LED lights.

Advanced Autofocus Performance for Hybrid use

For the first time in an Alpha 7S series camera, the Alpha 7S III offers Fast Hybrid AF by combining phase-detection and contrast-detection AF, giving it the ability to track subjects over a wide area with outstanding speed, precision and smoothness, even when using a narrow depth of field. Fine focus expression is possible with Sony’s E-mount lenses.

Based on customer feedback, the camera includes several AF features for professional users including AF Transition Speed in seven settings, to easily create rack-focus transitions, and five AF Subject Shift Sensitivity settings, which allows the user to customise how easily AF will switch or stay with the locked-on subject. Touch Tracking allows user to not only initiate Real-time Tracking, but also compose and shoot while using a gimbal or while shooting solo. It’s now possible to Touch Focus during manual focus mode on the LCD screen or remotely from the Imaging Edge Mobile application[xv].

In addition, the Alpha 7S III provides a selection of new Creative Look with 10 presets that can be used for both photo and video shoots, making it easy to create interesting moods right in the camera to be used as is or customised by the user.

Additional movie assist functions include a redesigned monitor display with a bold, clearly visible red frame that makes it clear when recording is in progress even when mounted on a rig or gimbal, custom zoom settings, adjustable white balance while recording, display rotation, interval recording, still extraction from movies and more.

The Alpha 7S III includes a fast Hybrid AF system with 759 phase-detection AF points covering 92% of the image sensor. The camera can also achieve high AF precision to accurately and reliably focus in light down to EV-6[xvii] where subjects are difficult to see clearly even with the naked eye. Users can continuously shoot more than 1,000 uncompressed RAWxiiimages at up to 10fps, or up to 8fps in live view mode, with either the mechanical or electronic shutter.

Versatile Design Made for the Pros

In Another world firstx, the Alpha 7S III features two CFexpress Type A compatible media slots, which also support UHS-I and UHS-II SDXC/SDHC cards, enabling high write-and-read speeds while keeping the camera body compact in size. CFexpress Type A cards are ideally suited to high-speed continuous RAW still image shooting as well as 4K 120pi movie recording at high bit rates[xx], providing next-generation write speeds that can quickly clear the buffers of cameras that generate high volumes of still image and movie data. High-speed data transfer to a PC is possible at about 1.7 times faster[xxi] than that of SD cards. The dual slots can be set to relay mode for extended continuous recording of even the highest bit rate data as well as simultaneous recording and sort by format type recording.

The Alpha 7S III also features a revised menu structure for easier navigation and touch-responsive menu operation for faster, more intuitive control. For creators who shoot both stills and movies, separate settings can now be stored for stills and movie shooting for quick transition between the two.

Professional users need more than just refined features and performance. They also need the reliability and durability demanded of any professional tool. The Alpha 7S III features a redesigned grip for greater comfort and a secure hold, an improved dust removal feature, plus dust and moisture resistance that maximises reliability in challenging environments. It includes a durable, reliable HDMI Type-A connector, and is the first Alpha series camera to support USB PD (Power Delivery), allowing higher power to be supplied from an external source so that users can continue to record for extended periods with minimal internal battery usage.

The new Alpha 7S III Full-frame Interchangeable Lens Camera will be available in Europe in September 2020 priced at approximately €4200.

A variety of exclusive stories, videos and exciting new content shot with the newest cameras and other Sony products can be found at https://www.sony.co.uk/alphauniverse. Sony’s European photography hub is available in 22 languages and details product news, competitions and an up-to-date list of Sony events in each country.

[v] This function does not track animal eyes

[vii] In active mode, the shooting angle of view is slightly narrowed. If the focal length is 200 mm or more, it is recommended to set to standard

[viii] As of July 2020, Sony survey. Among full-frame mirrorless cameras

[xvi]Not guaranteed to be 100% dust and moisture proof

[xxiv] Does not guarantee connection with all smartphone. FTP file transfer by USB tethering that utilises 4G network is also possible 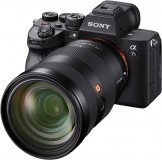 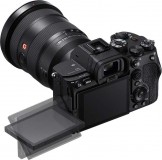 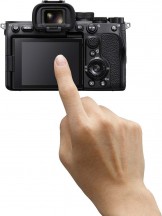 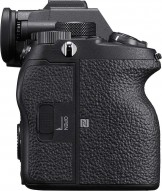 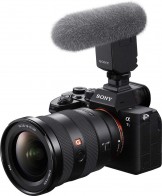 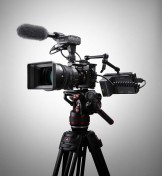 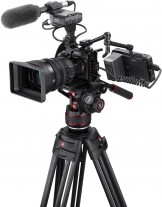