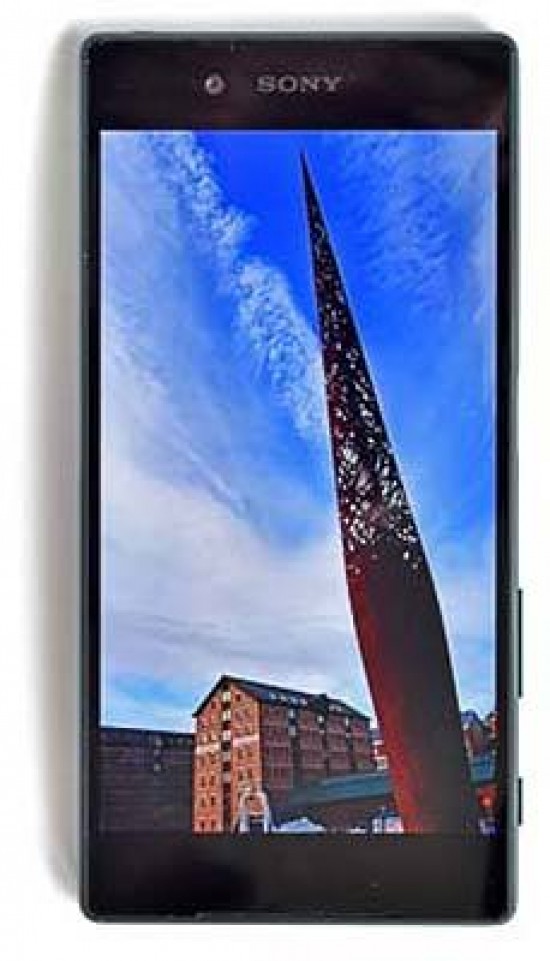 The Sony Xperia Z5 was announced in September 2015 and replaces the Xperia Z3+ as the company's flagship smartphone. The new model shares the same 5.2-inch, 1080 x 1920 screen as its predecessor, but the camera module is new. Out goes the 20MP sensor and 25mm-equivalent lens from the Z3+, replaced in the Z5 by a 23MP chip paired with a 24mm-equivalent f/2.0 lens. Autofocussing speed has also been improved with the addition of a new Hybrid AF system featuring phase detection AF for focussing speeds as fast as 0.03 seconds.

You also get 3GB RAM and 32GB of on-board storage, whilst Micro SD expandability enables you to add up to 200GB of extra storage capacity. Finally, there's a new fingerprint sensor, and the Z5 retains the same IP68 water and dust resistance rating of the Z3+.

The Sony Xperia Z5 is outwardly similar to the Z3+, sharing the same length and width, but the new phone is 0.4mm thicker at 7.3mm. It's also slightly heavier at 154g, although you'll struggle to notice the extra weight compared to the marginally lighter Samsung Galaxy S6 or iPhone 6s. A painted metal bezel surrounds the phone, and with its slim thickness and satin finish, it doesn't make the Z5 feel particularly secure in the hand. That said, all the Z5's direct rivals prioritise style over ergonomics and feel very similar. Where the Z5 falls slightly short is the quality of the plasticky rear panel, which doesn't quite match the quality of an iPhone 6s, Galaxy S6 or HTC One A9.

The LG G4 shares a similar issue, however that phone compensates by having a removable back panel to access its battery, where the Sony Xperia Z5's case is sealed. Inside is a 2900mAh Li-ion battery, which is 30mAh down on the cell in the Z3+, but is still larger and capable of more talk time and music playback than the Galaxy S6 and iPhone 6S. Also, unlike these phones, there's expandable storage by way of a MicroSD tray, accessed via a flap on the upper left edge of the phone. This can provide an impressive 200GB of additional data capacity.

On the right edge you'll find what looks like a conventional power button, and it does function like one, but it also incorporates a fingerprint sensor. You'll need to spend 30 seconds or so to register your thumb print (other people's prints can also be scanned, if you want) but once set up, the scanner performs flawlessly and instantly unlocks the phone. Beneath this is the volume rocker button, which in the camera app controls zooming by default. Annoyingly when holding the phone in landscape orientation, the zoom rocker functions in the reverse of what you'd expect, with the left direction zooming in and the right side retracting to wide angle.

The zoom functionality itself is also worth mentioning, as although this is still digital zoom (the Z5's lens has a fixed 24mm-equivalent focal length), Sony is claiming up to 5x magnification with minimal quality reduction. This does however rely on you shooting at 8MP, thereby enabling the camera to enlarge a portion of the 23MP sensor without upsampling. It's a trick we've seen before with phones like the 41MP Nokia Lumia 1020 and it has the potential to work well, but check out the image quality section to see the real world performance.

The third and final button on the Sony Xperia Z5 is the camera shutter release, located alongside the volume/zoom rocker. It's great to see a phone with a dedicated shutter release button, as most top-end smartphones don't feature one. What's more, the Z5's implementation is a two-stage design that lets you half-press to focus. The button itself is still tiny with very little travel, but it's nonetheless a welcome inclusion if you want a shooting experience more akin to a conventional camera.

Power up the Sony Xperia Z5 and you're greeted by a 5.2” IPS LCD screen that boasts superb viewing angles, brightness and contrast. With a Full HD 1080 x 1920 resolution equating to 428 pixels per inch, it's not top dog in the detail department, with the Galaxy S6 and LG G4 both offering 1440 x 2560 displays with a higher pixel density. However, in the real world you'll be very hard pressed to see any difference in pixel density. The slightly mundane Full HD resolution can also have a positive impact when it comes to battery life, as fewer pixels means a lower power draw.

Accessing the camera app is as simple as pressing the camera icon on the home screen, or holding the physical shutter release button down for around one second. The app loads almost instantly and you're ready to start shooting. Basic controls are nice and obvious, with a large shutter release button flanked by a video record icon. Next to this is the mode selection button that reveals no fewer than fourteen separate shooting modes.

The default mode is Superior Auto, which can also be found on many of Sony's standalone cameras. This unleashes the full force of Sony's scene detection and image enhancement processing with the aim of capturing bright, sharp and vibrant images, even in tricky conditions like low light or when shooting backlit scenes.

Alternatively, if you'd rather get creative and take more control over your shots, then there's Manual mode. Although many smartphones do include a certain level of manual controls, the Z5 – like the Z3+ - offers an impressively comprehensive amount of control. Once in Manual mode, pressing the settings icon (symbolised by three dots, in the upper left corner of the screen when shooting portrait orientation) reveals the extra parameters available for manual tweaking. These include focus modes (chose between single and multi-point, face detection, touch focussing and object tracking), metering options (Face, Multi, Centre and Spot), plus the ability to disable image stabilisation.

If you're thinking that means the Sony Xperia Z5 packs true optical image stabilisation, that's not quite the case. Instead there's Sony's SteadyShot digital stabilisation system, though Sony's press demonstrations have gone to great lengths to show its effectiveness at combating camera shake in both stills and video. Finally there's an ISO option in the Manual mode settings menu with settings from ISO 50 to 3200. There is a catch though, and it's that you can only manually select ISO sensitivities when the image resolution is set at 8MP or less. Other options are available in manual mode but they're accessed via the sliders icon at the top of the camera app screen. These include exposure compensation (+/-2EV) and five white balance settings (cloudy, sunny, fluorescent, incandescent, and auto). Don't expect to find control over shutter speed or aperture in Manual mode, but that's no real surprise, given these are features usually only found on enthusiast compact cameras and above.

In addition to the Superior Auto and Manual modes, the Sony Xperia Z5 also includes two augmented reality modes. AR Effect lets you insert virtual scenes or characters such as fish or dinosaur illustrations into your photographs as you compose a shot, while AR Mask overlays your face with a virtual lion, gorilla, or a face of your choice. Both augmented reality modes are very easy to use and fairly accurately target appropriate image areas, but once the initial novelty wears off, it's unlikely these modes will have much long-term appeal. The same also goes for the Style Portrait mode, which works in a similar way, live-targeting your face with ‘enhancements' like bright red lips, suntan, or even bubbles.

The remaining shooting modes include a dedicated 4K video record setting, Sony's Sweep Panorama mode, Creative Effect (19 effects filters, all previewed live. See the Image Quality section of this review for samples), Sticker Creator mode that lets you do exactly that – turn images into sticker designs ready for printing, and there's Timeshift Video mode where you can record a video clip and select a portion to be played back in slow motion. Face in Picture mode utilises both the front and rear-facing cameras, allowing you to snap a selfie and instantly drag it into a scene to be captured by the rear camera. Multi Camera mode enables you to record the same scene from different viewpoints by pairing the Z5 to another Wi-Fi/NFC-enabled camera. Sound Photo mode accompanies a photo with background sounds, and finally there's Vine mode for creating six-second video loops for sharing to the Vine network.

Thankfully the camera isn't just crammed with toys, it also nails the basics. Sony's made a big deal of the new hybrid focusing system offering phase detection AF similar to what you'd find in a DSLR. Whether you'll achieve the fastest 0.03-second lock-on speed depends a lot on lighting and your subject type, but in general use the Sony Xperia Z5 is certainly no slouch to focus, and crucially it maintains this nippy when the going gets dim.