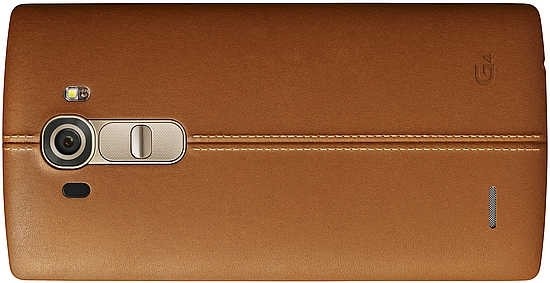 The LG G4 is a new smartphone from the company, which promises some very interesting specifications for its inbuilt camera. It has a 16 million pixel sensor, which is joined by an f/1.8 fixed length lens. A “colour spectrum sensor” has been included for analysing the available light in a scene - LG says that this means the G4 is capable of reproducing very accurate colours. From a photography standpoint, the fact that the camera can shoot in raw format and offers manual control, is of course very appealing. Other photographic specific functionality includes super quick autofocus speeds and optical image stabilisation. You can insert a Micro SD card in the back of the phone, particularly useful if you plan on shooting in the more space intensive raw format.

The LG G4 features a large, flat, design, and as such it can be a little awkward to use in certain scenarios. It’s difficult, for instance, for your thumb to reach the top corner of the screen when holding it one handed. The fact that LG has included optical image stabilisation is useful for a phone like this as it’s difficult to hold it perfectly steady.

Despite the lens being positioned in the middle of the back of the phone, it’s still possible to obscure it with your finger when holding it in landscape position. It’s something you get used to after a while, learning where to naturally position your hand for best effect.

If you’re using the LG G4 in portrait position, you can use one of the buttons of the back of the camera to take your shot. This is the volume down button, but unfortunately, it’s a little too close to the screen on/off button, so it can be very easy to accidentally switch the camera off when you don’t want to. Again, you do get used to this over time, but it seems like a little bit of a strange design decision none-the-less. It’s pretty much impossible to use this button when holding the camera in landscape position, too.

As this is a mobile phone, there are hundreds of photography apps which you can download from the Google Play store. However, as you might expect, there is a native camera app built into the LG G4 which you’ll probably find yourself using most often.

You can access the app from the lock screen by dragging the camera icon across the screen, this saves you having to unlock the camera for quick shots. Otherwise, there’s an icon on the home screen of the phone which you can tap to launch the app.

Depending on whether you’re looking at the app (or holding the phone) in landscape or portrait format, the icons which allow you to change settings are either along the left hand side, or the top of the screen.

The first icon, a cog icon, allows you to change a few key settings, including displaying a grid on screen, switching on the timer, allowing voice commands (such as taking a shot when the camera hears the word cheese), HDR shooting on / off, as well as, an important setting, the image ratio. You can choose between 16:9, 4:3 and 1:1. As standard, the camera shoots in 16:9, but you may prefer the more traditional 4:3 for most shots, or 1:1 if you’re shooting with Instagram in mind.

Next up, is a mode icon, which allows you to choose between standard shooting, panoramic, and “dual” mode. The latter allows you to shoot an image with the back camera and the front camera at the same time, which means you can capture your reaction to whatever is happening in front of you at the time.

The third icon simply allows you to switch between the front and the back camera, while the fourth icon switches the flash on or off. The final icon, which comprises of three dots is one of the most important as it’s here when you can switch to manual shooting. Tap the three dots and you can choose between “Simple”, “Auto” and “Manual”. By tapping the Manual option, you’ll see a whole bunch of different options appear on the screen.

One of the key selling points of the LG G4 is the ability to shoot in manual mode, and as such you’ll find there’s quite a lot you can control from the app itself.

Along the bottom of the screen (if you’re looking at it in landscape format), you’ll see options for changing white balance, manual focus, exposure compensation, ISO (sensitivity) and shutter speed. The final icon along the bottom allows you to reset options to the automatic ones quickly, which is useful.

To make a change, tap the parameter you want to change, let’s say white balance, and then move the slider which appears. For white balance you can choose from a variety of K values, with markings for traditional settings, such as daylight and fluorescent.

If you select MF, you can again use a sliding scale to alter the focus from close-up to further away. This is particularly useful for shooting close-up if autofocus is struggling a little.

When you alter shutter speed or ISO sensitivity, you’ll see an exposure compensation display at the top of the screen alters to give you an idea of how well your exposure will turn out - the live view also changes to show you the effect of changing these settings has. The biggest criticism here is that you can’t change the aperture, which if you’re shooting something fairly close-up means you’ll be left with a shallow depth of field effect (as the lens is f/1.8). This may be fine if this is the effect you’re going for, but it would be nice to have the choice to change it if you’d prefer.

In order to use long exposures, you’ll need to rest the phone against something to keep it still to avoid blur. Unlike a normal compact camera, there’s no tripod thread, and since the edges are quite thin, the phone can’t stand up by itself, therefore it’s recommended that you purchase a specialist phone stand if you plan on doing lots of long exposure shots.

Happily, autofocusing speeds are very good. When the light is bright, the LG G4 will lock onto the subject almost instantly, but even in lower light they’re pretty quick too, and it’s fairly rare for a false positive to be introduced.

At the bottom of the screen, or on the right hand side if you’re looking at it, there are icons for taking a picture (if you’re not using the button on the back of the camera), or for taking a video. You simply press the latter button and video will start recording. You can change the type of video quality from HD (720p), full HD (1080p) to UHD (4K) in the settings menu (the cog icon). You can also record slow-mo video, too.