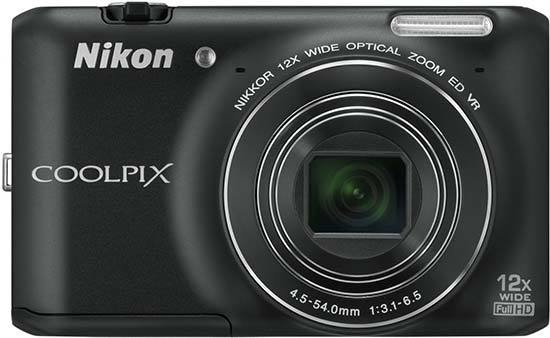 All images were taken at full resolution unless otherwise stated for the resolution test. At full resolution with fine compression, pictures are around 7 – 7.5Mb in size. Knock it down to 16 megapixel without the star setting and you get file sizes of around 3Mb.

Low ISO noise performance on the S6400 is a mixed bag. Mid-tones show a great performance with sharp edges and clean colours. Go to dark areas, such as shadows and the colours become smoothed out as though noise reduction software is at work. If it is having to work at this stage, that's not good news for the later settings. The results stay pretty much the same until ISO 400 when there's a dollop of sharpening added to the mixture. Salt & pepper noise becomes more visible due to this. But again it only really affects the darker areas.

Going to ISO 800 is like using a different camera. It's as though noise reduction has simply packed up and gone home. Green blotches smother the darker areas, and are starting to bleed into the mid-tones too. Edges are starting to buckle under the amount of noise. Strangely at ISO 1600, the noise problem hasn't escalated anywhere near as much as what we thought it would but ISO 3200 has a terrible cast to it from noise all over the image.

There are 6 ISO settings available on the Nikon Coolpix S6400. Here are some 100% crops which show the noise levels for each ISO setting.

The Nikon Coolpix S6400 has a 12x optical zoom lens which equates to 25-300mm in 35mm terms.  The lens doesn't appear to suffer from any barrel distortions at either end of the zoom range. The zoom action is pretty fast although if it's working another action and you try and zoom, it won't register and you have to let go and start again.

The Nikon Coolpix S6400 has 2 different image quality settings available, with High being the highest quality option. Here are some 100% crops which show the quality of the various options, with the file size shown in brackets.

Because of the amount of noise present, adding any kind of sharpening simply exacerbates the problem.

We struggled to find evidence of chromatic aberration. The Nikon Coolpix S6400's lens is good quality although we did find it in some places. Even then, it's only faint.

The Nikon Coolpix S6400 only has a close focusing of 10cm. That's on the low side by today's standards. The advantage is that subjects with straight lines such as our memory card doesn't suffer from distortion. The image does start to blur as you venture out towards the edges of the frame but it looks good.

The Nikon Coolpix S6400 suffers from slight vignetting at the edges when at either wide-angle or full zoom, albeit only slightly at full zoom.

The red-eye function is operated in the flash menu, not in the Main menu. However, we found that the camera doesn't suffer from causing red-eye, so you shouldn't find it too much of a problem.

We took two pictures: one in Auto mode and one in Night scene mode. Night mode pushed the ISO up to 1600 to get as fast a shutter speed as possible. It only managed to get to 1/15sec while the one second exposure in Auto was controlling the ISO and capping it at 125. Ironically, the 1/15sec exposure would have still produced camera shake if I was hand-holding the camera. So the picture quality suffers in that mode for no reason in some cases.