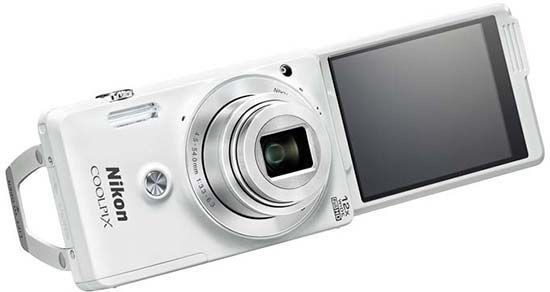 The Nikon Coolpix S6900 handles close-up pictures particularly well thanks to its ability to let you get ultra close to a subject – as near as 2cm – so that whatever you’re focusing on really fills the frame. Colours are natural rather than overly saturated, but on days with bright blue skies, as we enjoyed on a couple of our testing days, we were very pleased with the results.

Minor quibbles elsewhere include instances of visible purple pixel fringing between areas of high contrast and also, as mentioned in the main body of text, corner detail visibly softening at the very widest angle lens settings. Both of these issues are only really noticeable if you’re actually looking for ‘problems’ however.

In terms of shooting in lower light and towards the higher end of the manually selectable ISO range, with light sensitivity running up to an initially modest-sounding ISO6400, it’s worth remembering that this Nikon only fields a 1/2.3-inch sensor. Thus it’s no surprise to witness some visible softness across the frame at ISO1600 – even if noise/grain is kept reasonably well in check.

At ISO3200 detail is softening still, while at top whack ISO6400 we’re almost looking at an image that appears as if it is being viewed through the frosted glass of a bathroom shower cubicle. This is a roundabout way of saying that ideally we’d stick at ISO800, rising to ISO1600 if particularly pushed in order to get the most capable results from this Coolpix.

The Nikon Coolpix S6900 has seven sensitivity settings ranging from ISO125 to ISO6400 at full resolution.

The S6900’s 12x zoom lens achieves a maximum wide-angle focal length equivalent to 25mm, and is capable of a telephoto reach of 300mm (in 35mm-camera terms).

Here are two 100% crops - the right-hand image has had some sharpening applied in Photoshop. The out-of-the camera images from the Nikon Coolpix S6900 are slightly soft at the default sharpening setting and benefit from some further sharpening in a program like Adobe Photoshop. You can alternatively change the in-camera sharpening level to suit your tastes.

Given the range of the zoom lens, the Nikon Coolpix S6900 shows some purple fringing, with limited effects in areas of high contrast as shown in the examples below.

The S6900’s lens will focus as close as 2cm from a subject, however depth of field becomes very shallow at this extremely close distance.

The S6900’s built-in flash has four settings: Auto, Auto with red-eye reduction, Fill flash & Slow sync. Shooting a white surface from a distance of 1.5m, the flash provides even coverage with the lens zoomed in, though some vignetting is visible in the wide-angle shot.

Holding a camera steady at or near the 300mm-equivalent focal length the S6900 is something of is a tall order. Luckily Vibration Reduction saves the day and ensures shots like this stay crisp.

This setting automatically captures two exposures of a high-contrast scene to record shadow and highlight detail separately, then merges them into a single HDR image.

Easy Panorama just requires you to pan the camera whilst it captures and stitches the images into either a 180 or 360-degree panorama.