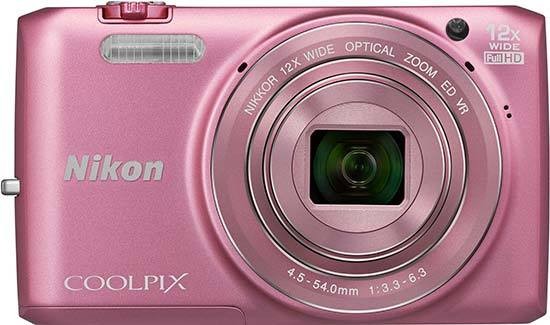 The Coolpix S6800 may be focussed on style and compactness over outright image quality, but it will snap a nice shot, providing you don’t scrutinise the results too closely. The camera’s exposure metering strikes a good balance between preserving shadow and highlight detail and, along with the punchy colour reproduction, means shots look bright and attractive straight from the camera. Auto white balance also acquits itself well, accurately capturing colour where similar cameras have come a cropper.

If you do view at 100% and pixel peep then the limitations of the S6800’s small sensor are visible. Some grain is present even at low sensitivities, whilst fine detail in landscape shots can look slightly smoothed and painterly. However these are issues which plague pretty much any camera with a 1/2.3” sensor and the S6800 deals with them fairly well.

Ramp up the sensor sensitivity for low light or to freeze a fast-moving subject and of course more image noise comes into play, but the camera controls grain well and eliminates colour speckling up to ISO800. Even ISO1600 is quite useable, though by ISO3200 the camera is losing the battle with noise. The maximum ISO6400 is best left as a marketing tool rather than a useful setting, such are the high levels of noise and detail smoothing.

Optical performance is also up to scratch as the lens keeps chromatic aberrations (purple fringing) to a minimum and maintains good corner sharpness. Distortion is minimal at wide angle, though there is a visible pincushion effect at the maximum telephoto end, although you shouldn’t notice it unless you shoot stark geometric subjects.

The Nikon Coolpix S6800 has seven sensitivity settings ranging from ISO125 to ISO6400 at full resolution.

The S6800’s 12x zoom lens achieves a maximum wide-angle focal length equivalent to 25mm, and is capable of a telephoto reach of 300mm (in 35mm-camra terms).

Here are two 100% crops - the right-hand image has had some sharpening applied in Photoshop. The out-of-the camera images from the Nikon Coolpix S6800 are slightly soft at the default sharpening setting and benefit from some further sharpening in a program like Adobe Photoshop. You can alternatively change the in-camera sharpening level to suit your tastes.

Shooting the Nikon Coolpix S6800 at its maximum 16.0MP resolution in Fine JPEG quality produces images 6-8MB in size. You can choose to downgrade to Normal quality at this resolution, whereby the file size roughly halves.

Given the range of the zoom lens, the Nikon Coolpix S6800 shows some purple fringing, with limited effects in areas of high contrast as shown in the examples below.

The S6800’s lens will focus as close as 2cm from a subject, however depth of field becomes very shallow at this extremely close distance.

The S6800’s built-in flash has four settings: Auto, Auto with red-eye reduction, Fill flash & Slow sync. Shooting a white surface from a distance of 1.5m, the flash provides even coverage with the lens zoomed in, though some vignetting is visible in the wide-angle shot.

Holding a camera steady at or near the 300mm-equivalent focal length the S6800 is capable of is a tall order. Luckily Vibration Reduction saves the day and ensures shots like this stay crisp.

This setting automatically captures two exposures of a high-contrast scene to record shadow and highlight detail separately, then merges them into a single HDR image.

Easy Panorama just requires you to pan the camera whilst it captures and stitches the images into either a 180 or 360-degree panorama.