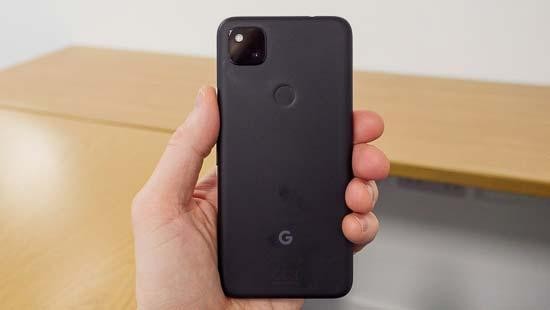 Google Pixel has never been one for 'numbers' in smartphone spec sheets, rather making great looking pictures with minimal fuss.

As mentioned, the same single-lens camera with maximum 12.2MP resolution remains, with an average JPEG file size of around 6MB depending on the shooting mode with a print size of around 13.5x10in at 300ppi.

There's also the option to record in RAW DNG format with an average file size of around 11MB although this does vary.

There's a huge difference between the same picture in RAW and JPEG format when viewed side by side. It is clear the extent of intelligent processing going on to create a JPEG image, squeezing the most amount of tonal detail out of the RAW image as possible.

In this case, the main benefit to shoot in RAW format is to apply your own exposure edits when the JPEG processing gets it wrong. Overall, there is little benefit shooting in RAW format with the Google Pixel 4a.

Detail in JPEG pictures viewed on a phone or tablet from the standard camera looks crisp (that's the 24mm f/1.7 lens). Sharpness is consistent from centre all the way to the edges and corners. Normally we'd expect more of a fall-off in the corners, but not so here.

We'd happily apply a 2x digital zoom where needed too, because we're pressed to tell the difference in the quality of detail - there's no over sharpening as to appear artificial. This of course then means that detail in your 'in-focus' subject in the Portrait mode is also crisp (you're effectively using a 2x digital zoom for this mode).

Overall the Google Pixel 4a's lens has a firm control over flare and ghosting. We've seen a little ghosting in very particular circumstances, but in general we have happily shot towards the sun without being concerned about unwanted lens flare.

Colours look pretty good. Overall, colours stay true to the ambient light. If it's a cloudy day, your pictures will look like they have been taken on a cloudy - there's no ugly overkill of increased saturation. In sunny conditions, pictures look vibrant, but again without being too saturated.

We think Google has been smart here - rather than processing images to be completely 'ready to go' from the start, they form a great starting place from which to apply those bright colour edits afterwards for sharing. It's harder to recapture natural and faithful colours from an overly saturated JPEG rather than generating extra saturation.

The effectiveness of Live HDR+ cannot be overstated. Like any phone, the dynamic range of the Google Pixel 4a is limited, meaning that without intervention tonal detail in highlight and shadow areas will be lost.

That's where Live HDR comes in. With independently working highlight and shadow sliders, you can affect the brightness independently. Want more detail in the sky? Bring down the highlight slider. Think the shadows look to bright? Darken them without affecting highlights.

With the highlight slider at its lowest setting and the shadow slider at its highest, you get a strong HDR look. The fact that you have independent manual control over the effect is brilliant - you'll probably want to override the camera's default setting.

Like any camera and especially true of small-sensor smartphones, the adverse effect of noise in image quality increases as you go up the ISO settings. There is no manual control over ISO and we have made observations over hundreds of different images in different scenarios and light levels (and therefore random ISO settings).

Yet with a fast f/1.7 lens and effective image stabilisation, the Pixel 4a is usually set below ISO 500 and there is not really any noise to speak of, meaning detail is sharp.

We've even enjoyed crisp detail in pictures on a cloudy day shot at around ISO 1000. Of course at higher ISO settings in low contrast light, detail is mushy because of noise.

If you are able to use the Night Sight mode, then detail in low light appears crisper. Provided you don't having moving subjects in your low light picture (and therefore unwanted blur from a long exposure), it's still possible to enjoy the benefit of Google's effective image processing for great low light images.

We've already (briefly) mentioned about the responsive and reliable phase detection autofocus and optical and electronic stabilisation, both of which positively impact image quality.

Thanks to good AF and stabilisation, the only real scenario that you are likely to see unwanted blur in your pictures is when panning too quickly using the Panorama mode or moving subjects in low light without flash.

The Google Pixel 4a's camera may not offer the best specification around, but it quietly and effectively makes lovely pictures. We've rarely binned photos on account of the camera's shortcomings.

In Portrait mode a blur is applied to the background using Google's AI to help your subject stand out. By default the image is saved twice - with and without blur applied. This enables us to compare the two versions and see how effective image processing is at applying blur.

Again, when viewed on a smart device, the blur effect looks good. There's even a creative and usually lovely-looking bokeh effect applied that is not always directly 'bokeh-ing' the original detail that it covers.

The effectiveness of blur application in the Portrait mode is of course impacted by the subject and their surroundings. The 'cleaner' the background and the 'simpler' the subject, the better the overall blur quality around the subject.

Certainly if the background is densely packed with detail, or the subject does not have a clear silhouette (or even when they do), blur application can miss the mark.

Once viewed on a larger desktop screen at 100% - in our case a 25in monitor - it is possible to locate clumps of detail around your subject without blur applied. Those bothering to view images in such a way are more likely to have the capacity to apply blur themselves to those missed areas.

In the grand scheme of things, we're impressed by the Portrait mode - it will take your candid portraits up a level compared to the standard camera and looks great on a smart device. Given this is all achieved entirely using image processing the results are really impressive.

What's more, Google has opened up the effect to any image taken on any camera using Portrait Blur in Google Photos.

The Google Pixel 4a has a single lens with an equivalent focal length of 24mm approximately - that's a 84° field of view. The digital zoom extends that focal length by up to 7x.

As with any small-sensor smartphone, the Google Pixel 4a has decent macro capabilities although it does not have a specific macro setting. The image below was captured with the phone's minimum focus distance - any closer in this scenario and the camera wasn't able to focus.

There is no specific HDR mode although pictures are by default processed HDR-like to bring out a wide range of tones. The degree to which this effect is applied can be manually tweaked using the 'Live HDR' highlight and shadow sliders, where the brightness in highlights and shadows can be independently adjusted.

Without manual exposure control you can't select shutter speed or ISO. However, the Pixel 4a is a very capable low-light shooter, with its champion Night Sight mode.

It's possible to get a sharp handheld shot in Night Sight with shutter speeds in the matter of seconds. For astrophotography though, you'll need a tripod for a sharp shot because exposure times are longer.