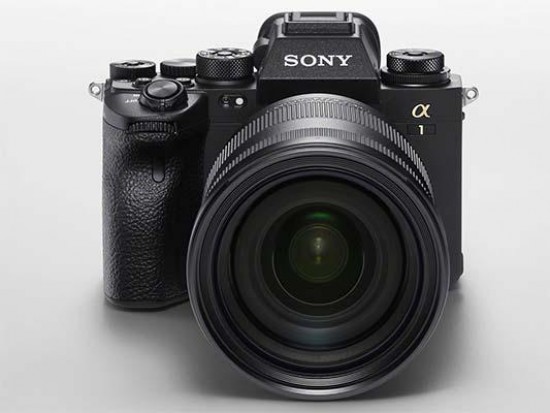 The Sony Alpha 1, or Sony A1 for short, is a brand new flagship full-frame mirrorless camera which boasts all of Sony's latest cutting-edge still photography and video technologies.

It sits right at the top of the Sony Alpha range, above the 61 megapixel landscape-focused A7R IV, 20fps sports-orientated A9 II and the 4K video-centric A7S III, with the cheaper A7 III all-rounder and the super-compact A7C positioned below those three models.

Other than the other Sony cameras that we've already mentioned, the Sony A1's main 35mm full-frame rivals are currently the Canon EOS R5, Nikon Z7 II and the Panasonic Lumix S1R.

So what makes the Sony Alpha 1 quite so special?

It has a stacked, back-side illuminated Exmor RS sensor with integral DRAM memory, much like the one in the A7S III, but whereas that camera focuses on video and subsequently only has 12 megapixels, the A1's sensor offers a whopping 50 megapixels with an expanded ISO range of 50-102400.

Whilst this still isn't quite as many as the A7RIV which has a 61 megapixel sensor, the Alpha 1 can shoot at a mind-boggling 30fps with full AF and AE tracking using its electronic shutter thanks to its pair of new Bionz XR processors - yes, you read that right, 50 megapixel JPEG and Raw images at 30fps!

The A9 II comes closest to this insane continuous shooting speed with its fastest 20fps rate, but it only has a 24 megapixel sensor, so you essentially get double the resolution and 50% more shooting speed on the Alpha 1.

The A7R IV is still the best choice of any Alpha camera if you really need the most pixels, but it can only shoot bursts at 10fps and only a standard rather than stacked CMOS sensor, which means that the A1 delivers better image quality at high ISO speeds in low-light situations.

If you do need even more resolution from the Alpha 1, it does offer the special Pixel Shift multi-shot shooting mode in which it takes 16 different images to produce a single, 199-megapixel image, although both the camera and the subject need to be perfectly still for it to work properly.

So the Sony A1 combines the high resolution of the A7R IV with the speed of the A9 II, but it doesn't stop there, adding 8K video into the already rich mix.

Yes, this is the first Alpha camera ever to offer 8K video recording, although it was beaten to that particular punch by last year's Canon EOS R5, which can also record in 8K.

The Sony A1 features 8K/30p 10-bit 4:2:0 XAVC HS video recording with 8.6K oversampling. There's an advisory 30 minute time limit in 8K/30p or 4K/60p to avoid overheating, but you can go well beyond that by using the High Temperature option.

Essentially, in the Alpha 1 you get the all of the A7S III's 4K capabilities with the not inconsiderable addition of 8K video.

The Sony A1's AF system has 759 on-sensor phase detection points that cover approximately 92% of the image area, just like the A7S III, although the A1 can only focus dowo to -4EV rather than -6EV.

The Alpha 1 checks the focus and metering 120 times a second versus the A9II's 60 times a second, which should make it even more adept at tracking moving subjects than Sony's most sports-focused camera.

As well as more focusing speed, Sony have further improved their renowned Real-time Eye AF system for humans and animals and also added a brand new feature, Real-time Eye AF for birds, for the first time on any Alpha camera.

It's also possible to choose the colour of the focus frame to suit your needs, move the focus frame even when the shutter release or the AF-ON button are half-pressed, and use the LCD touchscreen for touch-tracking whilst looking through the viewfinder.

Looking through the A1's viewfinder is a real pleasure as it takes the A7S III's incredible 9.44M-dot OLED Quad-XGA EVF with 0.90x magnification and then doubles the refresh rate up to 240fps, which helps to ensure no black-out occurs when shooting those 30fps burst sequences.

Both the low-vibration mechanical and electronic shutter have been improved. With a 500,000 shot lifespan, the A1's mechanical shutter allwos for flicker-free shooting under fluorescent/artificial lighting, as does the electronic shutter, which also achieves about 1.5x less distortion than the A9 II.

The clever anti-flicker mode automatically detects and adjusts for the presence of fluorescent or other artificial lights to prevent exposure and colour anomalies from appearing in the final image, as well as exposure and colour inconsistency between continuous shots.

All four of these cameras - the A1, A7R IV, A9 II and A7S III - share exactly the same 5-axis in-body image stabilization system, which provides up to 5.5-stops of compensation, although the A1 and A7S III do also have a special Active Mode that increases stabilization during hand-held movie shooting.

It does inherit the the same clearer menu structure and upgraded touch control first introduced by the A7S II, though, rather than the much-criticized crippled touchscreen and more complex menu system of all the earlier Alpha models.

The Sony A1 also has the potential to shine in the studio, thanks to its class-leading Flash Sync capabilities. It provides a flash sync speed of 1/400th sec using its mechanical shutter, the world's fastest, increasing to 1/500sec if you shoot in the APS-C format. If that wasn't enough, it also offers 1/200th second sync speed using its completely silent electronic shutter - you can even use the flash when shooting at 30fps!

Sony have also listened closely to their existing base of pro photographers and fully weather-sealed the Alpha A1.

The doors for the battery compartment and memory card slots use a double-sealed sliding mechanism, rather than being hinged, which should help to beef-up the camera's dust and water durability.

As you'd expect from a professional-level camera, there are dual memory card slots that can be used for either SD UHS-I/II compliant memory cards or faster CFexpress Type A cards.

This new camera has a raft of connectivity options, inclduing a built-in 1000BASE-T Ethernet terminal, flash sync port, USB Type-C port which uses the latest, fastest 10Gbps 3.2 Gen 1 standard to either charge the camera or power it on the move, micro-B USB port for various Sony accessories, full-size HDMI port and a wi-fi connection which supports dual 2.4/5GHz, the latter with 2x2 MIMO support (IEEE 802.11a/b/g/n/ac), and FTP transfer of still and movie files that's 3.5x faster than on the A9 II.

Up to 10 sets of camera settings can be stored in a memory card, with saved settings able to be read by other cameras of the same model.

Other features that will please pro photographers include the ability to attach a 60 second long Voice Memo to an image with automatic transcription into text, enhanced remote shooting via the Remote Camera Tool 2.1 software, and you can save up to nine different FTP settings.

The digital audio interface has been added to the camera’s Multi Interface Shoe, enabling the new ECM-B1M Shotgun Microphone or XLR-K3M XLR Adaptor Kit to be connected directly to the Sony A1 for better audio recordings.

The Alpha 1 uses the now familiar NP-FZ100 battery which provides 430 shots per charge when using the EVF and 530 when using the LCD monitor. The optional VG-C4EM grip doubles the battery life and adds vertical controls.

In terms of its control layout, the Sony A1 looks like any other recent Alpha camera, particularly the A9 II.

If you were hoping that the Sony A1 would radically deviate from the tried and trusted Alpha blueprint, then you'll be sorely disappointed.

Indeed, at first glance the A1's external control layout looks identical to the A9 II's, but take a much closer look and you'll notice some subtle differences.

There's been a slight reworking of the A9 II's drive mode/focus mode dials on the left-hand side of the top-panel to include the new H+ setting, which is essentially the 30fps burst mode when using the electronic shutter, and the dial itself is now thumb- rather then forefinger-operated.

The A1 also has a slightly taller handgrip than the A9 II that makes it easier to wrap all four fingers around, and on the front the inclusion of the dedicated white balance sensor that was first featured on the Sony A7S III.

On the rear the one-touch movie record button is ever-so-slightly larger than the one on the A9 II, but otherwise the two cameras are nigh-on identical to each other.

We'll be updating this page of our Sony A1 review with even more detailed impressions very soon...