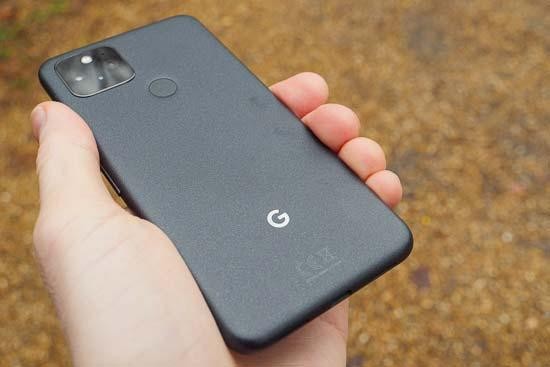 The Google Pixel 5 and Pixel 4a 5G share an identical camera and therefore the same image quality, though there are some extra features in these phones over the entry-level Pixel 4a for added versatility.

The dual camera setup offers a maximum 12.2MP resolution in the standard mode and 16MP in the ultrawide setting, with 6MB average JPEG file sizes, depending on the shooting mode.

There's also the option to record in RAW DNG format with an average file size of around 15MB, although this does also vary.

We see a huge difference between the same picture in RAW and JPEG format when viewed side by side, making clear the extent of intelligent processing going on to create a JPEG.

There's little more that can be done manually from RAWs that isn't already being done, ergo there is little benefit shooting in RAW format at all.

Video quality and versatility is decent. Stabilised 4K video up to 60fps is not to be sniffed at! Also, the 4x slow motion setting and timelapse modes boast high quality end results.

In bright light, detail from the standard camera looks crisp when viewed on a phone or tablet. Sharpness is consistent from centre all the way to the corners, with very little fall-off.

The 'ultrawide' camera is softer and exhibits more noise, plus there is obviously more distortion in the corners including chromatic aberrations - revealed further by seeing the unedited RAW versions.

Really, smartphone wideangle lenses are typically soft. However, the Pixel 5's 'ultrawide' camera is decent as far as such cameras go and where needed we'd still happily use it.

Overall, the standard camera has a firm control over unwanted lens flare and ghosting. We've seen a little ghosting when shooting towards the sun, but in general it's an admirable performance. However, the ultrawide camera is more susceptible to flare.

Colours are understated, mainly staying true to real world conditions. It's a different approach to most other camera phones that usually snap vibrant 'like-worthy' pictures.

Ultimately, for most people, Pixel pictures benefit from a tweak to increase contrast and vibrancy. This can be achieved in-camera via a swathe of presets or manually using the adjustment sliders.

For us keen image-makers, creating a solid base image to then spend a minute editing is a better approach than conversely trying to claw back some reality.

We also really appreciate the effectiveness of Live HDR. Auto HDR is fine for most scenarios, but a phone can't read your mind.

That's when the option to independently work highlight and shadow brightness sliders is so handy. Want more detail in the sky but lock shadow brightness? Bring down the highlight slider. Want a low key effect? Darken both sliders.

You can still get the strong HDR effect too, by bringing the highlight slider to its lowest setting and the shadow slider to its highest.

There is no manual control over ISO, so it has not been possible to compare identical images at all of the ISO sensitivity settings. Our observations about noise are made over numerous images in different scenarios and light levels (and therefore random ISO settings).

Packing a standard camera with a fast f/1.7 aperture lens and effective image stabilisation, the Pixel 5 is usually set below ISO 400 where there is little noise to speak of, meaning detail is sharp. Again, the ultrawide camera suffers more from noise than the standard camera.

Of course, the adverse effect of noise on image quality increases as you go up the ISO settings. For cleaner detail, ideally, the camera would not be set above ISO 800. Any setting above this possesses mushy detail.

We've already (briefly) mentioned about the responsive and reliable phase detection autofocus and optical and electronic stabilisation, both of which positively impact image quality. Wayward AF and motion blur are otherwise typical causes of soft detail in many smartphones.

This camera does not offer the best specification around, but it quietly and effectively makes lovely pictures. We've rarely binned photos on account of the camera's shortcomings.

In Portrait mode a slight crop is introduced and blur is applied to the background to help your subject stand out, using Google's AI.

By default the image is saved twice - with and without blur applied. This enables us to compare the two versions and see how effective image processing is at applying blur.

When viewed on a phone, the blur effect looks good. There's no choice of bokeh shapes like you might get in other phones, but we find that feature a tad gimmicky anyway.

When viewed closely, it is possible to locate occasional clumps of detail around your subject without blur applied, especially around hair. For context, those sharp enough to notice this in the first place are more likely to have the capacity to apply blur themselves to those missed areas.

Overall, we're still impressed by the Portrait mode - it will take your candid portraits up a level compared to the standard camera and looks great on a smart device.

Google has also opened up the blur effect to any image taken on any camera by using 'Portrait Blur' in Google Photos.

The Google Pixel 5 has a standard camera with an equivalent focal length of 24mm - that's a 84° field of view. The digital zoom extends the standard focal length by up to 7x. The ultrawide camera has a 0.6x magnification (that's 15mm approximately) and 107° field of view.

Like any small-sensor smartphone, the Google Pixel 5 has decent macro capabilities although it does not have a specific macro setting. The image below was captured with the phone's minimum focus distance - any closer in this scenario and the camera wasn't able to focus.

You don't get a HDR on/ off control - HDR is applied automatically. The degree to which this effect is applied can be manually tweaked using the 'Live HDR' highlight and shadow sliders, where the brightness in highlights and shadows can be independently adjusted.

Without manual exposure control you can't select shutter speed or ISO. However, the Pixel 5 is a very capable low-light shooter using the Night Sight mode.

In low contrast light, it's possible to get a sharp handheld shot using Night Sight, which ensures a bright image especially in shadow areas. The astrophotography mode demands a tripod for a sharp shot because exposure times are longer.