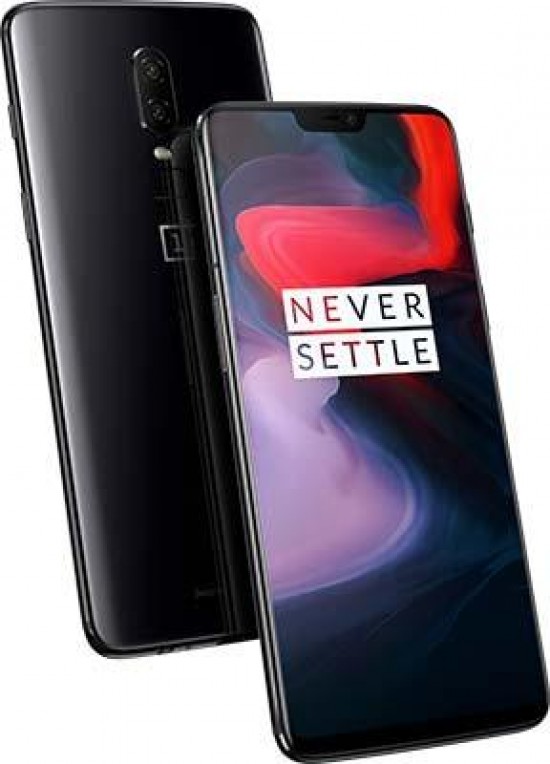 OnePlus’s latest smartphone is another model designed to compete with the likes of Samsung Galaxy and Apple iPhone models, but at a much cheaper price.

The tagline of the OnePlus 6 is “the speed you need”, and has been designed to be quite different from the last few OnePlus phones. There has been upgrades to the screen, the design of the phone, the camera and battery.

In terms of the camera, it uses a dual-camera setup, with a 20 megapixel and 16 megapixel sensor, both equipped with f/1.7 aperture lenses. The second camera (the 20 megapixel device), is used for detail, and for the portrait mode - it’s not used as a telephoto lens, such as you might find on several current flagship phones, such as the Huawei P20 Pro, iPhone X or the Samsung S9+.

A re-addition for the OnePlus 6 is optical image stabilisation, something which was missing from the OnePlus 5 and the OnePlus 5T. This is aimed at making the OnePlus 6 better equipped to take good shots in low light. There’s also 4K video recording at up to 60fps, as well as super slow motion video which can be recorded for up to a minute.

The sensor’s also had its pixel size increased to 1.22 microns, which represents a 19% increase and has been designed to capture more detail, without adding too much noise.

Pricing for the OnePlus 6 starts at £469, representing a significant saving when comparing it to the majority of high-end flagship smartphones.

The OnePlus 6 is almost the same size as its previous devices, the OnePlus 5T and the OnePlus 5, but it has a bigger screen thanks to a much slimmer bezel. The 6.28-inch screen is the largest OnePlus display to date - and also incorporates a notch at the top of the screen, just like you’d find with an iPhone X or a Huawei P20 Pro. The navigation bar previously found at the bottom of the screen has been removed, to make way for gesture control.

Constructed from glass, the OnePlus 6 marks a departure from the metal bodies of the previous devices. OnePlus says that it wanted to emulate the look and feel of ceramic phones, but without the fragility and weight. While you may think glass would also be fragile, this is Corning Gorilla Glass 5, with the company’s own tests show that the OnePlus 6 is just as resilient against being dropped as any previous phones.

There are three colours available - “Mirror Black”, “Midnight Black” and “Silk White”. The latter of the three is a limited edition, so may be more difficult to get hold of. We’ve been using the Silk White edition to review the phone - it’s a very attractive finish, with a pearlescent sheen which has a premium look about it. Mirror Black features a shiny surface, which is very prone to fingerprints - Midnight Black uses a matte finish and is much more resilient to smudges.

In the box you’ll find that the phone comes ready equipped with a screen protector. This is a good way to help keep your screen from picking up scratches, but you might want to remove it if you want the “cleanest” view possible of the screen. Also included in the box is a rubberised phone case. Again this detracts somewhat from the clean sleek lines of the phone, but helps to protect it from scuffs, marks and scratches. Other phone cases are available to buy separately.

You can unlock the phone in a number of ways. Setting up Face Unlock enables very quick unlocking of the screen, while you can also set up a password or pattern. If you just want to access the camera though, you don’t need to fully unlock the phone, and instead the native camera app can be accessed by swiping up from the bottom right hand corner. If you do that, you’ll only be able to view images you’ve taken in the current session - fully unlock the phone to see more images.

The native app has a very simple and clean layout, which is refreshingly simple to use. Along the bottom of the screen, you’ve got three choices - Video, Photo and Portrait. The Portrait Mode is a shallow depth of field effect mode, which can be used for photos of people, as well as creating shallow depth of field effects with other subjects, such as animals, plants and so on.

Along the top of the screen in standard Photo mode, you’ve got a few options which you can toggle between, including switching HDR on and off, switching the aspect ratio, turning the flash and the timer on/off.

You’ll see on the screen a circle with “1x” inside it. If you tap it, it’ll change to “2x”. You can use this to activate the digital zoom - despite the fact that the OnePlus 6 has two lenses, the second one is only used for detail, not as a telephoto zoom. You can zoom in even further by using a pinching motion on the screen - up to 8x is available. Any time you want to go back to the standard “1x” option, simply tap the circle on the screen.

Tapping around the screen allows you to change the autofocus point. You’ll also see when you do this that a slider appears which allows you to adjust brightness (or exposure compensation).

Portrait Mode is something which is becoming very popular among smartphone manufacturers. In essence, it recreates the look of using a DSLR or CSC to create a shallow depth of field effect. A fun addition for the OnePlus 6 is “Light Bokeh”, which gives you the option to choose differently shaped bokeh, such as orbs, stars and hearts. Although there’s just three options right now, it’s more than possible that OnePlus could add other bokeh shapes with software updates at some point in the future.

In Video mode, you’ll be able to tap an icon at the top of the screen which allows to choose between the different resolutions. You’ve got the choice starting from 720p all the way up to 4K at 60fps. Considering this is a mid-range smartphone, having 4K at 60fps is quite an advanced feature.

If you want to get a little more complicated, you can swipe up from the bottom of the screen to reveal a few extra modes. Most intriguing of all of these is the “Pro” mode, which means you can adjust a variety of parameters, including white balance (you can even set custom white balance options), ISO, shutter speed, focus type and exposure compensation.

Interestingly, you can also shoot in raw format - something which is relatively rare, especially at this segment of the market. In the Pro mode, a couple of extra features which could prove useful are a histogram and a horizontal reference line (a level for helping when shooting landscapes). Also in Pro mode you can set the exposure point separately from the focal point. Tap the point on screen you want to use to expose from, then drag your finger across the screen and you can select a separate focal point. For some reason, flash is not available when shooting in Pro mode.

Slow-motion video mode can also be accessed by swiping up from the bottom of the screen. You’ve got the choice b between 480fps (720p) and 240fps (1080). Other modes available in the swipe up menu include Time-lapse and Panorama.